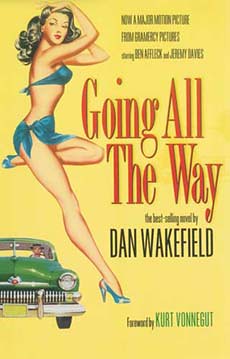 Kurt Vonnegut was wrong. In a satirical review in Life magazine of Dan Wakefield’s first novel, Vonnegut concluded from reading “Going All The Way” that Wakefield would not be able to move back to Indianapolis, forced to forever watch the Indy 500 on television.

“It’s the only book review I have ever seen that uses the word ‘putrid,’” jokes Wakefield. In truth, Vonnegut and Wakefield were great friends, and Vonnegut never passed up an opportunity for his classic satirical banter. Not only does Vonnegut use the word “putrid” but also gives his “Word of Honor” that the book is good. It sold over a million copies.

Two years ago, Wakefield quietly moved back to Broad Ripple, around the corner from where he grew up. “I could have moved into my third grade classroom,” said Wakefield referring to the condos of repurposed School 80.

When asked why, after teaching for the last 17 years in Miami at Florida International University (FIU), would Wakefield move back to Broad Ripple simply responded, “The Central Library and The Red Key.”

The Red Key is a vintage bar, renowned internationally as one of the top best bars in the world for book nerds. Along with The White Horse Tavern in Greenwich Village and Vesuvio Cafe in San Francisco, these are the only ones to make the list in the United States. “Vonnegut supposedly hung out at The Red Key, but there isn’t proof of this,” said Wakefield. “But it’s his kind of place.”

Wakefield started writing in elementary school at School 80, for the Rippler. While at Shortridge, he wrote the sports column on Thursdays for the Daily Echo. Dick Lugar wrote the column on Tuesdays. Max Schumacher, president and CEO of the Indianapolis Indians, was in the same class.

One summer during college, Wakefield worked for the Indianapolis Star and had “a great time.” After graduating from Columbia University, Wakefield was offered a fellowship at Harvard. He spent the majority of his life living in Boston, although he lived for a time in New York City and Hollywood before moving to Miami.

His first novel and bestseller, “Going All The Way,” was made into a movie two decades after it was published. Wakefield had another novel turned into a movie, “Starting Over,” in 1979. “I had to buy my own movie ticket to see ‘Starting Over,’” shares Wakefield. 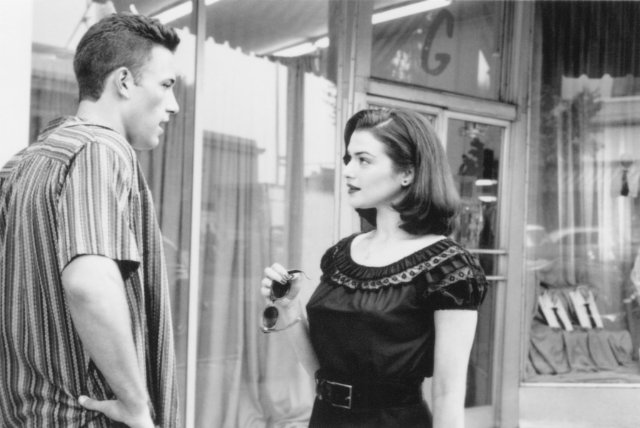 When director Mark Pellington contacted Wakefield about making “Going All The Way” into a movie, he asked Wakefield to write the screenplay.

“Mark read my book off his father’s bookshelf. He wanted to keep the essence of the novel, honoring the original setting in the ’50s, whereas other initial offers for the movie rights wanted to modernize it,” said Wakefield.

Much of the filming of “Going All The Way” – starring Jeremy Davies and Ben Affleck – was filmed here in Indianapolis. The filming locations included The Red Key, Crown Hill Cemetery, Herron Art School, Fountain Square and the Broad Ripple High School football field. “We had a great time filming,” shares Wakefield. “I was able to get a dozen of my high school friends into the film as extras.”

One funny side story about the movie is that a scene was filmed inside an art museum, which was really Herron. To create the artwork used in the scene, the producers held a contest for the students at Herron to create the ugliest, worst piece of modern art possible, with the winner’s piece used in the film. “I had friends from Boston and New York trying to guess which notable artist created that piece,” laughs Wakefield.

Wakefield lived on Winthrop and 62nd Street, in a double with his grandma living in the other half. Wakefield remembers sitting up on the roof, looking for enemy planes during WWII. This memory came back to him while he was walking through Boston and thought, “If I could explain why a 9 year old boy would be on a rooftop in Indianapolis during WWII watching for enemy planes, I would have a novel.” This became “Under The Apple Tree.” Inspired by an older cousin who was a tailgunner on a B17 in the Army’s 8th Air Corps, Wakefield had another bestseller.

Before leaving for Miami, Wakefield became a member of King’s Chapel in Boston. This is the oldest continuing pulpit in America and is on the Freedom Trail. It was through joining this church that Wakefield expanded his writing into the spiritual realm. He describes finding a church is like, “falling in love. Each church is beautiful, but what attracts is the deep chord of resonance”  you feel when it touches your soul. That is the feeling of spiritually coming home.

Wakefield found inspiration for his latest work from his relationship with his Goddaughter. While teaching at FIU, he was befriended by a Cuban family. The youngest daughter, Karina, Wakefield met when she was just 3 years old. He became her Godfather. “I knew when I met her that she was special, so sweet, so adorable, and we just had a connection,” shares Wakefield, who has been married twice and had never wanted children. His latest book is a memoir of his relationship with Karina. 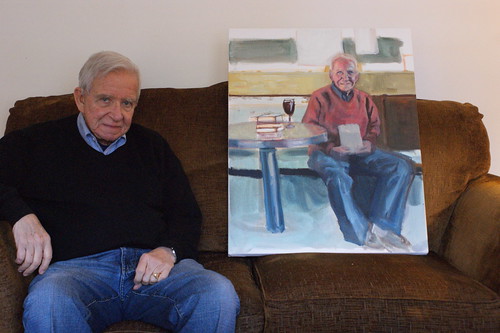 One time, while walking home after having lunch with Kurt Vonnegut in NYC, Vonnegut said, “We never had to leave Indianapolis. There are people there just as kind, just as mean, just as smart, and just as dumb as any place else.”

Wakefield worked on two projects for Kurt Vonnegut, both after his dear friend passed. The first was “Kurt Vonnegut Letters,” which was edited by Wakefield. The other is a collection of graduation speeches that Vonnegut had made over his lifetime. “If This Isn’t Nice, What Is?” is a result of those efforts. “It started when the estate attorney called me up and asked if I would look through some boxes of Kurt’s to see if there was anything to work with for publishing. I found the graduation speeches to be worthwhile,” shares Wakefield.

Broad Ripple has changed a bit since Wakefield left. Fortunately, he discovered The Red Key was still the same. As we walk away from Hubbard & Cravens, Wakefield recalls attending a film at The Vogue in 1938 when he was 6 years old, the year it opened. Wakefield asks me, “When did Broad Ripple start calling itself a ‘village?’”

Girls about Town – Going Pink for ...