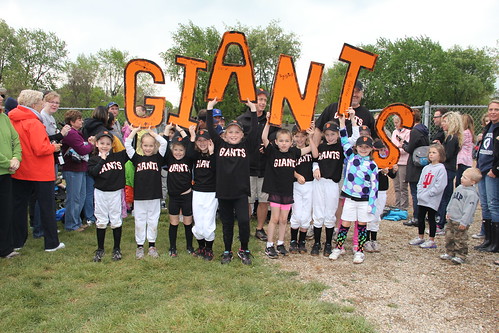 In today’s world where there are never enough hours in the day, it would seem strange to see parents going to watch youth sporting events their children are not participating in. Yet that is the environment the Broad Ripple Haverford Little League fosters.

“Its kind of like a throwback to the ‘50s,” Dave Stevens, vice president of baseball for the league, said. “It’s very family friendly, its very community focused, it’s a really positive environment. There’s not screaming and yelling. Everyone tends to be very respectful.”

The league was founded in 1957, with the first diamond being located behind the Moravian Church. That diamond is still in use today, but the league that began with 60 players has blossomed into a league with 650 participants comprising 51 baseball and softball teams.

In an age where youth baseball is losing ground to the likes of football and soccer, the Broad Ripple league continues to experience growth.

“The trend has been continual growth,” incoming league president Alan Pyrz said. “People keep coming back to the league and more and more kids keeps coming in.”

Stevens attributes the popularity in large part to the fact that the talented players are staying in the community league rather than joining travel teams.

“That trend has really crushed a lot of the little leagues in Central Indiana and when I talk to some of my national baseball contacts, they say it is a national epidemic,” he said. “We’ve been able to keep those better players and at the same time make sure there’s always a spot for the kid who isn’t one of the best players, but he is always welcomed by his teammates.”

Stevens also said the league is unique in that it draws from over 15 schools in the area. While this means kids may not have friends on the team when the season begins, long-lasting friendships are quickly formed.

“Kids show up on teams and don’t know anyone else on the team,” Stevens said. “By the end of the season, they have 11 new friends they didn’t have before. When they are at some camp or are together, they run into kids they knew at Haverford that they wouldn’t have otherwise known.”

WARMfest: Breathing Life & Awareness Into the ...

Broad Ripple Asset to Be Part of ...