A Canal Runs Through It

One of Broad Ripple’s most distinctive features is the Central Canal that runs through it. First intended to extend almost 300 miles from Peru, Indiana, all the way to Evansville, the Indiana Central Canal never fully met its construction expectations due to economic struggles and the unfortunately timed onset of railroad travel. 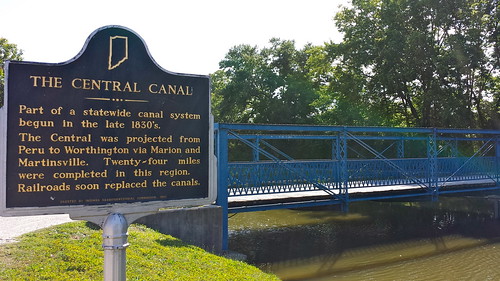 Now, the only true portion of the canal to survive since its inception—The Indianapolis Division of the Central Canal—is a landmark for the city it bisects. Officially opened in the summer of 1839 to serve as a vital link in the transportation of goods from Broad Ripple to Indianapolis and as a water supply source for area mills, the canal now mostly represents a scenic route for recreational activities and is home to many a turtle (from as many as six species) and water fowl. Despite its historical failure, the canal was named an American Water Landmark in 1971 by the American Water Works Association.

While Indianapolis is certainly no Venice, ever since the 2001 completion of the Canal Walk, a 3-mile loop downtown amid White River State Park, the waterway has added gondolas and paddle boats, allowing Indy residents and tourists to experience the canal up close. Others prefer a more personal approach and have chosen instead to enter it sans boat—namely a certain Colts punter. In 2008, the city even cleaned the canal to allow for the swimming portion of a downtown triathlon, though some participants were wary of its murky depths. 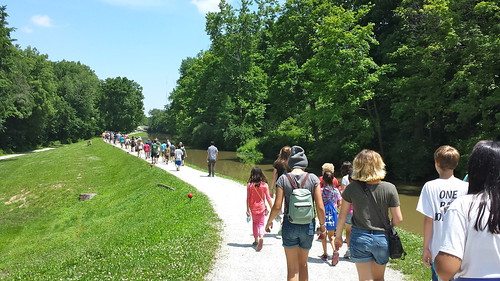 The Central Canal Towpath, which begins at the Broad Ripple portion of the Monon Trail, follows the canal for 5.23 miles, connecting Broad Ripple to landmarks such as Butler University and the Indianapolis Museum of Art. Ending at 30th Street, the trail connects with the White River Greenway. Plans to expand the greenway to 16th Street, as well as connect it to the Fall Creek Greenway, have been proposed.

WARMfest: Breathing Life & Awareness Into the ...