Heating Up Those Cold Winter Blues 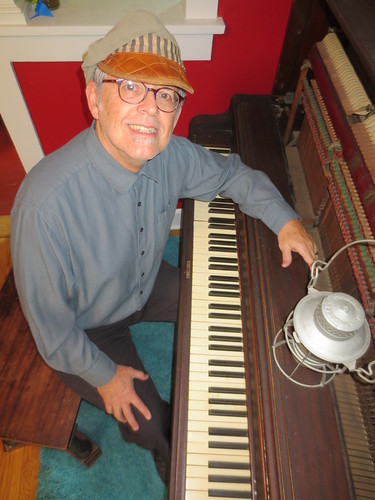 Now is the time for people to go out and see arts events, even in the dead of winter. It’s easy to see plays, films, art exhibits and concerts in the warm months, but many a business have closed due to a long, cold winter. An event made specifically for such a challenge is the Fifth Annual Indy Winter Blues Fest at Birdy’s Feb. 14.

One of the artists taking the charge in getting people out of their arts hibernation is Kokomo band leader Mike Milligan, who oragnizes the festival. The festival is an evening of live blues from all Indiana artists. Milligan, whose band is also on the line-up, said the festival came out of necessity.

“I was home on a Friday night, playing guitar and I asked myself ‘Why am I not performing tonight? How come nobody is performing in the winter?’ Usually when things don’t happen, I make them happen,” Milligan said.

This year’s line up features Blind Boys and the CNI Dawgs, Craig and the Crawdads, Mike Milligan and Steam Shovel and the Governor Davis Band. Besides being the festival organizer and one of the artists performing, Milligan is also a fan.

“This is a really good chance to see other bands that I like to listen to. As a musician, I’m usually performing, so I don’t get to see other bands. With this festival, I not only get to perform, but I get to see some fellow musicians that I haven’t seen in a while,” Milligan said.

Blind Boy and the CNI Dawgs have been a central Indiana staple for years. The band takes music from the early and middle part of the 20th century and add some modern musical grit: raw Mississippi blues, Indiana style.

The Craig in Craig and the Crawdads is Bloomington-area piano guy Craig Brenner, one of the Hoosier state’s unofficial ambassadors of New Orleans music. Brenner has released several albums, including his 2014 release “Live at The Old Mint,” his most diverse album to date.

Milligan and his band Steam Shovel are the epitome of the Kokomo Boogie. A rollicking, guitar trio with a dash of soul. Milligan was bold enough to cover Marvin Gaye’s “What’s Goin’ On” on one of his albums. He’s recorded several albums on his Mojo Hut label and has been seen at venues as diverse as house parties in Kokomo to the House of Blues in Chicago. 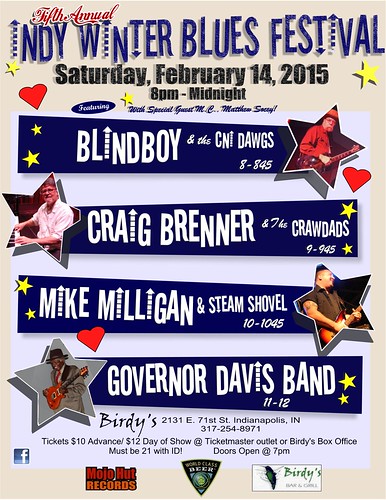 Governor Davis, of the Governor Davis Band, has been a one of the faces of Indiana blues for decades. His showmanship, along with his singing and guitar playing, make him a blues hat-trick.

Birdy’s has been a live music staple in Indianapolis since 2000, featuring a diverse collection of local, regional and national acts gracing the stage. Recent bands include Rusted Root, Big James and the Chicago Playboys and Toby Lightman. Then up-and-coming acts like Robert Randolph and the Family Band, Joe Bonnamossa, Nickel Creek, and Drive By Truckers are a part of Birdy’s history and wall of framed publicity photos.

Matthew Socey is host of THE BLUES HOUSE PARTY, FILM SOCEYOLOGY and the producer of STOLEN MOMENTS for WFYI 90.1 FM. He will also be the M.C. for this event.

Two Schools United by One Mission