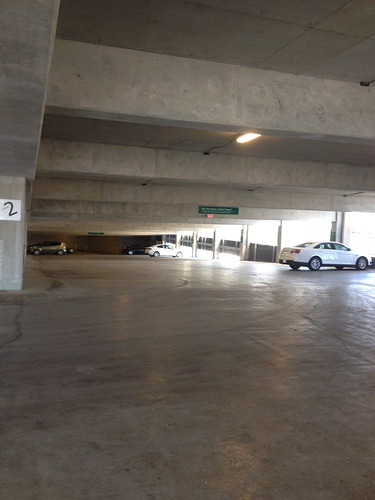 Writer  /  Matthew VanTryonBroad Ripple brings in plenty of visitors each weekend to occupy its plentiful tourist attractions. However, those visitors may struggle to find a parking spot. “Parking is a little bit of a cluster,” Tracy Thomas, a regular visitor to the Broad Ripple area, said. “The guys do a nice job with the pay lots in the evenings on Friday and Saturday nights, but besides that, it’s hard to find parking in this area.”

A parking garage opened in April 2013 that has been used sporadically. However, incoming Broad Ripple Village Association president Elizabeth Marshall said the garage is being used during peak times.

“It’s not that the garage is not being used,” Marshall said. “Thursday night, Friday night, Saturday night is when we have traditionally had a parking shortage. We knew when the garage was built that it was for those peak times. It is being used during those times, but I think people feel like it could be better utilized.”

Marshall said the garage was built with the intention of implementing a parking permit program on the streets, but the permit program plans are still in progress.

“We ran into some complications determining who would run the parking permit program, who would monitor it,” she said. “Some people don’t want to pay for a permit to park on their own street. I don’t know what (the permit program) would look like or if there’s even going to be one.” Marshall said the association is considering other restrictions on street parking to increase public safety.

Austin Burriss, a regular visitor to Broad Ripple, uses the parking garage consistently. “I use it every time I come. I can depend on it,” Burriss said. “I park in the same place every time I’m here, so it makes sense and I feel like it’s safe.” 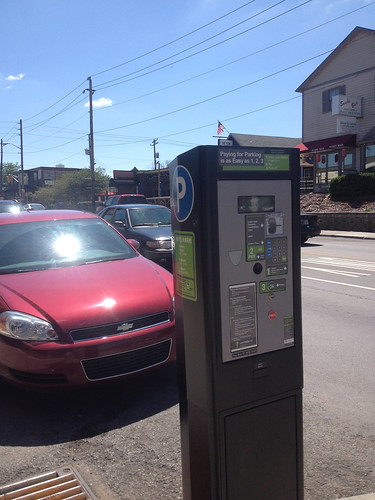 Burriss said he hopes once more businesses and bars go up in the immediate area, garage use will increase. “Once they get businesses out here, hopefully people will want to park in here,” he said. “Right now, none of these places are even open during the day at all, so there’s no reason to.”

Adam Bustamante, who works at Ripple Bagel and Deli, says he regularly sees the streets filled and the garage empty. “I’ve been out here Friday and Saturday nights, and Guilford will be backed up to Kessler. But I’ll drive by the garage and it’ll be desolate.”

Thomas said the village could advertise the garage more effectively. “People are creatures of habit and I think that’s why it’s not being used. I think they need to put signs around (the northwest side of Broad Ripple) saying there is more parking available in the parking garage.”