Rob Sabatini Has the Best Seat in the House 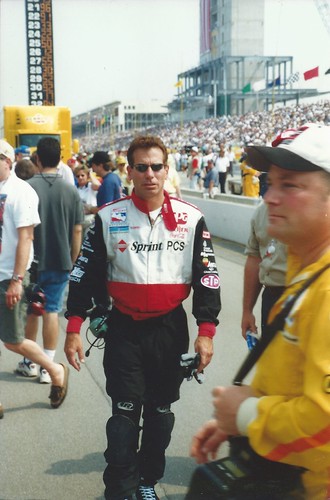 Growing up, former Purdue football player Rob Sabatini had two goals: he wanted to own a bar and be a race car driver. While he has accomplished the first objective, he has come as close to the latter without actually being behind the wheel.

Sabatini has attended every Indy 500 race since 1961, except for one, and he still hasn’t forgiven Logansport High School for scheduling his graduation on race day.

A few years after moving to Indianapolis, Sabatini met Fred Treadway. Sabatini was an experienced food and beverage manager who longed to open a bar. Treadway helped make that dream a reality. Between 1992 and 1995, Treadway and Sabatini opened the Mineshaft Saloon, Rock Lobster Nightclub and Average Joe’s Sports Pub, creating a trifecta of bars that helped form the Broad Ripple Avenue strip.

Quickly the clubs attracted race fans during the month of May. It wasn’t long before Sabatini ran the “Front Row Party” for the Indy 500 drivers, crew and guests. Longing to be more closely involved with racing, the price tag to do so was rather high until fate intervened. The Indy Racing League was formed in 1996 following the split from CART, allowing a window of opportunity for Treadway to start a race team with legendary racer Arie Luyendyk as his driver. This gave Sabatini a chance to join the team and live out his dream.

“The IRL offered me an opportunity to become an actual IndyCar crew member,” shares Sabatini. “I remember my first 500 walking out of Gasoline Alley and being so excited, I went back to the garage so I could walk out again!” 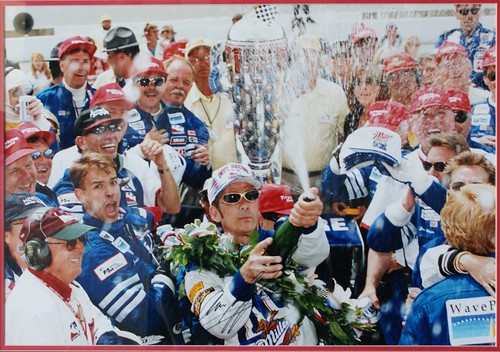 His position with the team was as the pit-board man. A pit-boarder’s job is one of the most dangerous on race day. The position entails being between the track and pit row in the narrow gap between the small concrete barriers conveying information to the driver such as when to pit, position and lap numbers. If the radio fails, the pit-boarder is the only source of communication between the driver and the crew.

“I was the closest guy to the driver,” says Sabatini. “If the car ran over a piece of debris, the crew chief would have the driver pull up close to the wall so I could assess for potential damage. In that position, you are IN the race.”

Sabatini absorbed every adrenaline-rushed minute of it, claiming he had the best seat in the house. Due to safety concerns, the position was eliminated in 2014 after Mayor Greg Ballard was hit with debris at the start of the inaugural Grand Prix of Indianapolis. But while it was in play, Sabatini claims, “I am not sure which I enjoyed more, the racing element of danger or cheating death every race.”

The last race Sabatini crewed was in 2013. However, it was the 2011 Indianapolis 500 that, unfortunately, was the race that proved to be the biggest disappointment of the 18 Indy 500s he participated in. Leading with one lap remaining and with his National Guard team ahead by more than four seconds, rookie driver J.R. Hildebrand hit the wall on the last turn of the last lap, handing what moments before was certain victory to the late Dan Wheldon and crossing the finish line second in his crashed car. 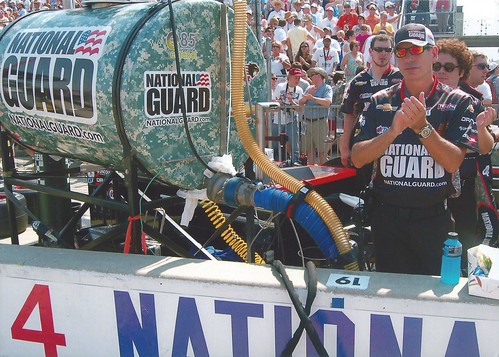 “It was unreal,” recalls Sabatini. “My heart was pounding and my adrenaline was jacked, and just that quick it was over. I recall sitting on the wall with team manager Chris Moyer and engineer David Cripps just shaking our heads in disbelief. The replays played for months, and every time I thought, maybe this time it would end differently. Apart from being part of Arie Luyendyk’s crew that set the one and four lap qualifying records and was victorious in the 1997 Indy 500, the 2011 race will always stand out as one of the most emotional moments of my life.”

“I am so grateful to Fred Treadway,” says Sabatini. “He not only financed my dream to own a bar, but also started an IndyCar team, allowing me to live my childhood dream.” Sabatini bought out Treadway in 2008, but the two remain close.

And while not currently involved with a race team, Sabatini continues to spend time at the track. Last year he worked with Indy 500 event coordinators to help handle green room and pre-race logistics. “LeAnn Rimes, Ice Tea and Coco, Mark Cuban and Andrew Luck all made appearances before the race, and I was fortunate enough to get to help with the coordination,” says Sabatini.

Prior to moving to Indianapolis in 1989, Sabatini was the food and beverage director for Ditka’s Restaurant in Chicago when the Bears won the Super Bowl. “Being around an event like that is similar to being in the Winner’s Circle at the Indy 500,” says Sabatini. “It’s a different kind of exhilaration.”

“I have dedicated my life to racing and to my businesses,” confesses Sabatini. However, there is more than owning a bar and racing that fuels him. Sabatini’s other passion lies in DJing.

“Ever since ‘Saturday Night Fever’ was big in the 70s, I have been a DJ. I was a DJ before it was cool to be one. When I moved to Indy, no one would hire me to DJ, so I had to open my own bars to DJ in,” laughs Sabatini. He has been a fixture in both the Mineshaft Saloon and Rock Lobster DJ booths since opening and continues be the DJ at Rock Lobster every Friday and Saturday night starting at 10 p.m.

Sabatini is as invested in Broad Ripple as anyone could be. Owning three bars, a convenience store (Rock and a Hard Place General Store right next to Rock Lobster), Sabatini covers all aspects of being a true Broad Ripple villager. He also owns a home in Broad Ripple, is a landlord for two Broad Ripple rental homes, and built and sold the former Canal Point Grill, currently Flatwater. He is a director on the Broad Ripple Village Association and serves as its Public Safety Chairman.

“I can’t say enough about Fred Treadway. We were partners for 16 years,” shares Sabatini. “He believed in me and in my dreams.”

For more information on racing and other events, visit the company website at averagejoes.com or follow Sabatini on Twitter @djsabbo. This year marks the 20th anniversary of Average Joe’s Sports Pub.