When Scott Spitz was 6 years old, he watched his mother take off at the start of a 5K race. But watching wasn’t good enough for him. Once his mom started running, Scott left the sidelines, joined in and finished the race.

If a person’s life can be illustrated by one anecdote, this “you’re not leaving without me” moment tells you a lot about what you need to know about Spitz.

That philosophy is why the marathon runner recently decided to raise $50,000 to help families around the country facing cancer.

The 38-year-old Indianapolis resident believes life is made by the decisions we choose, even when life throws you a curveball like cancer. 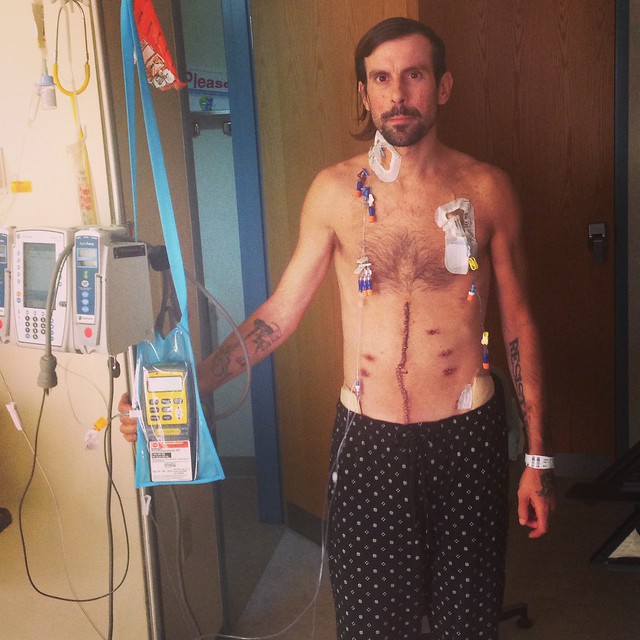 The New Jersey native, who grew up in Richmond, Indiana, and graduated from Center Grove High School, says his family encouraged him to explore roads not usually taken.

He was an avid skateboarder before it went mainstream, and he was drawn to the hard-core punk culture as well. Also known as vegan straight edgers, those older teens may have looked scary but actually eschewed drugs and maintained an vegan eating regime. As an adult, Spitz was active in the bicycling movement that has since spawned bike lanes throughout Indianapolis.

His sister’s death in 2009 from breast cancer didn’t make him think he was a target for cancer, he recalls. “You never really think you are going to get cancer,” he said. But in retrospect, he knows his body was telling him something was amiss before the April 2013 diagnosis of a rare abdominal cancer called pseudomyxoma peritonei.

His inspirational story of how running helped him live through his cancer battle landed him on the cover of Runner’s World magazine in the winter of 2014. People also follow his Facebook page and blog.

He’s survived two major surgeries, debilitating chemotherapy treatments and is scheduled for another surgery this fall, but that’s not what Spitz is focusing on these days. 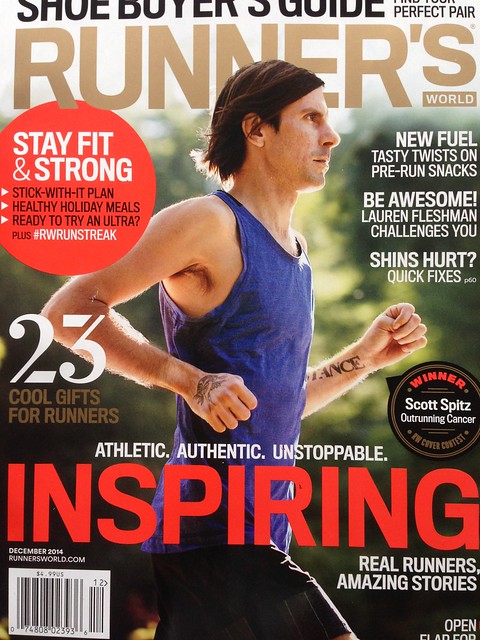 “I’ve learned so much from this experience,” he said of cancer. It’s not just the medical side of his condition, he says. It’s navigating the day-to-day financial burdens that come with cancer treatments, whether it’s mortgage payments, car upkeep or utility bills. “Your life just shuts down,” Spitz said. 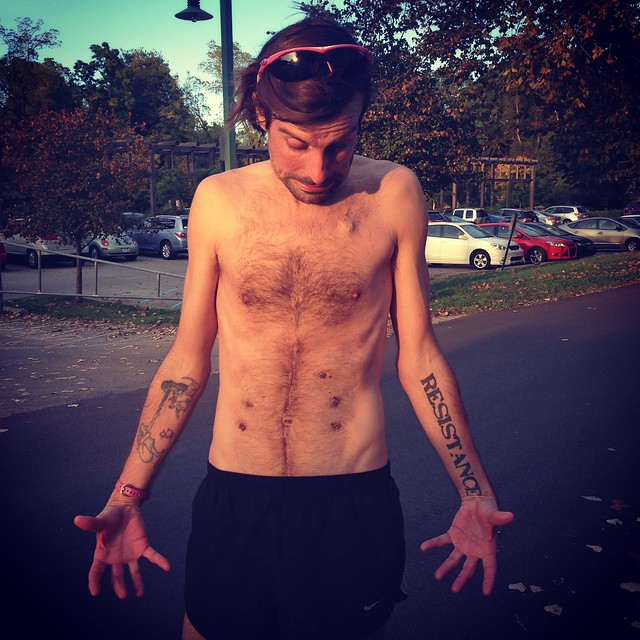 In true Scott Spitz fashion, he located the nonprofit Family Reach, established in 2003, that provides financial help to qualified families dealing with cancer. Spitz plans to raise $50,000 this summer for the organization.

Spitz’s offer to help came out of the blue, said Family Reach Marketing Coordinator Sarah Coppinger. “It was one of the most pleasantly surprising phone calls we got this year.”

Spitz will be tapping his extensive network of friends and supporters to reach his goal, and he’ll be spreading the message around Indiana from August 23-29 as he runs the length of the state in a 50-mile-a-day seven day run. Family Reach will also help spread the word, but Spitz is in this alone.

He’ll be running by himself with a jogging stroller filled with the water and food he’ll need. He plans to stop in cities along the way to talk about how donors help families in need. No matter what, he’s not going to stop spreading the word until the $50,000 goal is met.

Professor Bill Carr of Butler University met Spitz through cycling and says he isn’t surprised at Scott’s lofty goal. “He’s inspirational and will get a lot of attention and admiration for his determination,” the English professor said.

Go to classy.org/becausewecanrun for more information.