There has been a recent change on the hard court of Center Grove High School basketball. 2015-2016 marks the second season under the leadership of Coach Zach Hahn. Hahn’s goals for the men’s basketball program extend past the high school team to the growth of the Center Grove basketball community.

Hahn immediately dove into his new role at CGHS with success that stirred much excitement among the team, basketball families and the community, which included winning the Johnson County Championship in his first season. He has only just begun. 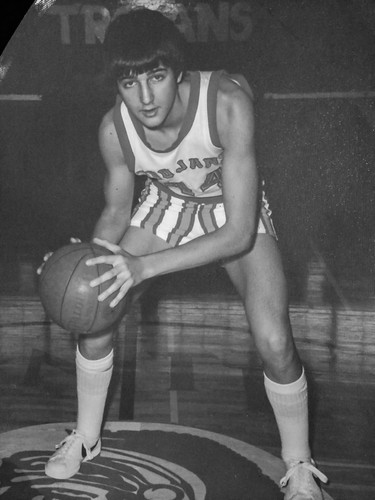 The basketball parents appreciate the excitement that Hahn is bringing to CGHS basketball. The mother of senior Bryce Brown, Laurie Brown has a long history of involvement with CGHS basketball. In the 1980s, Brown was a CGHS cheerleader, while her future husband Scott played on the team. Their older children are former players, and younger daughter is an up-and-coming player as well.

Brown knows CG basketball and is hopeful for its future with Coach Hahn. Brown states, “Coach Hahn has brought an entirely new feeling for CG basketball, new enthusiasm, reaching out to the community and parents. He is very committed to putting CG basketball back on the map.”

Brown believes that the transition from the Coach Hawkins era to Coach Hahn’s went very smoothly. They kept many of the beloved, old traditions of the team and began to build new traditions. One time-honored tradition is the Thursday night dinners at different team members’ homes. The evening provides team bonding with more than breaking bread. The team unwinds with pool, Ping-Pong, other games and just having fun.

This was formerly for the varsity team, but the tradition expanded to include the junior varsity team which has been successful to build team community. Brown mentioned another new tradition that Hahn began during his inaugural season with a team Christmas party which all enjoyed. The party is one facet of building a strong basketball community.

Coach Hahn is not just starting the community building for the players and families of his high school team but is looking to build it within the entire Center Grove community. Hahn and the basketball families hope to get student involvement, from elementary to high school, boosted for game attendance. Brown hopes that their efforts will fill the stands of the entire Vandermeer gym. 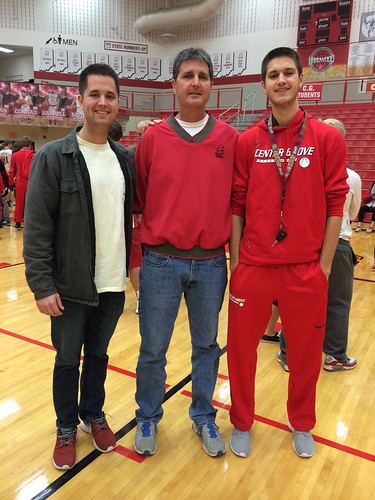 The basketball families and Hahn created a booster club specific to the team. The Hardwood Club helps with fundraising to offset the expenses that all sports face. It functions as a way to support the team and increase community involvement. The hope is that the efforts of the current families through the club will leave a lasting legacy for the program.

Hahn expresses his appreciation for how the parents have welcomed and supported him through the transition. “The transition has been easy because of the great people surrounding Center Grove athletics. From the administration to fellow teachers and parents, everyone is working toward the common goal of making Center Grove basketball a success both on and off the court.”

As Brown finishes the last season with a son on the basketball team, she does offer advice that will help continue what has just begun in the new era under Hahn. She knows that parental involvement takes the pressure off Hahn and his coaching staff, so they may concentrate on coaching and preparing the team.

“My biggest advice to freshman parents is to get involved,” Brown shares. “These four years will go by so fast. Enjoy every minute of your sons’ journey! Be prepared for ups and downs, but in the end, just try to keep it all in perspective. Love and support your son and enjoy the ride.” Sound advice for any parent.

The Weather Outside is Frightful