Bargersville: On the Path of Revitalization 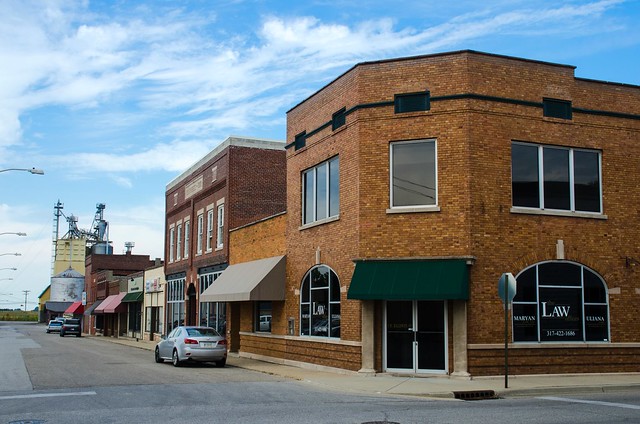 Indiana is well known for many things: racecars, corn, basketball and the Colts to name a few. However, another aspect of Indiana life brings many people to our state. Outside the metropolis of Indianapolis, the draw of small town Americana brings visitors to numerous cities and towns throughout the state.

Over time, age and economic factors have taken some of the shine out of what these towns once were. As a result, many of these communities need help to revitalize what once was a thriving downtown area back to its original condition and historical appeal. Bargersville, Ind., is one of those communities.

Bargersville recently applied, and was approved for, a state grant to refurbish the downtown area to bring back some of the history that makes the town so unique.

Bargersville resident Jeff Beck, who was born and raised in Bargersville, is proud of his community and fond of the memories he has from riding with his father downtown on a Saturday, going to the drugstore and socializing. However, he shares the concerns that residents do not have that opportunity now to create these types of memories.

“I think a lot of people just think Bargersville is where the flea market is,” Beck said. “Many people I have talked to did not realize there was a downtown Bargersville”

Bargersville is a community that has quickly grown, and Beck said he and fellow members of the steering committee want to highlight the history the town has to offer for these new residents.

“I just love history and have a tremendous amount of memories,” Beck said.

Beck’s hope is people will take a drive on a nice Saturday afternoon, drop off their car, go for a ride on their bike, come back, and have a sandwich with a cold beverage.

“There has to be a reason to want to come to downtown Bargersville and the way it is there now, there just is not a reason to do that,” Beck said.

Beck is not alone. The support that has come from the community in applying for the grant has been remarkable. The town officially submitted the grant in June 2014, but a group of residents continued in developing the project, creating a steering committee and other groups.

The officers on the steering committee include Bill Inabnitt as chairperson, Jeff Beck as vice-chair, Brenda Burkhart as treasurer and Kerri Faulkner as secretary. The remaining people, along with other town residents, are divided into four subcommittees.

One of the project’s biggest proponents, Jay Jackson, executive director of American Bikers Aimed Toward Education, located on North Baldwin Street, has opened the building to the committee for their meetings.

“There is a tremendous amount of enthusiasm,” Beck said of the community support behind the project.

Between 10 to 20 businesses regularly attend the meetings, many of them being businesses planning to relocate in downtown Bargersville. Taxman Brewery is one of those businesses.

Taxman Brewery is the first major business that decided to relocate in downtown Bargersville, according to Beck. Taxman purchased the old hardware store, painted it, restored it, and installed stainless tanks. The business is considered a big boom for the town and the committee is excited to have them on board.

Jill Curry, Indiana Office of Community and Rural Affairs (OCRA) West Central Indiana Community Liaison, agreed and said she was impressed by the involvement the residents had in the planning stages of the grant.

“Bargersville has a proactive group of residents, business owners and town officials who, in just a few short months, have already organized and accomplished several goals,” Curry said. “I would encourage any other residents interested in helping to get involved.”

The mission of OCRA is to “promote community prosperity to strengthen Indiana’s economy by providing capacity-building solutions to assure ready, marketable and competitive communities for economic growth.”

The purpose of the community development grants offered through OCRA is to help rural communities with a variety of projects, ranging anywhere from building community centers, creating health and safety programs, and other ways to improve the quality of life in that rural community. Bargersville has applied specifically for an Indiana Main Street Grant through this program.

“The Indiana Main Street program through my office, OCRA, exists to support communities as they look at the design, promotion and business development in downtown areas,” Curry said. “Indiana Main Street (IMS) provides technical assistance, trainings as well as grant opportunities to help communities pursue these goals. Currently there are over 115 active cities and towns in Indiana participating in the IMS program.”

The entire downtown area covers approximately six square blocks. However, with the grant application, they needed to focus on a designated area. The target area includes the area near the Town Hall on Main Street, north to 144 East, and onto the intersection of State Road 144 and Harriman Street and south on Baldwin Street. The Taxman Brewery is located at 13 Baldwin St.

BMS has already lined up an architect for the project, and they hope plans will begin to take shape by early October 2014 with discussions beginning among the architect, community and residents. With the grant being officially approved, Beck is hopeful for the project to progress.

The group has been innovative in the way they have promoted this renovation. Wanda Sexton, Office Manager for Inabnitt Insurance and Real Estate, created the BMS Facebook site, Web site and logo. To help with additional costs, the BMS have also opened up their calendar for businesses to highlight their events at a low cost of $100 per year. The purposes of these ads are to raise awareness of local businesses and help support costs.

Bargersville has stood out to Curry above other communities working through the Main Street program, and this innovation and proactive spirit has been the driving force behind the success.

“I have enjoyed working with the Bargersville Main Street group as they have organized and started working through their first efforts in downtown revitalization,” Curry said.

Curry, Beck and others encourage anyone who is interested in helping with the revitalization effort to contact one of the committee members and attend a meeting. 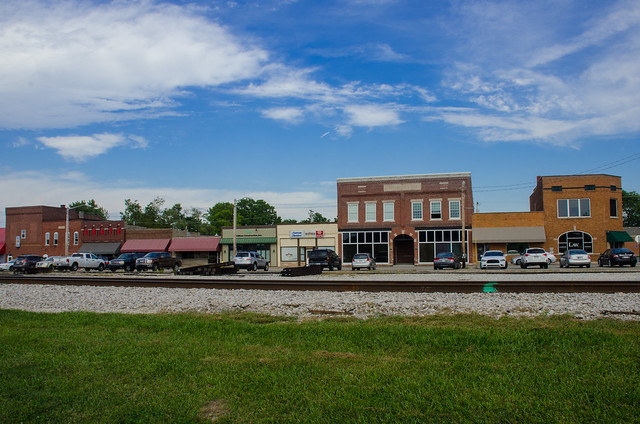