Center Grove
Home›Indiana›Center Grove›Guardians of a Dream: The Community of Banta

Guardians of a Dream: The Community of Banta

Three consecutive generations of an idea requires dedication to dream and principle. It also needs guardians along the way to champion the idea. As Johnson County has grown and times have changed, the community of Banta, in the far southwest corner of Johnson County, should not have survived. Nevertheless, the strong determination of people intent on keeping it alive has so far defied the odds.

The Banta Community Hall, Banta United Methodist Church and the General Store, along with surrounding residents, have made up the community of Banta. Unfortunately, the General Store closed three years ago, due to health issues of the proprietors. However, longtime residents continue to fight for this community to stay alive. 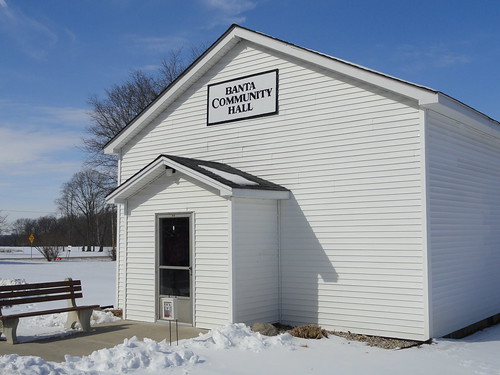 The Banta Community Hall has been the center for socialization since the 1940s in this unincorporated area of Johnson County. It remains the hub of activity as it now reaches beyond its community borders. The building is open as a rental facility for up to 100 people for family reunions, birthday parties, wedding and baby showers, or holiday parties. Up to three hours rents for $50 and over that, it rents for $100. It has full kitchen facilities, tables and chairs, and cleaning supplies to leave it the way you found it. You bring everything else for your gathering.

The 11-member board organizes two annual events, a fish fry and a hog roast, both scheduled in pleasant weather in order to utilize the outdoor space to host more people. They will post the upcoming dates on the website.

The local chapter of the Order of the Redmen, a secret patriotic society, was dedicated to the community of Banta and may have been the originators of the dream. In the early 1940s, they had the structure moved from Camp Atterbury to Banta as a community center. The original building was a gymnasium in Fountain Square but was moved to Atterbury and used as army barracks during WWII. The Redmen also built the General Store where they held their meetings and leased it to proprietors as a store. This historic structure remains as their legacy.

The women of the Methodist church kept the dream alive by hosting a monthly meal for the community for many years. The event grew from 25 attendees to 400 at last count in 1969. The proceeds from the meal funded the next meal with profits donated to the community hall, the church, Goodwill Industries and Fletcher Place, an outreach of the United Methodist Church. 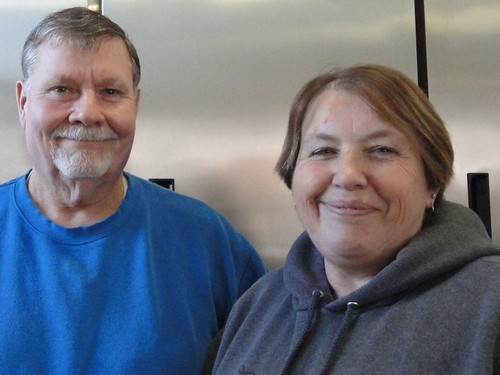 Shelly and Mike Kelly were critical in the revitalization of Banta Hall.

When the Community Hall went into disuse and threatened to close, Shelly and Mike Kelly’s sentimental notions prompted them to action. Her mother and grandmother, Mary Haymaker and Ruby Leonard, had served the community meals here and she remembers those meals of her childhood. Shelly also had her wedding and baby showers here. She and Mike decided they could not let go of the capacity the community hall has to influence memories the way it has theirs.

In 2010, along with other active volunteers, they reorganized, remodeled and re-energized this gathering place. Dan Parker, another longtime Banta resident, whose grandmother had served alongside Shelly’s grandmother, spearheaded the remodel. It consisted of adding indoor plumbing, replacing the wiring, adding a new kitchen, painting and sprucing up. The only thing remaining to update the facility is additional parking, which is in the works.

“Building the Boardwalk” is the current funding project. For a $25 donation, the donor will get a name etched in the original wood floorboards. Anyone may contribute to the legacy in Banta.

Judge and historian, David Dresslar Banta had his roots in this community, then called Dresslarville. When a post office was established there in 1883, it was changed to Banta. Its location, where four school districts come together (Center Grove, Franklin, Morgan, and Martinsville), is at the intersection of Banta Road and Big Bend Road (950E and 650N).

Through the years the tenacity of its residents to maintain an identity as a community has kept this dream alive. Those who have passed and those present hope the dream is bestowed with future guardians who will carry on with this community spirit.

Farmers Market to Open May 9