The 2014 season for the volleyball team of Center Grove High School has been a successful one. Coach Dana Daprile has led her team with her strong coaching abilities. Her team works hard for their successes and to be a formidable force. They are often ranked in the top five in the state and in some polls are No. 1.

There is much more to the volleyball season than practices and matches. There is also so much more happening than serving aces, blocking shots and setting the ball for a spike. There are behind the scene activities that create memorable seasons for the coaches, players and of course, the parents.

Senior parent Jeri-Lyn Line shared how special the team and the volleyball season truly are. As with most parental support of CGHS teams, the parents’ focus is taking care of the team and making their high school years special. Line explains all that they do for their team. They provide everything from team shirts to plenty of food for the several long tournaments to which the team travels. This is all done through parent monetary donations. The parents also encourage and inspire the team in many ways including the decorating the lockers of those on the team.

When asked about the traditions of the team that are unique, Line quickly responded by telling about their sectional dinner the weekend prior to sectionals. It is her favorite memory over the last four years of her daughter Ali playing for the varsity team. The sectional dinner is a pitch in for the girls, mothers and coaches. The girls will dress up in their prom attire and will make their grand entrance at the family home of a team member. The evening will end with a team having a sleepover. It is a special tradition that leads into the upcoming sectional weekend. Another treasured tradition during this night is for the graduating seniors to give their player numbers to the underclassmen for their future seasons to come.

Daprile was asked about the parental support she and her assistant coaches receive. She expressed her appreciation for all that the parents do for her team.

“Our parents do anything and everything from organizing fundraisers, to locker room decorations, team dinners, meals before and after the matches, tailgates, etc,” Darprile said. “They do a lot of the behind the scenes things for the girls and I am very appreciative of that.”

It is quite apparent through Line that the parents appreciate Daprile as much as she appreciates them.

As the 2014 season closes, Line reflects what she will miss most about her years as a volleyball parent. She will remember and miss watching her daughter with her teammates and the camaraderie of the girls. Of course, she will miss the sectional dinners with the girls looking beautiful. Luckily, for Line, she has a younger daughter that also plays volleyball and is approaching her high school years. 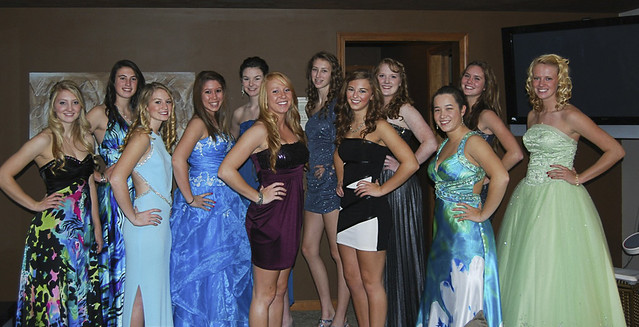 Line believes there are things that parents new to CGHS volleyball can do to enjoy the volleyball season.

“And my advice for freshman parents is to get involved as much as you can,” Line said. “It makes it worth it to know that you help make your child’s athletic experiences extra special and memorable. And read your emails!”