Hans Maldonado is one of two members of the Brew Review Crew. They occasionally write reviews of local micro-brews and brewers. Hans lives in Zionsville and this month comments on Taxman Brewing Company in Bargersville. – Dann Veldkamp 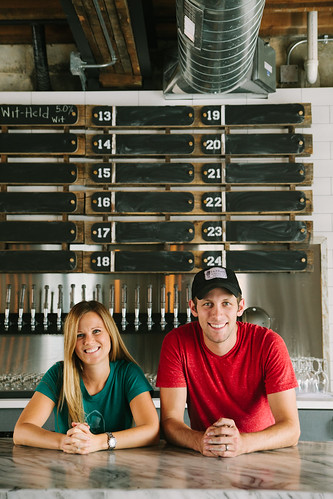 While residents of Johnson County are well aware of Bargersville, an Indianapolis native could probably spend about 32 years in the city and not be aware of it. (It just so happens that I am 32 years old).

This is in the process of changing as some business-minded individuals take aim at making Bargersville a destination of interest.

Although it may sound like a lot of seats to fill, the size of the operation is critical to the overall business model. With the nearest dining options 20 minutes away, Huesebusch says that there is a great untapped potential, not only from Bargersville residents, but also from the greater Indianapolis area.

A 200-seat restaurant may seem like a great risk in addition to the already risky idea of opening a brewery, but Huesebusch sees this as part of his plan for the business. He told me that if someone makes the journey to Bargersville from, say Zionsville, that person is going want a deeper experience than that which comes with a beer or two. The seating capacity is necessary for the time involved in such an experience. 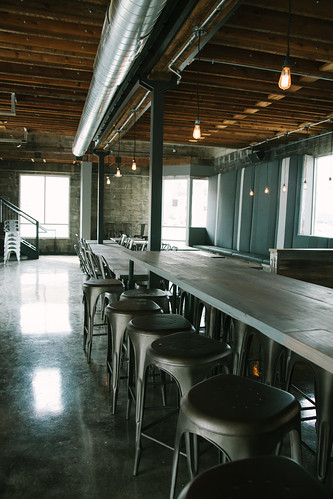 Vital to the creation of Taxman as a destination is the formation of downtown Bargersville as a destination. Huesebusch has been active in local town meetings and says that a recent grant to improve sidewalks and street lighting will be a boon to the downtown area. A shiny new brewery and 200-seat restaurant can’t hurt either.

As anyone who has read my earlier stories is aware, I am a fan of Taxman’s beer. Forgetting about the creation of a destination or some atmosphere, there is the matter of substance. Taxman makes high quality, authentic, Belgian style beer. For those who have found Belgian style beer to be too sweet, Taxman’ s beer is poised to change some of those hearts and minds. If the quality of their food follows the beer, I think that we can all look forward to some good times in the downtown Bargersville area. You can find more about Taxman Brewing Company on the web at taxmanbrewing.com, or at facebook.com/taxmanbrewing.

Bargersville: On the Path of Revitalization

Pumpkins and Treats for a Sweet Cause: ...