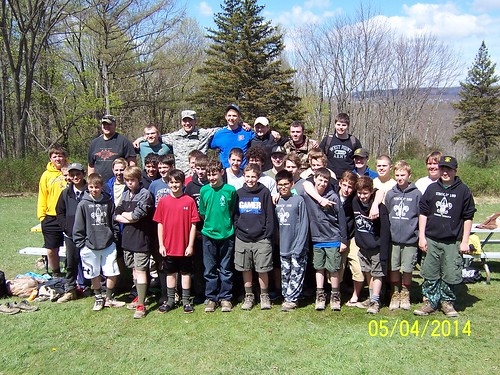 Last month I went to the West Point National Camporee, which is held every year in late April to early May. It is an invitational Camporee attended by Boy Scouts, Girl Scouts and other youth groups. For the past two years Troop 199 (my troop) has been the only Indiana troop to attend.

We were invited because of Daniel Sprouse, a former member and Eagle Scout of Troop 199. He was also a student at Fishers High School. He was the commander this year, running and organizing the Camporee and attendees. He is graduating soon from West Point as a second lieutenant. 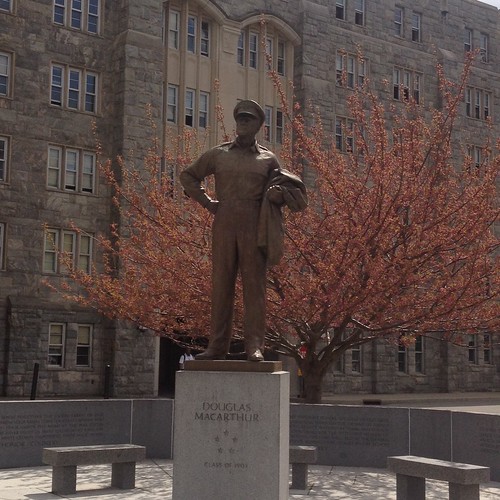 West Point is the U.S. Military Academy originally built as a revolutionary fort to defend New York and the Hudson Bay from invasion by British ships. The defenses included cannons and a 150-ton iron chain that could be raised across the river to stop ships from passing. It is the single longest operational military facility in the country. Graduates from West Point include Dwight D. Eisenhower, General George Patton and Douglas MacArthur. MacArthur also served as superintendent of the academy and presided over the movement to require better physical strength in cadets.

The first morning, I woke up feeling like I was in a war zone! There was shouting everywhere and the rumble of Humvees rolling by. The faint light poured into our tent with a blurry figure yelling at us: “You’ve got 10 seconds: get your clothes and shoes on and get out. Wait for me at the field near the flagpole. Go! Go! I expect you to move fast, Troop 199.” I wiped my eyes and ran out the door to see the same thing left and right for other troops. It’s PT (or physical training); all the cadets were yelling, “What’s the best part about PT?” Our response was “It’s free!”

After a grueling PT, we headed out to the field to see a mock battle. There were airborne troops and ground troops fighting it out with blanks. It was really exciting! After that we set out for a day of adventure. We started at the first aid station and waited in line forever but when we got to the front it was awesome—it was like a real battle! We headed out as a squad. I led the group as commander and we used an arrowhead formation. However, the flaw was that we had no rear cover and one of our medics got shot. We tried to lay down and cover fire but it turned out we had a rogue sniper shooting backwards and got another man shot in the arm. I took the quick lead, like Rambo, with dual assault rifles and got the squad and the injured out. We applied tourniquets to the wounded and escaped danger.

We continued through the day with many more exciting moments like eating MREs (Meals Ready to Eat) and coming a few seconds shy of the fire building at top speed contest. To sum this weekend up, it was an amazing weekend and our troop took home first place for the zodiac challenge. I highly recommend this trip as an activity for all troops!