College Mentors for Kids Sixth Annual Inspire Awards Lifetime Achievement Award winner opens up about his business experience and who have been his mentors. 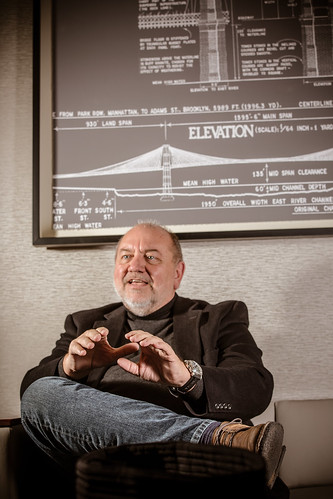 “They can’t eat you.” This valuable piece of advice from David Becker’s grandfather is possibly one of the most unforgettable phrases of truth in business. Shared when Becker started his first company, “Remember, whatever happens, they can’t eat you. You as a person will always survive and you can start over.”

These words of wisdom set the stage of an already independent thinker, solidifying the fearlessness to step forward.

Growing up in Speedway, Becker had the unique experience of living near the track when crews rented out the surrounding garages of homes during the month of May. “As kids, we were allowed to stay out until the drinking was well under way and the language turned south,” recalls Becker.

After seventh grade, Becker’s family moved to Monrovia, where Becker graduated from high school. “I thought we had moved to Green Acres,” shares Becker. It was here in Monrovia where Becker developed an appreciation of land and space, influencing his current home built on 150 acres.

Becker opted not to accept a highly-coveted spot with the United States Coast Guard Academy and instead attended DePauw University. He listened to his gut again four years later, deciding not to go to law school, just three weeks before graduation. “It may have been impulsive, but I just knew where I was supposed to go, or more so where I was not intended to go,” said Becker.

His first job was with General Electric Credit Corporation. “This experience was like a working MBA,” states Becker. He quickly hit the ceiling, stagnating where he could have coasted for years, but that didn’t fit his style. Confirming this feeling, Becker met CEO Jack Welch during a company seminar in Chicago. Welch concluded his speech by asking if there were any questions. In a sea of suits, only one arm raised, Becker’s.

No one ever questioned Jack.

As Becker’s boss, seated next to him, was covertly yet frantically trying to get him to lower his arm, Welch called on him. After answering Becker’s proposed question, Welch called him up to the stage.

“No one ever raises their hand to ask a question. I commend you for being brave enough to ask. And it was a GOOD question,” said Welch to Becker off to the side of the stage.

This event confirmed what Becker already knew. He was not meant to be a sheep. He was a shepherd, having absorbed as much as he could at GE, he sought his next experience.

It was through the challenge of finding an adequate computer system for credit unions in Indiana that Becker found himself launching out on his own. After working with the Indiana Credit Union Trade Association during the deregulation phase of the early ’80s, Becker wrote a business plan on how to solve to their problem. The solution was simple and outlined in his business proposal.

Upon presenting the business plan to the credit union, it was clear that the union had no idea what to do with a business plan. Evident that this was going nowhere, Becker promptly quit his job and formed a company on his own. He would solve the computer problem and the credit unions would become his clients.

Becker found a guy in Michigan to sell him what he needed at wholesale. Without first solidifying capital, Becker immediately got into his car and drove straight up to Michigan to forge the deal, arriving at 9 p.m. The meeting wrapped up at 1 a.m, and with his brain in overdrive with what he was taking on, he drove home.

“I think the most influential mentors in my life were my parents and my grandfather,” said Becker. “My grandfather (with a seventh grade education) was one of the most successful businessmen I have ever met in all kinds of different industries and my parents instilled me in from a very early age that my only limitation in life was me and my belief in myself. They gave me a lot of independence as a child and taught me the responsibilities that went along with that independence. I have always felt that if I put my mind to something and worked hard enough, I could accomplish almost anything.”

This conviction held true, for several tech companies later, First Internet Bank was started. It’s ironic that he runs a tech-based, banking business. During his DePauw days, Becker would pay a frat brother to punch in his codes for a computer class. “I hated computers, I swore I would never do anything with computers,” said Becker.

Not only that, he used to make fun of bankers. “They love widgets and something tangible,” said Beckers. “First Internet Bank is intellectual property. Acquiring capital was next to impossible without a brick and mortar location.”

Becker’s oldest son, Jason, said, “Dad, the last thing I ever thought you’d be is a banker.”

“My style of management is a massive change for the conservative banking industry,” said Becker. “The mantra at First Internet Bank is, ‘The only constant is change.’” 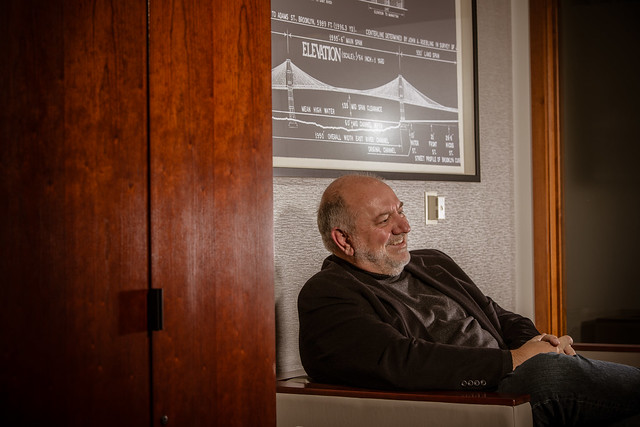 The traditional banking model focuses on maintaining status quo. “A local bank did a year-end shareholder press release talking about the great success they had growing their assets close to 5 percent over the past year, we grow more than that on a quarterly basis,” states Becker, “We are changing the way consumers handle their financial needs, practically on a daily basis.”

Becker has kept his NASDAQ-traded First Internet Bank headquartered here, in Indiana, recently occupying a long-vacant Fishers building near I-69 and 116th Street. When asked in New York City why he would have his headquarters in Indiana, Becker’s response was, “Why not?! I can be anywhere in a couple of hours, the Midwest work ethic is good, it’s a great place to live, and the cost of living is hard to beat.”

Throughout Becker’s career, he has always given back. Whether this involves his countless charitable work, assisting the entrepreneurial sector or commissioning artwork, Becker gives his time and efforts to bettering the community.

“I like bouncing both ideas and problems off others to get different perspectives,” he said. “I think I get more out of the conversations than they do.”

Becker’s positive influence in the community cannot be understated. When former Indianapolis Mayor Stephen Goldsmith started the High Tech Task Force, Becker was immediately on board as a member. It was on this task force that Becker first met Kyle Salyers, the senior vice president of Health Catalyst — a healthcare data and analytics company.

“David is tremendously busy, yet he always makes him himself available. Always,” said Salyers. “He listens, asks questions and leads you down an intentional, thought-provoking path. Becker exhibits great humility. He somehow makes you feel like he is the one learning and growing from the relationship. This builds great confidence and gratitude in the people around him. But ultimately, he simply takes a genuine interest in people, and for that I am grateful.”

According to College Mentors for Kids, “The Inspire Awards are an opportunity to connect with other business and community leaders who value mentoring in the workplace and community.”

People like Becker, and a few others on that High Tech Task Force had the foresight to attract high tech companies to Indianapolis. Since that time, it is easy to track the influence and impact those individuals have made for the area.

“David Becker takes the time to grow the people around him,” said Salyers. “In turn, you feel an obligation to do the same, and pass along support and knowledge to others without ever asking for anything is exchange. This is how entrepreneurial communities grow, and our community has benefited greatly from David’s example in this regard.”

At the 1999 launch of First Internet Bank, which received huge international media coverage, a reporter from the BBC asked, “What do traditional banks have that you don’t have?” to which Becker replied, “Long lines in the lobby.”

“I think I have always been an out-of-the-box thinker, because I never knew there was a box,” says Becker.

Each year, College Mentors for Kids hosts the Inspire Awards to recognize and celebrate workplace and community mentoring. It’s at this luncheon where David Becker will receive his award for his 30+ years inspiring and motivating others in our business community to achieve greater things.
Please visit www.collegementors.org for additional information.

Love for the Ages: The Paprockis