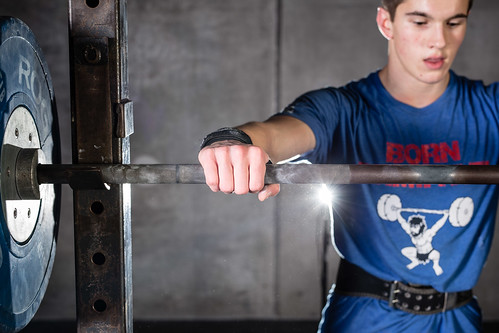 Garrett Clark ranks 11th out of 20,000 in the teen division of CrossFit worldwide. The CrossFit Games invited the top 10 this year to participate. Clark’s hope is to qualify for the CrossFit Games which are held in August. 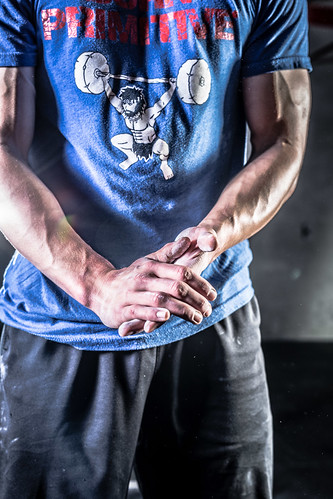 Jafri explains that a general class involves a dynamic warm up, review of the skills and lifts, and then the workout is performed in a class setting.

The age range of participants is vast. More and more teens and younger are finding their way into the gyms to gain strength and endurance. Clark was drawn to CrossFit for additional training while playing soccer when he was younger.

“I started working out at home doing CrossFit when I was 11 or 12 years old,” shares Clark. “It was about the time I started high school that I got serious about CrossFit and began competing.”

Garrett transitioned from soccer to competitions with CrossFit. At the time he started competing, there were age groups but not an actual teen division. Based on demand, CrossFit added the Teen Division in 2015.

Garrett was drawn to CrossFit because he found it more fun than regular gym workouts. “I saw people getting stronger than I had witnessed with other means of strength training,” says Garrett.

Garrett’s parents, Melissa and Brad, became CrossFit devotees six years ago, creating a gym in their basement. “We are both former athletes, and exercise has always been a part of our lives,” shares mom, Melissa, who was a soccer player and ran track. Brad Clark was a football player, and their daughter, Maryna, plays D1 soccer at IUPUI. 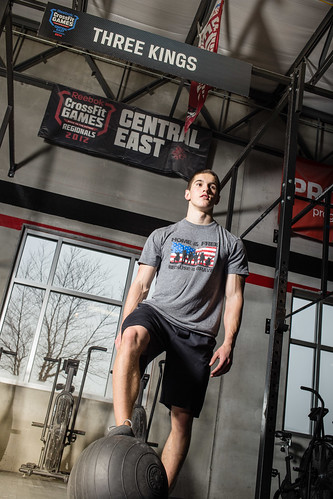 “It is definitely a family thing,” says Brad of his family’s CrossFit workouts.

Garrett started competing two summers ago. He excelled in the competitions and is sponsored by Born Primitive, a clothing company geared towards CrossFit athletes. Born Primitive’s founder is a Navy Seal.

Jafri, who has experience training U.S. Special Forces in Europe, says that he was drawn to CrossFit while training servicemen overseas. “I was asked about CrossFit and its application as one of the workouts for our Special Forces, so we experimented with it overseas,” says Jafri, who also notes that there are a lot of CrossFit boxes (their term for “gyms”) around the world on U.S. military bases.

Garrett, who wishes to study sports medicine in college, hopes to continue his CrossFit competitions and has followed the NCAA rules of eligibility. The nature of CrossFit cultivates rowers because that is a major cardio portion of the workout, so there are possibilities outside of the CrossFit world of competitions.

For more information on CrossFit, please visit CrossFit.com or ThreeKingsCrossFit.com. For Born Primitive, visit BornPrimitive.com for additional information on their sponsored athletes including Garrett Clark.

Weaving Threads Throughout the County