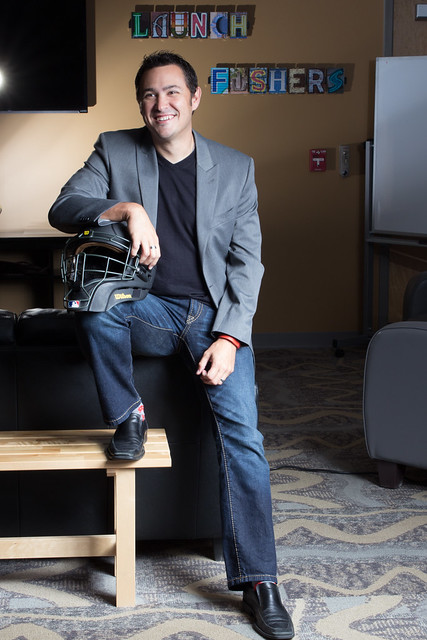 Growing up, baseball was a great part of Tony Monteleone’s youth and continued to be through college. Sharing the love of the game with his dad, both were umpires. “My first startup was an efficient online site for streamlining sports officiating,” Monteleone said. “It was a sign up and payment software helping people with game assignments and efficiency with payments for an industry lacking technology.” Do what you love and the money will follow. This rings true sometimes, as long as your passion doesn’t destroy your startup. This is a potential paradox of entrepreneurship. And this very concept is something that Launch Fishers, along with the Launch Indiana initiative, is helping their members, and those across the state, to avoid.

Recently the Wall Street Journal dedicated its small business section to entrepreneurship and the pitfalls to steer clear of. So you’ve survived the shark tank, now what? “Lots of well-funded startups, not just the fledgling ones, need mentors,” says Monteleone. And this is where he steps in to help. All companies need mentoring. Even Launch, when it was getting started, paraded more than a hundred people through the basement of the Fishers’ branch library, asking, “What do you think? Is this a good idea? What else haven’t we thought of?”

These are key questions to ask. Monteleone’s formal title is the entrepreneurial services director. He was a baseball player, an umpire, and now he’s a coach. Launch Indiana provides high-level mentoring opportunities for companies across the state. The goal of Launch Indiana is to increase chances for success for innovation-driven entrepreneurs, one-on-one coaching, and high-level mentoring opportunities for startups. With the mentality that “a rising tide lifts all ships”, and under the helm of John Wechsler and other Hoosier entrepreneurs, the Launch Indiana initiative is working on keeping startups in Indiana by providing a solid foundation of support.

Through the Indiana Co-Working Passport, another feature within Launch Indiana, members of Launch Fishers and others across the state may register online to use office space at 20 sites state-wide for free, including Matchbox in West Lafayette. “There are facilities downtown Indianapolis, Terre Haute, Columbus, and all over the state, so any of our members or members of other co-working sites may sign up to spend a day per month at one of the other co-working sites.” states Monteleone. Cross-pollination is the goal for these co-working sites. Adds Monteleone, “our greatest resource is our connections, and networking among these groups is a valuable commodity. The Indiana Co-Working Passport is huge for members.” 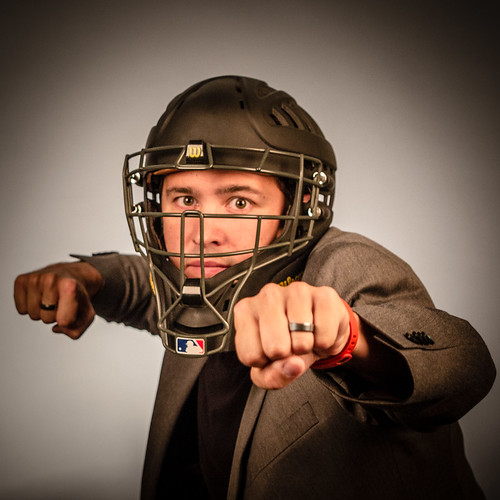 But can he handle a curve ball? At the age of 14, Monteleone stood behind home plate, worked his first championship game, and tossed a coach. At age 32, a curve ball might look different, but it is still no problem. Given his experience and enthusiasm for his job, there isn’t much Monteleone can’t handle. His skill set was gleaned from a variety of sources, including some large, successful tech companies. Sometimes you learn exactly what you want to do and where you want to be by being in a situation that you, quite frankly, can’t stand. There is nothing more educational than working for a stifling, non-creative, company.

“I want to help others be successful, I knew that I wanted my voice and ideas to be heard and listened to, I re-ignited my entrepreneurial passion by working in the antithesis of that.” Monteleone said. Now he is Launch Fishers’ latest draft pick. There are many examples where the best players don’t make the best coaches. Not to knock his playing abilities, but this is why Monteleone’s skills are focused on helping others. His specialty is taking ideas to scale. He is purpose-driven. It is time to share, to give back and help raise that tide.

Eye of Tiger ONE: Focusing on Supporting ...