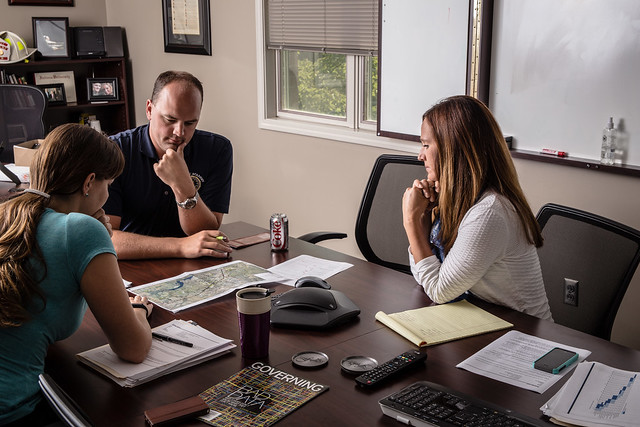 Fishers has gone through many changes and names. Back in 1872, it was called “Fisher’s Switch” when Salathiel Fishers distributed his land into lots within the town. Then in 1891, the land was referred to as Fisher’s Train Station and declared a legal corporation. Later in 1893, it became “Fishers Switch” (dropping the apostrophe), and finally in 1908, it was named just plain “Fishers.” Once a small town, Fishers is now a prospering city and far from ordinary.

Since December 22, 2014, under the direction of Mayor Scott Fadness, Fishers has undergone significant transformations. He and his team have focused on encouraging business growth, creating quality jobs and redeveloping a new and robust downtown area while maintaining a safe environment with which Fishers citizens are accustomed. So far, in less than six months, they’ve already accomplished many goals including:

1) Collaborating with stakeholders to fix the school funding formula;
2) Providing a seamless transition from a town to a city with no differences in city services; and
3) Planning for the expansion of Launch Fishers (launchfishers.com) to a new building while forging a partnership with Ball State.

In his orchestration of sheer success, Fadness manages to surround himself with key colleagues. 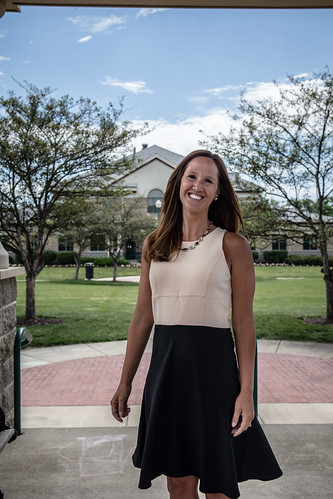 For instance, Leah McGrath has recently accepted a position as Deputy Mayor. She presents a well-rounded professional background with expertise in marketing research, public relations and governmental affairs. She is eager to share her experience and begin her new role in helping to plan, contrive and navigate for the ultimate destination as we continue our journey as a young emerging community.

“I’m like the Chief of Staff helping to make sure all departments are functioning together for areas like public safety, culture, recreation, business and neighborhood development, so that we can all work toward the same vision for our community,” says Leah.

Although she officially started her new position on June 29, Leah has already begun preparing her agenda with her networking charm since the beginning of June.

“So far, I’ve been doing a lot of listening and learning by talking with directors as we help facilitate the City of Fishers Comprehensive Plan, designed by Mayor Fadness,” says Leah. “This plan is like a roadmap of where we are going as we head into 2040, but the areas are not shaded in yet. Fishers has grown so rapidly….This plan allows us to anticipate economic growth, roadways, trails, parks, land use and neighborhood planning to meet the needs of residents and the standards for quality of life.”

Leah appreciates Fadness and his innovative efforts to uplift and streamline the city.

She says, “Fadness has done a great job in his initiative and in carrying out his vision for Fishers to further foster an entrepreneurial city….He has such gumption and knows how to take the ideas of others and make them a reality.”

How Did She Arrive?
Leah grew up in Pendleton, Indiana. She attended Pendleton Heights High School, graduating in 1996. She went to Purdue University and initially began her studies in Electrical Engineering, especially since the subject of math had always come easy to her. However, she recalls having to break the news to her dad one day that she wanted to change her major after falling in love with one of her communication classes. She eventually graduated with a major in Communications and a minor in Political Science.

“I developed a passion for public policymaking. I found it fascinating, and I really enjoyed the aspect of problem solving,” says Leah who had completed her internship with the Indiana State House of Representatives.

Then for five years, Leah worked as a Qualitative Marketing Research Consultant for Harper where she traveled extensively. During this time, she married her husband, Brian McGrath, and together they started a family.

In order to establish a sense of balance among her career and family life, Leah decided to start her own business, Smart Vision, LLC, where she provided communications and governmental affairs consulting. 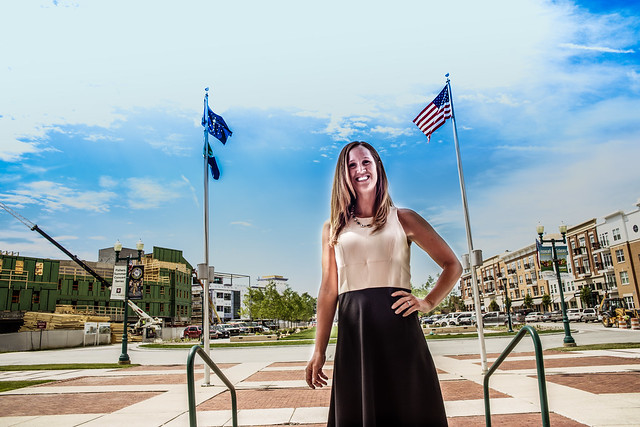 IACT Involvement: Making Connections Along the Way
She also worked with the Indiana Association of Cities and Towns (IACT) where she eventually became the Director of Communication and Research. Later, she became the Government Affairs Director.

“In 2011, we were distributing funds for the 911 Funding Project. I would ask Scott questions about Fishers. He probably doesn’t remember me,” she says with a laugh. In 2013 when Fadness was running for Mayor, she helped support his campaign. She recalls how they would bounce ideas off each other with their municipal endeavors.

“I’ve known Leah for a couple years as we worked on legislative issues at the Statehouse,” says Fadness, the first Mayor of Fishers. “She was able to grasp public policy issues and had a strong ability to work with different stakeholders and build consensus.”

Later she connected with another colleague and former neighbor.

“As a board member of Launch Fishers, I remember interviewing with Leah when she was with IACT working on the procedures for giving an award,” says Pete Peterson, President of Fishers City Council. “Leah is an absolute joy to work with. She is tireless, energetic and has a great frame of mind as a problem solver. She looks at things positively as in, ‘Let’s deal with this problem’ always with the glass-is-half-full-attitude.”

Peterson admires Mayor Fadness for his unselfish decisions when hiring the people who surround him.

“Scott isn’t afraid to hire staff smarter than him, but that’s what makes him such a smart manager,” says Peterson. “We’re really lucky to have him as our Mayor.” 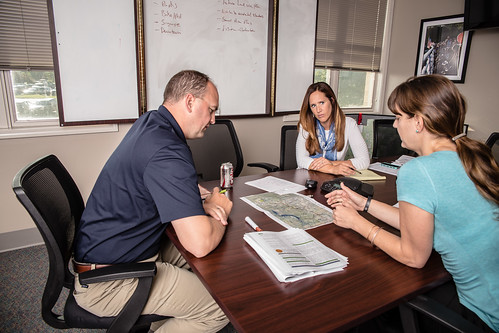 In addition to working on the Comprehensive Plan and other vital initiatives, Leah will also manage daily operations and support Mayor Fadness by filling in for him whenever he is unable to fulfill speaking requests in the community. This will allow the Mayor to focus on community engagement and economic development.

“Leah is a great addition to our team, and I’m glad to have her on board,” says Fadness.

When asked what excites her most about becoming the Deputy Mayor, Leah replies, “This job is like the icing on the cake because I will have this amazing chance to serve the community where my family lives and our life happens. Fishers is a young city that is still maturing. I have the ability to do something positive and impact it.”

Leah and her husband, Brian, have three boys: Patrick (10); Nathaniel (8); and Ethan (6). They also have a dog and a bearded dragon to help make their family complete.

The City of Fishers may have gone through its share of names and changes, but no matter what you call it, this extraordinary community exudes a safe, optimistic and up-and-coming vibe stretching from the Nickel Plate District to the outskirts of Hamilton County. There’s a unique and upbeat spirit among its citizens who are happy to share in the wealth of safety, culture, recreation, opportunity and economic growth and are proud to call Fishers their home.