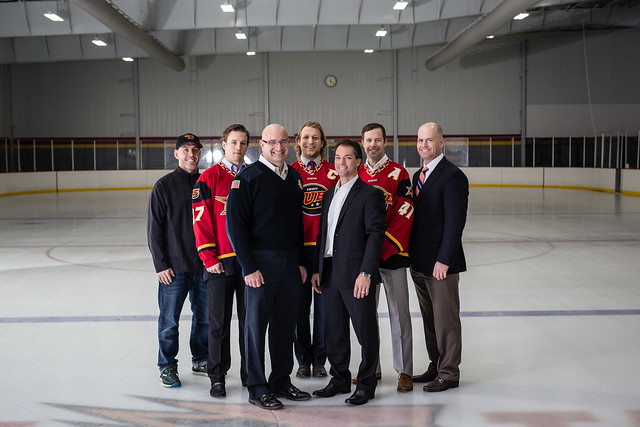 Fundraising for YMI is a year-long effort. From partnering with corporate sponsors to hosting fundraising dinners at local restaurants that give back to the community, these relationships between the community and YMI cultivates the path for YMI to reach their 2020 initiative of mentoring 600 students in grades 5-12 in HSE schools by the year 2020.

Businesses also show support for YMI by contributing not only funds, but also by raising awareness of the fact that YMI exists and the impact it has on the youth in the HSE schools. As January is National Mentoring Month, YMI is joining forces with Indy Fuel for an amazing event! 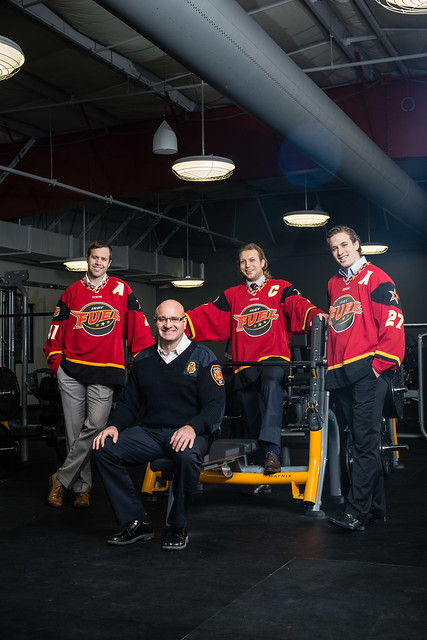 Throughout the month of January and up until game time on February 6, 100% of ticket sales that are sold using the provided link are being donated to YMI! To purchase tickets for this game to benefit YMI, go to ymionline.org/ymiindyfuel and follow the directions. Please note that the games are played at the Indiana Farmers Coliseum.

A second event being held is a YMI Appreciation Night for mentors, mentees and their families! On Friday, January 29 from 5:30-7 p.m., the Indy Fuel Tank will be donating ice time and skate rentals to the YMI family! To help celebrate this generous gesture, YMI would like to reciprocate giving back to the community by asking attendees to bring a nonperishable item to the event to be donated to the Fall Creek Food Pantry.

Please note this event will be held at the Fuel Tank of Fishers located at 9022 E. 126th St. This night of appreciation is a fantastic opportunity to meet founder Darren Heil and other mentors and mentees whom without them, there would be no YMI.

Indy Fuel is a minor league hockey team in the ECHL’s Western Conference right here in Indiana! The ECHL is the premier “AA” affiliate league of the National Hockey League. Indy Fuel is affiliated with the NHL’s Chicago Blackhawks and the AHL’s Rockford IceHogs. The Indy Fuel play their home games at the Indiana Farmers Coliseum located on the Indiana State Fairgrounds. For more information on the Indy Fuel, go to indyfuelhockey.com.

The Fuel Tank at Fishers, formerly known as the Forum at Fishers, has been newly renovated. Boasting a brand new pro shop that will offer Fuel gear and hockey essentials along with a new gym with state-of-the-art equipment in it, this place is a must see! The Fuel Tank also offers a dry land training area where one can face off with hockey puck machine that tosses out pucks at a variety of speeds and angles called Rapid Shot. They also offer open public skate and club skating.

Soon it will be the training center for the Indy Fuel players while still remaining available to the public. “Making ice sports fun, accessible and affordable is our goal,” states Chad Hallett, General Manager for the Fuel Tank. Hallett said the Fuel Tank is looking forward to being part of the community and giving back to all the great organizations here in Fishers. For more information on Indy Fuel Tank, go to indyfueltank.com.

Growing up in today’s world is more challenging than it was even just 10 years ago. Bullying and drug use is on the rise. Our youth have a difficult time disconnecting from peers as social media is extremely easy for them to access. The importance of having a trained adult mentor to speak with is high!

According to a Gallup poll for YMI, “76% of the students who had a mentor said they feel better about their future.” YMI started with a dream from founder Heil. As a youth pastor, he enjoyed creating events for the youth and being a positive role model for them. It was during these years that Heil realized that schools had the best opportunity to have an impact on a student’s life.

From being in school all day to extracurricular activities, students spend a majority of their day at school. In 2008, Heil launched Community First Initiative which is now Youth Mentoring Initiative. Heil expresses his “passion is to bring the community together to a difference for the next generation.”

Would having the option to have your child speak to a mentor be of interest to you? Go to ymionline.org today to find out how to get involved today. Become a mentor, become a financial supporter or find out how to connect your child with a mentor by logging onto the website.