Fail Fest – A Celebration of Failure in Business 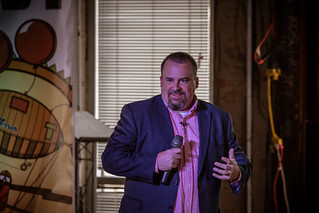 By Kara Reibel – What would you attempt to do if you knew you could not fail?

But what if you do fail? On Nov. 19, Launch Fishers presented Fail Fest 2014, a power-packed day with over 20 speakers discussing the topic of failure.

Entrepreneurs and those with a creative streak signed up to take part in the day-long event held at the Two Concourse building at Crosspoint in Fishers. Fail Fest celebrated the role failure plays in innovation, explored the risks that are worth taking, and celebrated those efforts even if they don’t hit the mark.

The original idea for an event based on failure came from Jacob Schpok, ISBDC director. Schpok approached John Wechsler, founder of Launch Fishers, about a small event on the topic of failure. Once commitments from an all-star cast and sponsors were solidified, the event evolved into a much larger-than-expected enterprise. 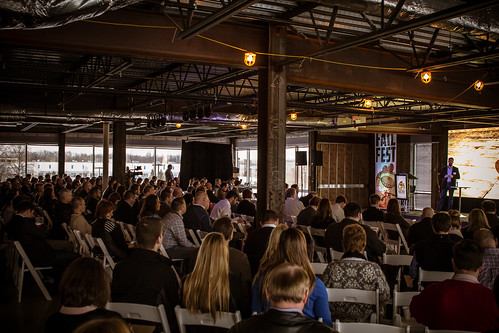 Hundreds of attendees convened at the Two Concourse building at Crosspoint in Fishers.

For example, professional players are normally celebrated for their home runs. But those players miss the ball more often than they hit it. That’s the goal of Fail Fest, to bring about the awareness that someone with a strikeout shouldn’t be judged as a failure.

“We should stop benching our players [employees] that swing for the fence and occasionally miss,” says Cloran.

“It is like we choose to bench every player who swings and misses, regardless of how smart or good of a shot it was to take. You don’t win games that way and you certainly don’t end up with a dynamic and creative entrepreneurial culture without failure,” he said.

Wechsler spoke of what failure really means to the world. 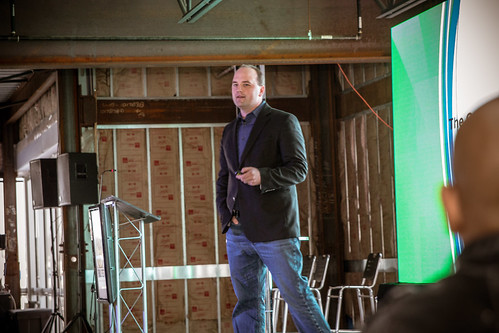 “We want to celebrate the role of failure in innovation,” said Wechsler. “Think about a world if we only pursued the things where we knew we wouldn’t fail. How innovative would that world be? Not very. In the end, the road to success is paved by failure.”

At Fail Fest, Wechsler facilitated a couple panel discussions. One involved the entrepreneur’s perception of failure. The second revolved around the ecosystem’s perspective on failure. This second one encompassed the investors, advisors and supporters of entrepreneurs.

“With every failure I’ve experienced in my life, I’ve tried to take away a learning point so that I don’t have to taste the bitterness again,” says Wechsler. “Failure only occurs when you quit. Every time you fall down, you get back up. You only have to get back up one last time. That is success.”

Visit LaunchFishers.com to learn more about entrepreneurial events in Fishers.