Geist
Home›Indiana›Geist›Theater at the Fort: An Arts Dream in the Making

Theater at the Fort: An Arts Dream in the Making 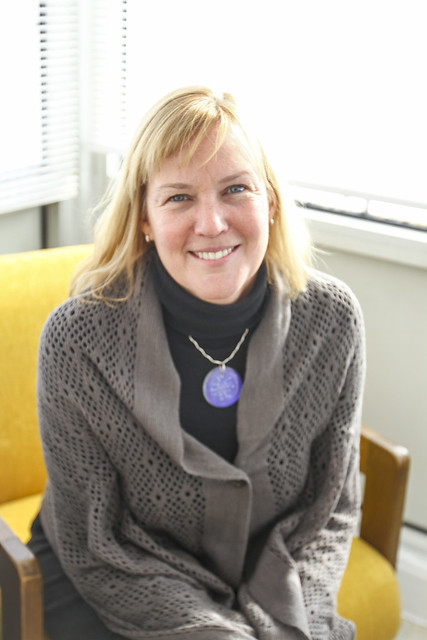 Imagine an arts district at Fort Benjamin Harrison, much like the Carmel Arts and Design district – a real arts and cultural destination not just for the local community but also for visitors. As you drive down Otis Avenue, you see an entire street and row of buildings completely devoted to promoting the arts, including musical arts, performing arts, dance, photography, painting and more.

That’s the vision of the Partnerships for Lawrence (PFL). Thanks to that ambitious vision, Executive Director Judy Byron and Office Manager Alicia Collins have just reopened the Theater at the Fort.

Byron, who came to the PFL after a solid career in architecture and art, has been the driving force behind the theater reopening. With a passion for community outreach and art, Byron shifted gears into the not-for-profit sector when the economy took a nosedive. Looking for a new job, a new connection and wanting to continue in the realm of the arts, Byron found the PFL and joined.

She served on the PFL board for five years, leading a wealth of programs including art fairs, youth art programs, outreach programs, public art projects and many other cultural development events. But there was one piece missing.

The PFL’s original plans included acquisition of the Main Post Theater to hold performances in addition to having more space for other art and cultural activities. Built in 1929, the theater was used for the armed forces as a movie house and live theater. The building opened to the public in the ’70s and ’80s. After the closing of the Fort, the building was given to the city. Years of negotiations ensued while the PFL continued to quickly outgrow their home on Franklin Road. Finally, the City of Lawrence agreed to rent the theater to the PFL, and the deal was brokered.

Now that the theater is finally in the hands of the PFL, Judy and her staff are ready to revive it and make their art dreams happen. After remaining largely unused for 30 years (with the exception of the National Guard renting the space as a practice hall), PFL reopened the building and began the massive task of renovating.

After taking possession of the building in October 2015, the PFL cleaned, painted, repaired damage from a January 2015 flood and more. Many improvements are needed, such as new curtains, sound and lighting, but as I look around the 87-year-old building, I can already see and feel the majesty it once had.

With grand chandeliers, 208 new seats that were installed in the ’80s but barely used, an ample stage and even the seal of the great United States of America proudly displayed on the wall reminding guests of the theater’s historic past, visitors immediately get a sense of Americana.

The theater held its first show, “It’s a Wonderful Life: A Live Radio Play,” the first and second weekends of December to rave reviews.

Spotlight Players of Beech Grove produced the show, and they have an exciting season on tap at the Theater at the Fort.

Coming in February 2016 is a play that ironically Byron and the PFL can surely relate to, “Blues for an Alabama Sky.” It is a play about the post-Harlem Renaissance era where dreams of grandeur have all but disappeared in the wake of the Great Depression. A perfect offering to celebrate Black History month, the play includes a brilliant African American cast of five. 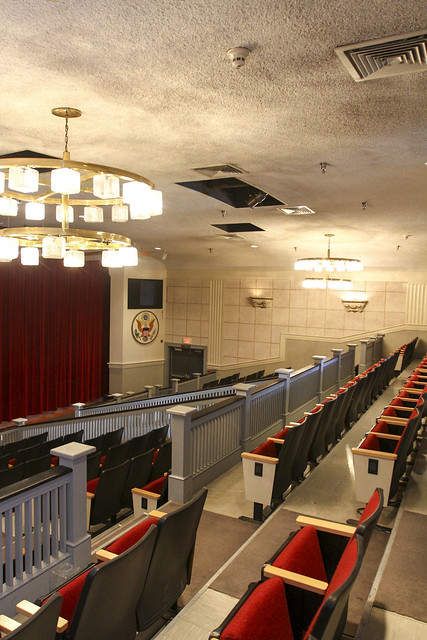 Starring local poet and actress Gabrielle Patterson as Angel, Philip Armstrong as Guy, Alicia Collins as Delia, Ennis Adams Jr. as Sam and Onis Dean as Leland, the play brings to life their journeys as they strive to bring their dreams to fruition. You won’t want to miss this masterpiece of romance, cynicism and comedy.

“Vanya and Sonia and Masha and Spike” is on tap for April, “Charlotte’s Web” for June and “Waiting for Godot” for July. Visit spotlight-players.org for showtimes and tickets.

Byron reminds me that theater isn’t the only offering in the building. They have an exciting four-week summer camp planned that includes dance, circus arts and miming by Luis Oliva (teacher at Forest Glen Elementary), public art (sculpture), a percussion class which teaches the percussion styles of various cultures and even performances by Dance Kaleidoscope.

Families who are interested in the art programs should visit lawrenceartcenter.net for the calendar. Summer is their busiest season for camps with children out of school. You’ll want to sign up early as classes sell out quickly.

In the meantime, the PFL is forging ahead with their agenda for growth. Byron emphasizes, “We can’t do this alone. We need the support of the community.” Collins adds, “There is such hidden value here. We want everyone to come discover the endless possibilities for performing and visual arts.”

There are many ways you can support the PFL, including donations and participating in classes and programs. The PFL’s Adopt-A-Chair program puts your name on a seat in the theater for a donation. Byron says just as important as financial contributions, they need volunteers.

Visit the PFL website, lawrenceartcenter.net, for more details. On with the show!