Greenwood
Home›Indiana›Greenwood›Need to learn a language? Head to the library!

Need to learn a language? Head to the library! 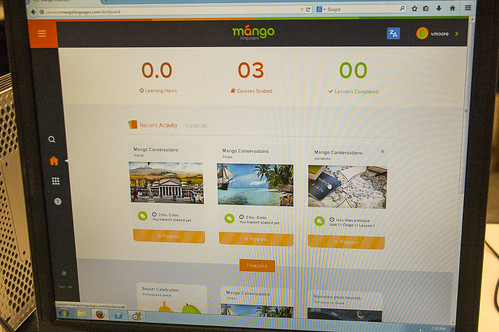 When Chrystal Kieffer’s son wanted to learn Spanish, she turned to the Greenwood Public Library. Although it doesn’t offer classes in a traditional setting, it does provide a unique resource for basic language skills in 63 different languages.

The Mango Languages database provides step-by-step tutorials using a conversational method for languages such as Spanish, French, Japanese, Portuguese, Italian and German. More unique languages offered include Ancient Greek, Punjabi, Icelandic and even Pirate. That’s right Swashbucklers, Mango gives students an opportunity to converse with Jack Sparrow and even learn a little about the history behind the meanings.

Librarian Susan Jerger said the library had been looking for a language learning resource that would provide the greatest benefit to the majority of library patrons, but also be “less intimidating” for those who don’t know where to start.

“Mango’s intent is to make learning a language fun,” Jerger said. “It’s for those who don’t want to spend a lot of time, want to travel or just want to get started. It’s a great way to ease your way into (learning a foreign language).”

You can choose to start with lesson one or take a placement test to see if your high school and college classes stuck with you. The online tutorials jump right in, but they get students started with useful phrases. You’ll learn “hola” and “buenos días” but you’ll also find out which words to use for formal and informal greetings. Without directly conjugating verbs, students get a real feel for how the language comes together.

Some languages offer more than just conversational tutorials. Medical Spanish, Librarian Spanish and Romantic Spanish are also options in the Latin American Spanish section. There are also a number of English as a Second Language courses.

Since the language learning database was introduced in January, Jerger said they have had 140 tutorials accessed. Fifty of those are from regular patrons who created their own learning profiles. Another 50 users logged in anonymously. Many have gone on to access more than one language. Although she can’t track everything, patrons can share their success through Facebook and Twitter. The library hopes that as patrons become more aware of the program, the success stories will begin to surface.

“We had been curious about language databases for several years,” Jerger said. “We thought it would be great because Greenwood is becoming more international.” Still, the library took time to set aside funds and consider every option because they vary in cost, structure and teaching method. 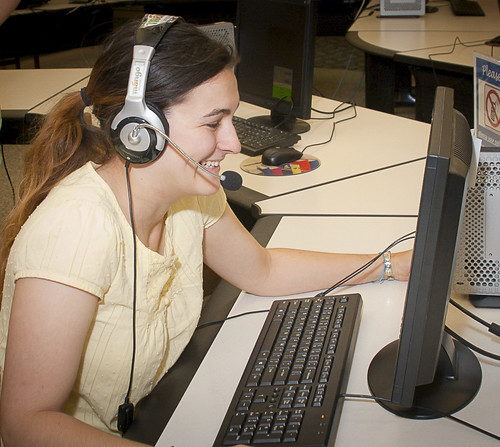 Mango Languages cost $2,700 in 2014. An individual subscription to Rosetta Stone would cost $274 for three years, but the programs are so different in structure that Jerger hesitates to compare the two. The library’s program provides access for all library patrons and even anonymous users of the library’s resources in the building. Library card holders may log on to Mango Languages at any time in the library, in their home, or even on the mobile app for Apple or Android products.

The majority of the funding for the Mango Languages learning program came from the redistribution of the library budget. It was able to save money in 2013 on a business and marketing database and even found some savings in money spent on print materials.

“We still spend a lot of money on print materials (including books, books on CD, DVDs), but each year trends toward more money for digital materials, whether downloadable ebooks and audiobooks or research databases or online learning such as Mango,” Jerger said.

Even though her son hasn’t completed a Mango tutorial, Kieffer believes the library’s investment was worthwhile. “We homeschool, so we already use a lot of the programs,” she said. “I think we are going to use (Mango) this school year.”

Kieffer brings her three children to the library often and pays for a non-resident card each year. She and her family live outside of the GPL tax district. She said they choose to come not only for the programs, but also because “everything is easy to find and well labeled.”

Still, Jerger said Mango isn’t the only useful database the library offers. In fact, one of the most-sought-after ones is ALLDATA Online, a program that contains automotive repair books for all major models dating back to 1982.

Patrons can also search ancestry, business and real estate, academic, medical databases and more. The librarians utilize the Novelist database to find books that patrons might like to read next. So scallywags, belay yer carousin’ (stop messing around), and check out all that GPL has to offer at greenwoodlibrary.us. Online databases, including Mango Languages, can be accessed at greenwoodlibrary.us/databases.asp

Our Voice Heard Loud And Clear