Yolanda Santos: Mom of the Year

Yolanda Santos doesn’t claim to have all the right answers when it comes to parenting, but that’s OK. Because she learned long ago that the key to being a good mother isn’t always knowing the right thing to do. The key is to steer your children to make the right decisions for themselves. You do that, she said, by providing them with a loving atmosphere and the support they need.

Santos has done just that — with the help of her husband and family, devotion to her faith and an adventurous spirit that touches everything she does.

For her efforts, Santos has been named the 2016 Greenwood Community Magazine 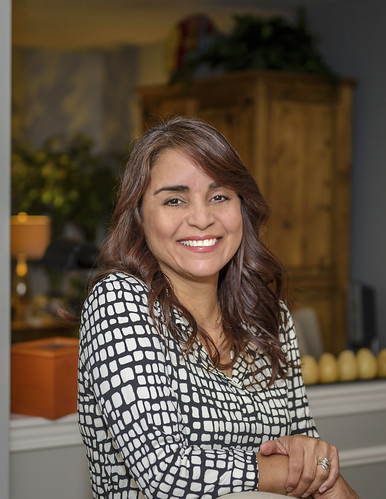 Mom of the Year. It’s an honor the mother of three never expected and didn’t believe at first. Family members told Santos of the honor at the airport upon returning from a spring break trip to visit family in Puerto Rico. “I was shocked,” she said. “I thought they were joking. It’s certainly nothing I ever thought about.”

Yoliani, the oldest of the three children, said that while her mother may never have thought about being named Mom of the Year, it’s an honor she truly deserves. “She always made sure that me and my brothers could do what we wanted to do,” Yoliani said. “She taught us and encouraged us to be honest and straightforward. That’s how we were raised.”

Santos, the Students Services Advisor at Isom Central Elementary School in Greenwood, didn’t even know she had been nominated. Her children kept it a secret until hearing from the magazine’s committee. In addition to the honor, Santos wins a “Mom Spoiling” prize package that includes a Winslow Spa outing, flowers from McNamara, a Massage Envy gift card and a Bella Vita gift card.

In typical fashion, Santos has tried to downplay the honor. She didn’t even tell her co-workers at the elementary school, and when they found out, she gave much of the credit to others. Her husband Ismael has been an equal partner in rearing their children. “If I’m the Mom of the Year, then he’s the Husband of the Year,” she said. Her older sister, Miriam Laureano, has been another person Yolanda has called when she’s needed a hand.

FAITH AND DIGNITY
“Children don’t come with a manual when they’re born,” she said. “It’s not that I really knew what I was doing. I just put my faith in God and my family.”

To Yolanda, faith means much more than reading the Bible and praying. It means treating people with dignity and respect. Her family didn’t have a lot while she was growing up — first in Chicago and then in her parent’s native country of Puerto Rico. But her parents always made sure they had what they needed, helped others in the community and always spent a lot of time together.

“We never had a whole lot of money,” Santos said. “But we felt like we had it all because of all the attention we got. I was raised in a family with a lot of love.” 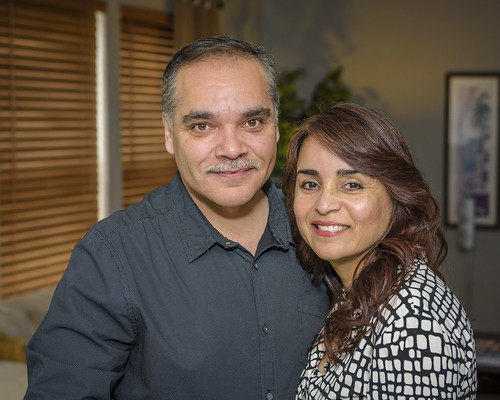 Ismael, her husband of 27 years, said that those early influences rubbed off on his wife. The couple met while attending college in Puerto Rico. They married, started a family and moved back to Indiana in 1999 when Ismael took a job with Valle Vista Health Systems in Greenwood.

Yolanda has always been the type of person to keep herself busy, and she’s very dedicated to everything she does. But the real key is the way she lives life. “She’s always had her priorities straight — God first, then family and then career,” Ismael said. “That’s why I think she’s been successful.”

A WONDERFUL MOM
While she’s tried to pass along those traits to her children, they see so much more. They describe their mother as strict but in a good way, supportive, adventurous, spontaneous and someone with a great sense of humor. “I hope I can be that way with my kids,” Yoliani said.

Ricardo, 15, the youngest of the three children, said it’s rare to see his mother in a bad mood. Ricardo didn’t hesitate when a family friend encouraged the children to nominate their mother for the magazine’s award. The nomination process included writing a detailed letter about their mother.

“I just really wanted everyone to know how I felt about my mom,” said Ricardo, a freshman at Whiteland Community High School. “I wanted everyone to know how wonderful she is. It wasn’t hard. I just started writing on my laptop. I was just telling the truth.” Ricardo wrote, in part, that he admires his mom because no matter how busy she is, she always makes time to take care of the family — even the dogs.

“I can’t say she doesn’t spoil me,” Ricardo said. “There are times when I leave home to a messy room and come back to a clean one.”

The news that their mother had been selected as Mom of the Year was a pleasant surprise, said Jose, 22, a student at IUPUI and a sergeant in the Indiana National Guard. “People enter contests all the time, and you never know of anyone who wins,” Jose said. “I thought it was pretty cool she won.”

One of the best things about his mother is that she treats everyone the same, Jose said. Being a school counselor isn’t an easy job because you see so many people who need help. What makes his mother special is that she cares for all of them. 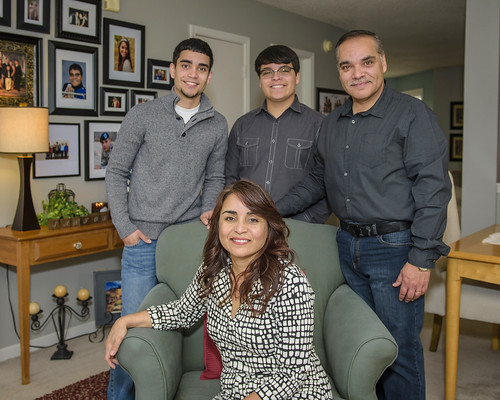 “She acts like a mother to all of her kids at school,” Jose said. “I think that’s what sets her apart.”

Sometimes, Ismael said, she’s caring to a fault. She gets so involved with the families she works with that there’s often not enough time in the day to get everything done, so she brings it home and does paperwork or makes calls to parents in the evenings.

“She loves what she does,” Ismael said. “She definitely got into the right field. But sometimes you have to take time for yourself. What she does, I couldn’t do. I’d get too emotionally distraught. She spends a lot of time worrying about other people.”

SURPRISING CAREER CHOICES
Those worries are sometimes directed at her own children. That was especially true when Yoliani graduated from Purdue and decided to seek a career in the television industry, and Jose decided to enlist in the Army National Guard. “These are amazing choices,” Santos said of her children’s chosen careers. “You have to be able to give them guidance, then step back without making their choice.”

Santos said it was “horrible” when Yoliani took off for Los Angeles. The two are best friends and have done so many mother-daughter things together. One of the most memorable was when they performed on Madonna’s halftime show at the Super Bowl in Indianapolis. The two were on the field at Lucas Oil Stadium rushing to put the stage together and then take it apart before the second half. “It was hard work,” Santos said. “But it was one of the best adventures a mother and daughter can have.”

It’s important for each parent to give their child that little push, Santos said. But seeing her daughter head off for Los Angeles was scary. Those fears were tempered by the knowledge that Yoliani had done everything possible to prepare for the dramatic lifestyle change; she didn’t just take off without a plan. She had done an internship in Los Angeles while a student at Purdue and had saved her money preparing for the move.

Yoliani now works for Food Network on a television show called “Celebrity Food Fight.” She’s a freelance production assistant working with the celebrities and chefs that appear on the show. Previously, she worked for Telemundo, a Spanish network, on its version of the popular variety show, “The Voice.”

Yoliani knows it wasn’t easy for her mom when she took off for the West Coast. “They did a very good job of not letting me know how nervous they were,” she said. That ability to let her make the decision and let her go is one of the many things Yoliani admires about her mother. Living alone in Los Angeles was very tough that first year, she said. But she made it work by relying on the lessons she learned while growing up.