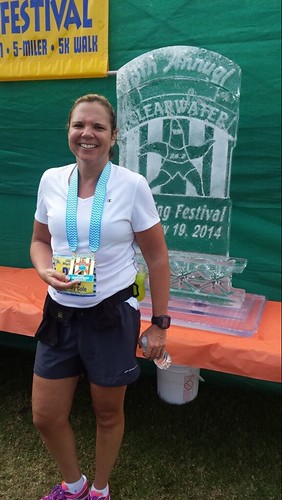 In the June newsletter at the Hare Chevrolet dealership, there was a small story from co-owner Courtney Cole that took many by surprise. Cole, who owns the dealership with her sister Monica Peck, wrote candidly about running her very first marathon in January and how she is now in a much different race—a race against time as she battles Stage 3A lung cancer.

“I just wanted to get all the facts out there,” says Courtney as we chatted in a restaurant recently to discuss her journey. Dressed in casual clothes and wearing a ponytail, Courtney joked about how lucky she was to still have her hair after starting chemo treatments in May. We also laughed about how we ordered water on the rocks, instead of a beer, as she needed to “hydrate” for the next day’s chemo treatments.“ I’m just taking this all one day at time,” said Courtney with her courageous smile.

In mid-February, just weeks after her first marathon, Courtney experienced extreme chest pains that led to a trip to the emergency room and eventually a diagnosis of Stage 1 lung cancer. She underwent surgery to remove a lesion on her lung, but then, more bad news. Doctors said the lymph nodes were involved, changing her diagnosis to stage 3A lung cancer.

“I was just shocked by the whole thing,” Courtney lamented. I am in my early 40s and I’ve never smoked. How could I possibly have lung cancer?” Doctors would soon determine it was a gene mutation that really has nothing to do with smoking.

Courtney—who is a single mother of two—is scheduled for 12 chemo treatments, followed by 5 1/2 weeks of radiation. “The treatments are rough,” said Courtney. “Feels like ice running through your veins.”

Her family made her a blanket full of photos to take to her treatments. Her sister Monica gathered some cute hats and scarves in case Courtney starts losing her hair. Overall, the longtime Noblesville resident says the outpouring of support has been amazing and somewhat overwhelming.

Friends from childhood have looked her up and cancer patients from all over have shared their stories and offered support through social media.

Trying to keep it business as usual, Courtney and Monica—known as the “Sisters of Savings” in their themed radio ads—recorded radio spots ahead of time, in case Courtney is too weak from treatments down the road. 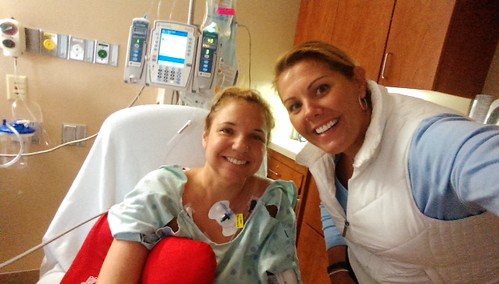 As we left the restaurant on that sunny afternoon, Courtney said she hates to miss the summer weather. I reminded her it was supposed to rain for the next couple of days, to which she replied, “Good, that makes me feel better!”

I know there will be many more sunny days ahead for Courtney, as well as some rainy days, too. But just like conquering her first marathon, she is a strong woman with a great support system of family, friends, colleagues and fans to cheer her on all the way. For more information, go to: www.patcarlini.com