Dirt is Turned on a High-Profile Development Project in Lawrence 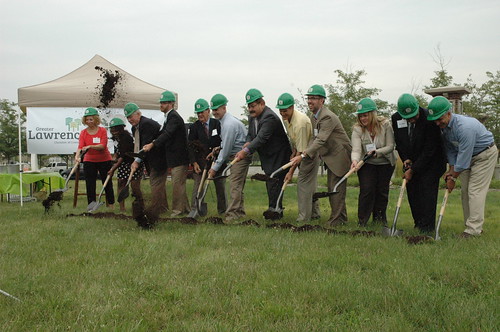 Work has begun on what government and economic development officials say is a critical part of the long-held vision to create a true city center for Lawrence. Fort Harrison Office Suites is a mixed-use retail and office project under construction at 56th Street and Lawrence Village Parkway. A public-private partnership between the Ft. Harrison Re-use Authority and Fishers-based developers Yeager Properties and RealtyQwest-Baldwin is responsible for the 35,000 sq. ft., $5.5 million project.

Jockamo Upper Crust Pizza restaurant has signed as a ground-floor tenant. The popular eatery (with locations in Irvington and Old Town Greenwood) will be welcomed by Lawrence diners, hungry for another sit-down dining option. “Oh, I think it’s going to be a game-changer to kind of kick-start Lawrence into a different direction,” says Re-use Authority Director Freddie Burris.

Additional first-floor space and the entire upper story will consist of offices designed specifically to incubate Lawrence businesses. “The concept of the office suites is really a benefit for beginning offices to grow, and it allows people with smaller businesses to start and grow, as well,” says Scott Yeager, president, Yeager Construction. “It allows businesses to come in and share amenities such as conference rooms, a lobby and so on.”

According to the RealtyQwest-Baldwin website, approximately 90 suites will be available, with rent that includes taxes, insurance, common area maintenance, janitorial, utilities, high speed internet access, WIFI, and shared fax/printer resources. Phase One—the offices portion—is scheduled to launch early next year. Jockamo’s will follow a couple of months later with its opening. Space is available for an additional ground-floor tenant—perhaps another restaurant. 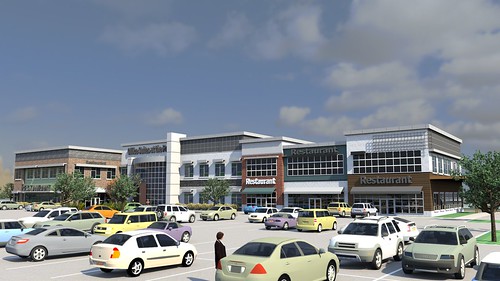 The city is kicking in $1.7 million in economic development money—an investment it believes will pay future dividends. “I think the use of anything that creates jobs, that ultimately makes people want to be here and grow here, is a worthy investment,” explains Tim Joyce, Lawrence economic development director. He notes that the tax base that’s created will ultimately be city dollars.

In the meantime, plans are said to be moving forward on development of about 70 cottage-style homes near Triton Brewery. “That’s going to be the next big thing,” says Burris. “It’ll be for empty nesters or first-time homeowners. Three bedrooms, some with basements.” Burris adds that inquiries from other interested developers are on the upswing. “I’ve always said the next dig would be the catalyst for the fort,” says Lawrence Chamber of Commerce President Jessica Tower. “I think the dominos are going to start falling in line.”

Presuming that Harrison Office Suites is a hit, plans call for an adjacent, matching building forming a gateway into the village center. “The people of Lawrence have waited a long time for a spectacular place in the community—for it to be recognized as a place for them to come spend time with each other,” offers Joyce. “This is one of those things that’s a community builder.”

Are You Ready for Some Football?