LNHS Girls Basketball is Ready for Another Winning Season 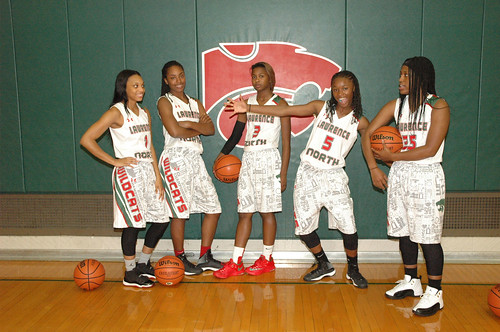 For the first time in school history, the girls team was ranked No. 1 in the state during last season and they went all the way to the Final Four. No pressure, but great things are anticipated for this season.

Currently, the Lady Wildcats are ranked No. 14 in the nation by the latest preseason ESPN poll. Behind this success is Coach Christopher Giffin, a special education teacher at LNHS, who followed Bobby Knight from Bloomington to Texas Tech, where he gleaned coaching experience and earned a masters degree. However, Giff gives all the credit to his team.

These tough, talented ball handlers are amazing on the court, but what sets them apart are their leadership skills on and off the court.

Senior and team captain Lamina Cooper, who is committed to Purdue, was the Indy Star Female Player of the Year last year.

“Cooper is an exemplary leader, encouraging a teammate if someone is having an off game, and she helps others stay focused and in the game,” said Giff. “She is a natural leader.”

Cooper started playing basketball when she was 5-years-old and has excelled, in part to her hard work.

“I give my personal best every time I step on the court, no matter what,” said Cooper.

Senior Jordan Hankins has goals to make the Indiana All-Star team again and win a state championship, but that doesn’t mean that she doesn’t think about the example she sets.

“I do my best to set a good example to those around me on and off the court,” said Hankins.

She also has high hopes for herself.

“I would love to play professional basketball,” says Hankins. 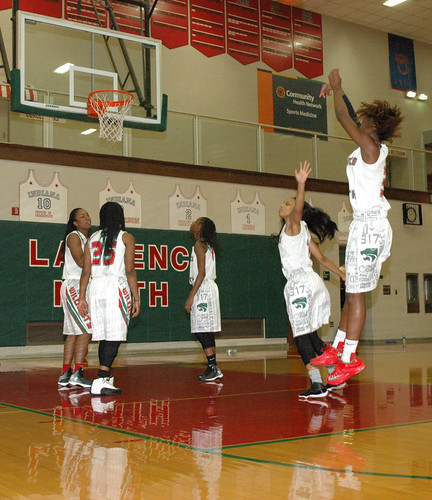 She has committed to Northwestern University and plans on being a surgeon in a specialty field where she can still be “clutch.”

Junior AeRianna Harris has verbally committed to Purdue, where she will be reunited with Cooper in two years. Harris echoes the sentiment of lifting up the team.

“We work together pretty well and know each others strengths and weaknesses, which will help on and off the court and the support from our families and the community is incredible, and for that we are grateful,” said Harris.

Lauren Dickerson, another Division I player and point guard, tore an ACL in July, and is expected to come back stronger than ever by January.

“We stay together as a team, play our game, and trust our system and each other. At the end of the day we all love each other,” said Dickerson.

Sounds like they are ready for a promising season!

Already planning ahead, Giff and the Lady Wildcats will host summer camps all 4 weeks of June, for ages entering 1st grade through 9th grade. If interested, please contact Coach Giff through LNHS.