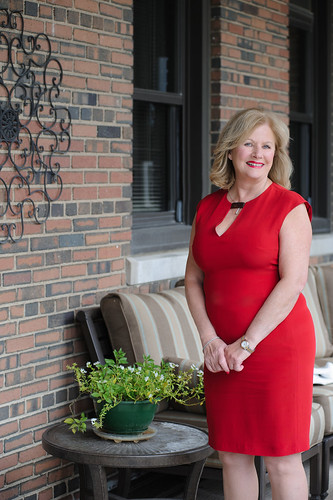 One of the most successful Lawrence businesses is one you’ve likely never heard of and, to some extent, that’s just fine with Phoenix Data Corporation, where security is extraordinarily high and the community profile relatively low-key. Located adjacent to City Hall on the second floor of a former Army base building, 18 Phoenix employees go about their business under the watchful eye of Carol Curran, founder, president & CEO. “I have always liked Fort Harrison,” Curran explains when asked why her 13-year-old company is located in Lawrence. “And, I know the area very well.”

Phoenix provides information technology solutions for clients in the government, military and health care sectors. For example, Phoenix is responsible for scanning, mailing and managing much of the state’s Medicaid-related paperwork. About 60 employees at the firm’s Marion facility conduct electronic data conversion, mailing services for medical claims processing, and hospital and electronic medical records systems integration. In short, Phoenix is the state’s record keeper and paper pusher for government-provided medical benefits. “The state recommended us to IBM. They needed a woman-owned business to meet contracting requirements, and [Phoenix] was the only one in a three-state area with the necessary qualifications to do scanning operation, mail room, etc.,” says Curran.

While such records management is vital, the firm’s business relationship with the U.S. military is perhaps most important. After all, when you’re dealing with national security and military weapons deployment, it underscores just how significant the work is that Phoenix does. Curran explains that a Phoenix staffer with a Ph.D. was responsible for writing (and continues to update) computer code used by the United States Navy for electronic warfare purposes. The software allows for implementation of what is called Swarm Intelligence—identifying and interpreting scores of data points to pinpoint how and where to most efficiently deploy military strikes by unmanned aircraft (drones). “Planes, subs, carriers, tanks use Swarm Intelligence to kill something, and in the blink of an eye, to see where it is,” Curran explains.

Phoenix is handling workforce development for the Naval Surface Warfare Center’s Crane (Indiana) Division where the subject matter is electronic warfare training. “It took me ten years to crack the military [as a client],” Curran says. Today, a retired rear vice admiral is on her staff. “You’ve got all of these countries close to having superior weapons—all building them. This training is an opportunity to be a couple of steps ahead of them,” Curran notes. “We are right in the thick of it. I think that the software we have certainly helps with the direction that the [U.S.] military and government decide to go in to prevent catastrophic happenings,” she adds. 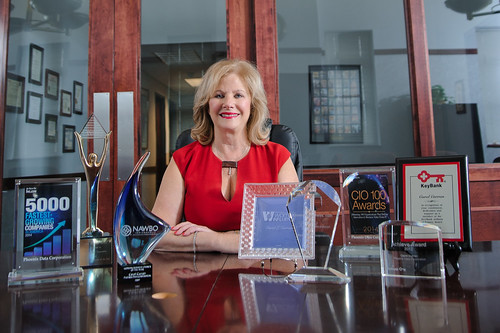 Phoenix has a footprint in Ohio where 25 employees in Cincinnati are working on a classified federal contract. Curran is bidding on a new contract that would create about 350 jobs in another state. Sales of its services are approaching $10 million and Curran predicts a Phoenix expansion could happen in the near future. “The atmosphere [in Lawrence] is right, availability of services is right, we’re comfortable. Everybody loves where we are,” she says. “Lawrence is convenient to downtown and to the interstate highways. I enjoy Lawrence.”

Chamber of Commerce president Jessica Tower calls Curran a dynamic, inspiring woman. “She has taken her business to new heights of success. In return, her success is a success for Lawrence. Phoenix is creating jobs with substantial median incomes,” says Tower. “Technology businesses continue to reside in the Lawrence area and our community is fortunate to have a tech firm such as Phoenix Data Corporation at its epicenter.”

At age 70, Curran hasn’t slowed. Hardly. She holds a captain’s license for a 43-foot sailboat, and continues to ski and sail. It’s been a good ride for the Arsenal Tech and IU Bloomington business grad who credits her success to doing things the right way, and to the good work of her fellow employees. “I take comfort in knowing that I’m providing a living for them and their families. I can’t retire—they’re family—I can’t let them go. It takes all of us, not just me. And, we do well.”