Other
Home›Other›Are You Ready for Some Football?

Are You Ready for Some Football? 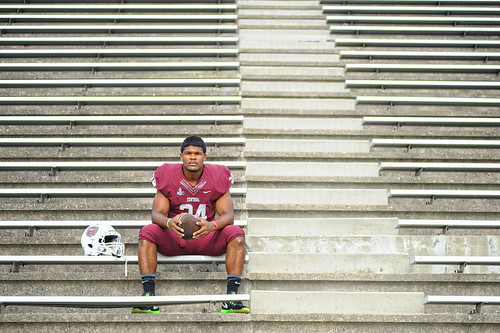 He knew. When Darrin Kirkland, Sr. watched his son play varsity football as a sophomore, he knew the 15-year-old would likely have an opportunity to play at the next level. “When he came in the game, he made an instant impact,” remembers Darrin, Sr. It was a hunch that’s paying off—big time.

While a student-athlete at Park Tudor School, Darrin’s physique began to fill out and his athleticism jumped off the chart. Desiring a more competitive opportunity, Darrin enrolled in Lawrence Central High School. Now, at age 17, he’s a strapping 6 ft., 2 in., 230-pound, gifted athlete. “He’s one of the best linebackers I’ve seen in high school since I’ve been around,” offers Jed Richman, LC’s head football coach. Kirkland also is no slacker in the classroom, which made him a prime target for top-flight Division 1 college football programs.

During his junior year, 31 schools recruited Darrin including Ohio State, Louisville, Ole Miss, Texas, Virginia Tech, Wisconsin, Oklahoma, Texas A&M, and Notre Dame. “Darrin has always been a strong student, so it was important for us first to investigate what these schools were most noted for. That was at the top of our list,” says his mom, Stephanie. In the end, the University of Michigan was the choice. In December, Darrin graduates and will enroll in college—ready to take on the biggest athletic and academic challenge of his young life: studying finance and business law, and playing Big 10 football for the Wolverines. “It was important to me to find the best place for me—academically as well as athletically,” says Darrin Jr. “Someplace where I would grow as a man and a great football player. They offered me a plan.” “I’m just very proud of him,” says his smiling father. “He’s done everything in and out of classroom, on the football field, around the house. He’s just a humble kid.”

Darrin is arguably the best player in Indianapolis, and may well be a candidate for Indiana Mr. Football. His team plays in the hyper-competitive Metropolitan Interscholastic Conference (MIC). When you face Ben Davis, Carmel, Center Grove, Warren Central, North Central, Lawrence North and Pike every week, it’s a meat-grinder of a schedule. “There’s no comparison in this state to it,” explains Greg Rakestraw, sports talk radio host and play-by-play voice of HomeTown Sports and News, which will carry nine MIC games this fall on WRTV’s cable channel. “MaxPreps ranks the MIC as the ninth-toughest high school conference in the country.” 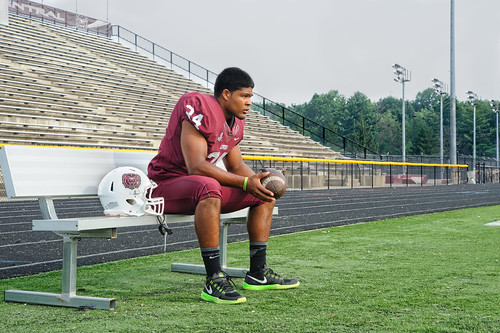 High school football is enormously competitive and popular, particularly in Marion County and Lawrence Township. While Lawrence North has struggled in recent years Rakestraw predicts a different LC-LN game this season (September 5). “My expectation is that LC should win, but this year it should be a lot more competitive.” Richman agrees about the township’s pigskin prowess (especially when Cathedral is added to the mix.) “I think it’s an exciting time to play football in Indiana, Indianapolis and especially Lawrence Township.”

Kirkland, who wears jersey number 34 and plays middle linebacker, is a big reason for LC’s recent success. “He’s big, he’s strong, he’s fast,” Richman says. Darrin’s 40-yard dash time is 4.58—very quick for a young man his size. He’s consistently ranked in the top ten nationally at his position. “He’s the kind of kid you never have to take off the field. He’s a football player. Period.” For that and other, more important reasons, Richman says he’s not surprised Michigan came calling. “He’s an easy kid to coach. He’s a hard worker and makes everyone around him better. He’s always trying to bring his teammates up and lead the program in intangible ways.” As an example, Darrin helped coordinate a visit to Gleaner’s Food Bank last winter where LC football players packed food for holiday distribution.

Richman says it was impressive how Darrin handled the attention from big-time colleges, and the continuing spotlight that comes with being a Michigan recruit. For that, he credits Darrin’s parents. “Nothing goes to his head. Obviously they’ve installed great values in him,” says Richman. “When the recruitment got really heavy, he still had a lot of high school to stay focused on,” says Darrin’s mom. “I still wanted him to be a kid.” And apparently Darrin’s teammates understand the media spotlight. “Nobody’s perfect, but he’s done a nice job handling all the pressures that come with being a high recruit,” says his coach. 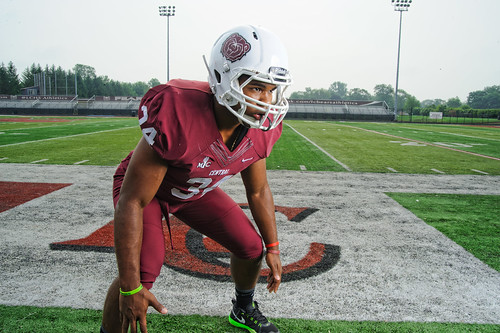 Kirkland has racked up impressive awards over the course of his athletic career including MVP honors at several national football camps. This January, he’ll participate in the U.S. Army All-American Game in San Antonio with 90 of the nation’s best high school football players. “I’m ready for the next chapter,” offers Darrin. “A little nervous—just for starting college, not for the football part. I’ll get comfortable with it after the first few weeks.”

Unsurprisingly, Kirkland dreams about the NFL (observers say he has the skill set.) “If it happens, it happens,” Darrin understands. “I just want to be the best football player I can be, and if that end’s up in the NFL, that would be great.” But first, there’s plenty of work to do. After all, he hasn’t even stepped foot onto the college gridiron. Stephanie, however, notes that her son has always had big dreams. And, why not?

Dirt is Turned on a High-Profile Development ...