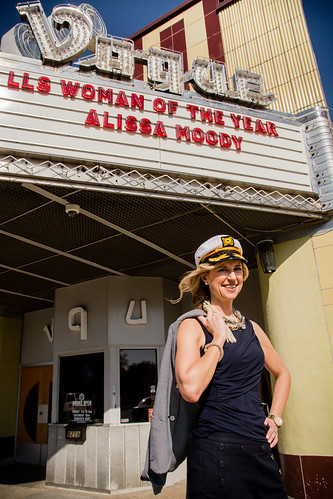 Honoring her passion for helping those with leukemia and lymphoma, Alissa Moody is running for LLS Woman of the Year.

Working with children under ideal circumstances can be challenging, but choosing to work with kids coping with extreme medical adversity is another thing entirely.

Alissa Cobb Moody grew up hearing about an uncle she had never met. Her mom’s brother, Randy, had died at the age of 19 before Moody was born. “I have always felt a passion for helping children with cancer. It’s my way of honoring my uncle,” shares Moody. Each year, her family plants a tree in Randy’s honor. The tree line has grown to be quite impressive.

Moody became a physical therapist focused on pediatrics. In her career, she has only worked with kids. For 10 years, she worked at Riley Hospital for Children. Luke Canterbury, who is nominated for the LLS Boy of the Year, was one of Moody’s patients.

“She was simply amazing,” shares Angie Canterbury, Luke’s mom. “Luke went through such an extremely painful healing process, and Alissa cried along with us.” Luke, who has recovered from Burkitt’s Lymphoma, Stage 4, is now 6 years old and thriving. 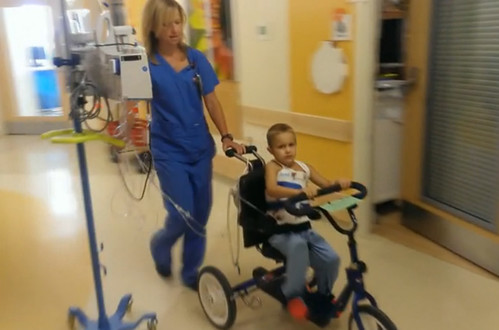 Alissa was also the PT for another young man, Michael Treinen. Michael passed away in 2008, just six days prior to his 20th birthday. Michael had an incredible spirit. He played three sports and insisted that a stationary bike be placed in his room at Riley Hospital for Children during his treatment. Alissa was able to get Michael a bike, but it was rather shabby and had taped handles. Michael didn’t care; he rode it daily anyway. He’d vomit from his chemo treatments and get back on the bike to stay in shape. Alissa credits his devotion to exercise as his stress management, which kept Michael mentally tough through treatment.

While on the bike, Michael was inspired to help ensure that every patient on the oncology and stem cell transplant units have access to an exercise bike. His mom, Kelly, is the Principal of Promise Road Elementary School in Noblesville and started a weekly fundraising campaign where students and faculty would pay a dollar to wear jeans to school on Friday. These dollars allowed the Treinen family to help outfit Riley Hospital for Children with a slew of new bikes that were used on the oncology unit and throughout the inpatient hospital at large. Michael’s full name is Michael Thomas Treinen, his initials MTT. Each stationery bike was given a license plate with “Moving Through Treatment,” MTT, to honor Michael.

Alissa’s mom has repeatedly said how if her brother, Randy, had been around today, she thinks the treatments available now would have saved his life. But unfortunately, even with today’s treatments, young children are lost in great numbers to leukemia and lymphoma.

Alissa now has two young children and has taken a hiatus from work to be with her kids. She is honored to be able to give back to the LLS through her Woman of the Year campaign. She was nominated by Kelly Treinen. Alissa didn’t hesitate to say “Yes!”

As part of her campaign to raise funds for the LLS, Moody has set several “fun”-raising events, including renting out the Vogue April 16 where her brother’s band, Yacht Rock Revue, will perform. Other events include:
-April 24: Dog Trot and Family Fun Day at Forest Park in Noblesville at 11 a.m.
-April 30: Bourbon Tasting Event at the Moody’s Home at 7 p.m.
-May 1: Purse Bingo at Harbour Trees Golf and Beach Club in Noblesville at 2 p.m. with Derby Theme

Meet the Murphys: An Introduction to the ...