Beyond 3.1: Indiana’s Race for the Cure Celebrates 25 Years Susan G. Komen Central Indiana began a race 25 years ago that lasted for more than the final mile marker. The annual Race for the Cure 5K has become the largest fundraising event for breast cancer globally, reaching to 150 annual races in four continents since beginning in 1983. In 1991, Susan G. Komen Central Indiana joined that legacy with the first race in the state, beginning at historic Fort Benjamin Harrison. But with 25 years of spreading hope, change and support, Susan G. Komen’s Race for the Cure is more than just a race.

In celebration of the 25th anniversary of the Indianapolis race, the leaders that put together the very first race came back together for a special interview. Sharing memories, the group was able to reminisce on where Indiana’s Race for the Cure began and what it has grown to.

Local organizations, including the Junior League of Indianapolis and Little Red Door Cancer Agency, were crucial in the formation of the first race. Lisa Cole, who was introduced to the race from her position in the women’s volunteer organization Junior League and became the 1991 race’s first chairman, shared how these organizations pulled the community together.

“The Junior League has a long-standing history of starting efforts from the ground level. Conner Prairie Farm is an example of that. There are a lot of different institutions that have stayed here in our city. Komen approached Junior League to see if we would be interested in starting a race with the eventual opportunity of starting a chapter. In the process, Junior League selected their leadership team for the event, so that is how all of us got to be a part of it,” said Cole. The first Race for the Cure was organized by the Junior League of Indianapolis and hosted at Fort Benjamin Harrison.

“Although [the race] was coming from a national program, to have that local connection [was special]. We knew that a percentage of the money raised from the race would go to national efforts for research and all the important things that were going on on a national level, but we also wanted to make a difference in our own community.”

In the first year, the race granted $35,000 to Little Red Door Cancer Agency and $15,000 to breast cancer research, a large amount for only the first year. That money was able to potentially save numerous lives by providing women with mammograms and even biopsies.

Twenty-five years later, the money raised from the annual race is still being pushed back into the community, saving lives and raising hope. Natalie Sutton, current Executive Director of Susan G. Komen Central Indiana, emphasized how important these donations and funds are to helping the local community, not only to the national program.

“We still feel like it is really important that most of the money stays local, and it is invested in breast health programs in the local community,” said Sutton.

After countless hours of work and preparation, roadblocks and accomplishments, the very first Central Indiana Race for the Cure took place. In 1991, the only major race that took place locally was the OneAmerica 500 Festival Mini-Marathon, so to put together a race from nothing and grow it to an event recognized around the city that gives back so much was powerful. 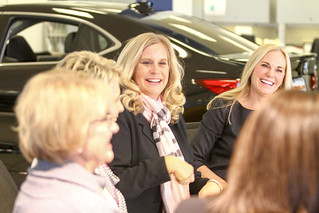 “I think that is what is great about being able to have this chance now and look back,” added Cole. “Those are the important things that have stuck with the race all these years. It still has that really strong connection.”

Not only has the race been able to provide the local community with healthcare, but it has also been able to educate women and provide support. The first year, the race was exclusive to women only and also aimed to educate racers and members on breast health. Today, that push for education is also a driving force for the race, although it is open to males as well.

“[The first race] was back in the time where breast cancer was not talked about like it is today,” commented Pam Miltner, Co-Chair of 2016 race as well as Co-Chair of the 2004 and 2008 race. But not only has Miltner been a key role in the Race for the Cure, she is also a survivor of breast cancer, making her experience with the race much more personal.

“I was diagnosed in ‘93, and during my last treatment, [my oncologist] gave me the brochure for the race. He said, ‘You need to go and do this.’ He told me I would not be able to run or walk, but they would need volunteers,” said Miltner. “[At the race], there were 200 survivors. I remember standing at the water station, and all the women came over and told me to join them. Going up there with them,…it was wonderful. Having all those survivors together helped me because they knew exactly what I was going through. They were all just hugging [me] and saying that it was going to be okay. That was huge for me, and the rest is history.”

That community of support has only grown. In the 2015 race, around 1,500 survivors were present, and the event raised $1.3 million. For 2016, the goals are even higher with hopes to exceed the previous year’s outcome to be able to give back even more.

For more information on the Susan G. Komen Race for the Cure, visit komencentralindiana.org/race.