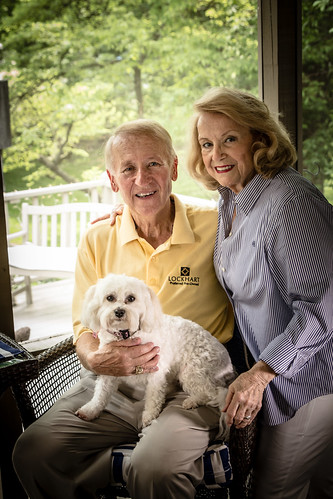 One of the best kept secrets in Indianapolis is a quaint, historic home in Broad Ripple, known as the Boone Docks. The name was derived by family and friends through many decades of memories of parties and boating. Owners Mike and Lynne Boone embraced the name, having a small sign created to make it official. Nestled in the White River split near the dam, the Boones’ home is an ideal setting for a bed and breakfast.

Lynne, a retired interior decorator, was given the idea of creating a bed and breakfast by a former longtime neighbor who suggested the Boones convert a room on their main level to accommodate her overflow, as she frequently had to turn guests away. Finally giving in to this concept, the Boone Docks on the River Bed & Breakfast opened just in time for the NCAA tournament in March of 1991.

The Boone home is a 1920s English Tudor, located just north of Broad Ripple Village. It was one of the first homes constructed in the area that was not a fishing cottage. The home was originally built using repurposed materials from the first home of Colonel Eli Lilly. The parts salvaged from the Lilly home include hardwood floors, the arched entry doors, as well as all first and second floor French doors. There is also a beautiful stained-glass window and small arched windows that originally graced the Lilly home, which was originally constructed in 1860, and was demolished after the salvaging of these appointments. 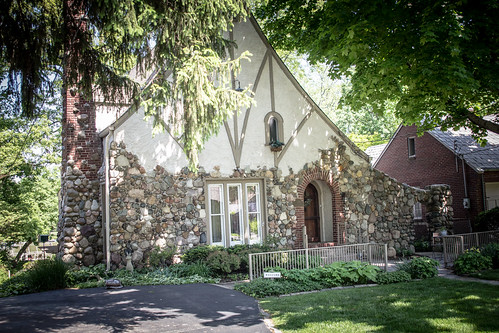 When the home was built, Westfield Blvd. was a gravel and dirt road, and the surrounding acreage was heavily treed. The original property had two homes built upon it, the Boones’ home and one next door.

An interesting conversation piece is a large pole with a hook on the end. The pole originally belonged to Henry Dithmer, an early president of the Polar Ice Company who rose from humble beginnings. The prior owner of the Boone home was Henry’s granddaughter, and when she sold to the Boones, the pole stayed in place.

The home possesses other interesting historical significance: Mike Boone is a direct descendant of Squire Boone, Daniel Boone’s brother. That makes Daniel Boone Mike’s great x5 uncle. The Boone clan is so widespread that there is a Boone organization and bi-annual reunions, normally held in historically meaningful locations where the Boone brothers (and sisters) had surveyed, fought, lived or died. These men were quite the surveyors and natural explorers, leaving their descendants a rather colorful legacy. 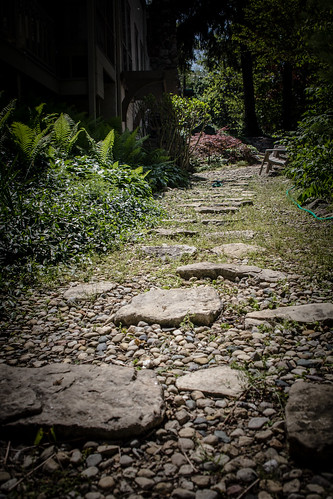 Squire Boone, Jr. was just as well known as his famous brother during his day, but the legend of Daniel tends to overshadow him. Squire was born tenth of eleven children in Berks County, Pennsylvania. Daniel and Squire both fought in the Revolutionary War. Squire was part of the delegation that created the Wilderness Trail through the Cumberland Gap. He was also one of the original settlers of Boones Station, Kentucky (now Boonesborough), which was the first settlement west of the Appalachian Mountains. Squire eventually lived with his family south of Corydon, Indiana. This settlement became Boone Township and is home to Squire Boone Caverns, which are available for public tours. This is also Squire Boone’s final resting place.

Mike Boone and his father have detailed genealogy on their entire family. Prior to their work, the family tales were mostly legend. The books and documents supporting the family history are readily available for viewing. They are proud of their lineage, and it shows. Each first-born is given the middle name of Daniel, as is the case with Mike. He and Lynne have four children, eight grandchildren and two newly welcomed great-grandchildren. Those Boone reunions must get exponentially larger every few years!

Another interesting factoid about their property is that they have the second tallest Bur White Oak tree in the state of Indiana. Arborists have confirmed that the tallest is located near Evansville, but the one on the Boone property comes in a close second. It takes three men fingertip to fingertip to circumvent the trunk. 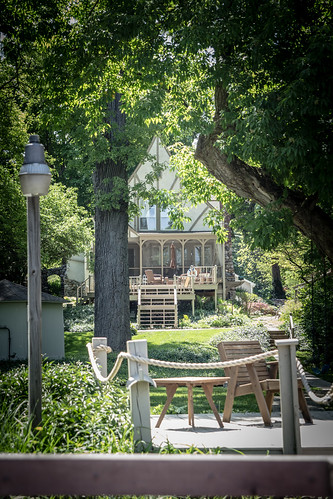 Mike and Lynne have welcomed guests from all over the world. With their intimate setting, they get to know these guests quite well. “We have created an extended family situation with our bed and breakfast,” says Lynne, who handles all reservations over the phone.

The Boones are members of the Circle City B&B Association. While mostly providing a private retreat for their guests, they have hosted, on occasion, small, intimate parties and weddings. Their setting and property are inviting, and depending upon the time of year, lend beautifully to garden functions.

Guests have easy access to Broad Ripple Village dining, entertainment, shopping, the Monon Trail and special events. Keystone at the Crossing shopping mall is nearby, but with their tranquil surroundings, some guests prefer not to leave.

The River Room Suite is entered at the garden level, decorated in blue and white with white wicker furnishings. The bed is a queen; there is cable TV and WiFi. A hearty breakfast is served in the dining room or enjoyed on the screened porch to observe the 500-year-old oak tree, the White River, and the birds. Are they open to having a permanent guest?