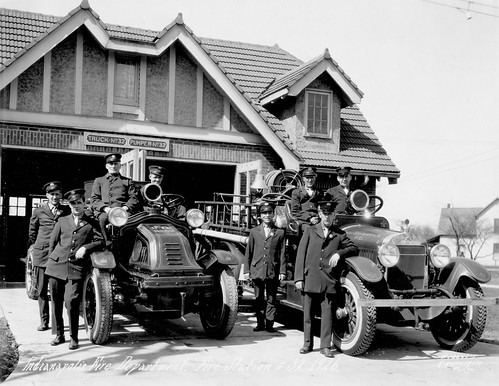 Indianapolis Fire Department Station #32 was added to the National Register of Historic Places in 2011, but it has long been considered a historic landmark on the north side. The current firehouse was built in 1922, however prior to this construction, the site had been home to the Community House for Wellington, which merged with Broad Ripple (north of canal) in 1884. Prior to this merger, the Community House served as the town hall for Wellington (town south of the canal), as well as a jail, polling place, and base for the volunteer fire department.

The dedication of the new fire station in 1922 offered room for the firefighters to sleep upstairs in a loft, plus a garage for the hose truck, jail cells in the basement, a courtroom, and offices for the town board and police department. A few months later, Broad Ripple was annexed by the City of Indianapolis, making Station 32 the newest fire station within IFD.

An addition in 1966 kept the original design and integrity of the structure intact. The extra room was badly needed by the eight men who worked and lived at the station.

With budget cuts in 1978 and given the cost and maintenance of equipment, along with the infrequent number of runs compared to other stations, 32 was losing their water truck. The truck was removed in February of 1978, but residents pressured the city and it was reinstated a few months later in April. Again, in 1982, the same issues arose over equipment and budget concerns. This time the truck was retired for good.

Residents were up in arms over this change, but the concern over losing the truck shifted focus to the potential of losing the beloved fire station. Station 32 was on the chopping block, but a petition with 5,000 signatures influenced the decision to allow 32 to remain open. 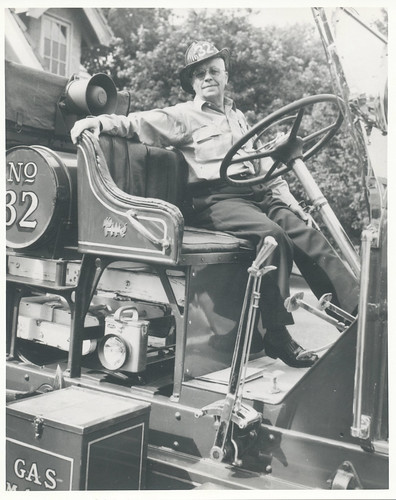 The station may not show a strong value on a spreadsheet, but its intrinsic worth to the community is immeasurable. As much a part of Broad Ripple as the canal and the ducks, Station 32’s role in the community is now one of community outreach.

“The worst time to be introduced to your neighbor is during an emergency,” states Captain Gregg Harris. “Station 32 is a safe house, a place to park a bicycle safely.” Capt. Harris has been at Station 32 for five years. He explains that the station provides a Rescue Squad, offering an Advanced Life Support (ALS) vehicle that can do everything except transport a patient.

The station plays a role in the annual Broad Ripple Lights Up holiday event held the first week in December. The festivities begin with a parade at Broad Ripple High School, and ends with the lighting of a 14-foot-tall Christmas tree located at the station.

Now the oldest operating fire station in Indianapolis, 32 is a historical fixture that Broad Ripple residents couldn’t imagine living without. It’s a reminder of what community is all about.

I was assigned to Station 32 in March of 1987 after being promoted to captain and spent just about one year there. It took a little adjusting as I had primarily been at busier stations and the pace at 32 was a little more laid back. It was also was very much the “people’s fire station.” We always had people in and around the station, wanting to use the restrooms, the telephone, and the kitchen, and even to watch TV.

During my time, the one constant was the ducks. A prized treasure of the Village, the fire station was their second home. When securing the station at night, you had to make sure that one was not left behind, as they would leave quite a mess. The “Duck Lady” ran the drugstore across the street, so the ducks spent a lot of time there.

That fall, other firefighters told me that when the “Duck Lady” would go on vacation, she would bring us duck food and ask us to take care of them. I learned that ducks would pretty much eat until they couldn’t move. So sure enough, I reported to work one morning and there was a large-scale cleaning effort taking place. A couple ducks spent the night in the station eating and discharging the food all over the first floor. 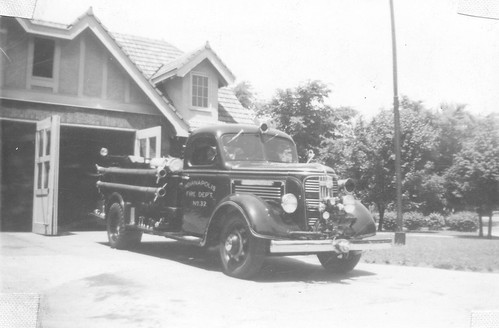 That winter, we had a really bad ice storm with high winds. We still had the open cab engine where the firefighters rode on the back step. We had a number of runs due to downed power lines, traffic accidents and first aid calls. We’d make the run, and then get back to the station and thaw out.
About 3:00 p.m., someone stopped by the station and said there was a duck stuck in the Water Company canal about six blocks south of the station. When I told them there was not much I could do about it, they stated they would start making some calls. We quickly learned that meant to the City County Building.

By 5:00 p.m. I had received a call from the Fire Chief stating that the Mayor’s Office wanted us to do something about that poor duck that was frozen in the canal. So we loaded up and headed out. When we got there, there were about 20 people standing around in the freezing wind and sleet, begging us to rescue the duck. It was about 10 feet from the bank, just out of our reach.

We thought we’d try using water to melt the ice around him, but the crowd thought we were trying to drown it and yelled at us to stop. We then used a ladder on the ice and sent the new guy out to see what he could do. Of course the duck wasn’t happy for the company and tried to peck him. We finally used water and a pike pole to break the ice from around his leg and off he went. We figured he would beat us back to the station.

I left 32 the following May, with the knowledge that while I might have been in charge of the fire station, the ducks were in charge of Broad Ripple.

Tom Garriott, publisher of Broad Ripple Community Newsletter, reminisces about his grandfather, who was stationed for a time at 32: 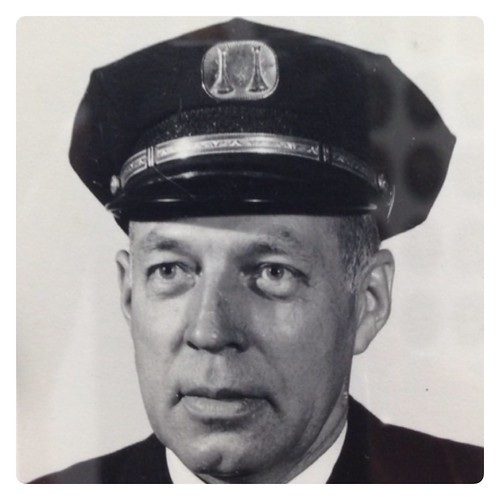 John “Dutch” Garriott, born in 1906, had to quit school due to the Depression and help his father at their livery stables (which were located where Rogers Pools now stands). With an 8th grade education, he somehow created a career for himself as a firefighter with IFD. He served as the assistant to the Fire Chief for 15-20 years as well as being stationed at various firehouses. Dutch went to all the big fires, driving like he owned the streets. When the Indianapolis Rubber Company burned down, there was a photo of Dutch holding a hose in the basement of the building.

After an extensive career with IFD, Dutch (who retired as a captain) never quite understood things like stop signs and speed limits. As a kid, you took your life into your hands when you got into a car driven by grandpa Dutch. One story told by grandma relates that they were blazing down the highway to their home in Orlando, Dutch was pulled over for speeding. After whipping out his honorary badge to impress the impress-less officer, Dutch supposedly announced that he had “gone faster backwards than that officer ever had forwards.” License suspended.

At Dutch’s funeral, held in Broad Ripple at Flanner and Buchanan, there were scores of callers lined up out the doors. The big ox of a man with a big heart and a heavy foot was loved by a throng of people. As the processional drove to the cemetery, they drove slowly past Station 32, where the mourners who weren’t already teary reached for tissues. For there stood four IFD officers, saluting in formal dress, standing next to a wreath of flowers honoring Dutch’s badge number.

Through the Indianapolis Firefighters Museum, I discovered proof that the apple doesn’t fall far from the tree (but not for speeding). Tom Garriott, the publisher for Broad Ripple Community Newsletter, must have publishing in his blood. For his grandfather, Dutch Garriott, was part of the team that put together the newsletter The Helmet for IFD.

Many thanks to those who assisted with my research: Capt. Rita Reith, Capt. Gregg Harris, Capt. Greg Roembke, Cindy Beaver with the Indianapolis Firefighters Museum, and Tom Garriott.

If you have a fun story to share about Station 32, please do so by going online to atBRip.com. Comments and stories are welcome.