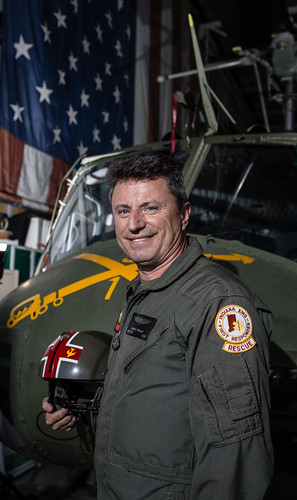 Combining his natural gift of precision and his love of flying, hand craftsman jeweler and helicopter pilot Charlie Walker creates not only memorable pieces of exquisite jewelry but also facilitates memorable experiences for veterans.

Growing up close to Grissom AFB, it was hard not to develop a love of aviation. Walker, one of seven children, was no exception. “I earned my pilot’s license at Brown Flying School while I was studying political science at Indiana State,” shares Walker, who also graduated with a minor in aviation administration. “I believe it’s the only flying school left in Terre Haute.”

Through a series of events after moving to Indianapolis, Walker found himself as a hand fabrication apprentice to Bill Thomas, owner of Petri’s jewelry company. Thomas purchased the business from the original owner, Edward Petri.

Working with equipment from the 1890s, Petri’s Jewelry Company is the only jewelry boutique in the Midwest providing custom pieces made in the same elegant manner as old world craftsmen.

Edward Petri moved from Paris to New York City and worked at Tiffany & Co. for several years before moving to Indianapolis. He opened his own business on Monument Circle in 1922 just before Christmas. In fact, as a key part of his lease agreement, the landlord was required to have Edward Petri’s Jewelry suite open for business prior to Christmas. The date on a historic photo provides proof that the grand opening was on time, regardless of lack of windows throughout the remainder of the structure.

Walker continues, “He was a big supporter of the IMA. Petri was a tall, thin gentleman who always wore French collars and drove an Avanti. He was a character.”

Thomas purchased the business from Petri in 1966 (Petri passed away in ’76). “Bill shared with me that even though there were no dedicated parking spots along Meridian Street, Petri considered the spot in front of the building as his,” shares Walker. “Bill would occasionally hear a loud bang and squealing of tires, indicating Petri bashing his car bumper into another car to move it.”

There have been a few strange stories of Petri’s ghost still looking after his beloved business. Walker’s wife, Becky, wrote a blog about their experiences with mysterious, inexplicable happenings that could only be explained by supernatural means.

She writes, “One morning, upon opening the store, the Parisian chandeliers did not turn on at the flip of the switch. The main showroom contains two stunning antique chandeliers from France. Charles was baffled because it was unlikely that all the bulbs burned out simultaneously. After getting a ladder to get a better view, Charles discovered the problem.

“The light bulbs had been unscrewed and removed from the chandeliers and set on the rim on the fixture! The picture of the chandeliers is included. It could only be Mr. Petri’s ghost. Charles was the last one out the prior evening, and the alarm had not been triggered to indicate anyone’s presence overnight, except, perhaps, the ghost of Mr. Petri.

“Upon further inspection, Charles was convinced that Mr. Petri’s ghost may have saved the jewelry store and the Guaranty Building from devastating fire. Charles discovered that the wiring on Petri’s antique French chandeliers had become worn and frayed and needed to be rewired. The ghost of Mr. Petri alerted us in the best possible manner. Mr. Petri’s ghost made sure Charles saw the wiring.”

“The stories are true,” shares Walker. “How else could we explain it?”

Walker’s discerning eye for craftsmanship carries over to the exactitude required for flying a helicopter. On the surface, the connection may not be obvious between the core of flying and hand craftsmanship for jewelry, but the two are quite similar in the traits required to be successful at both professions. 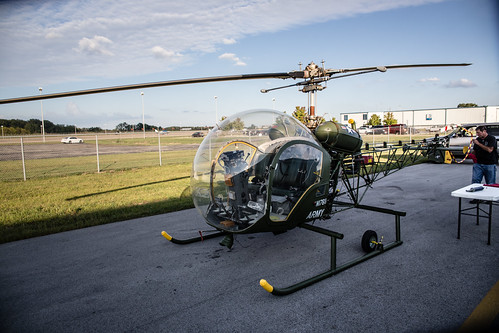 Walker also has a passion for service, which he channels into helping Korean and Vietnam War veterans with experiences with his helicopters. In 2000, Walker bought his first helicopter. By 2005, he founded the Indiana Air Search And Rescue (IASAR).

IASAR enjoys sharing aviation history with the community. The restoration and preservation of military helicopters provides a flying museum and a hands-on experience.

“We enjoy sharing aviation history with the community and especially helping veterans,” says Walker. “I’m so grateful for our crew that helps make this all possible.”

“Service in the Armed Forces has always been been a part of family life and history for me starting with my grandfather in WWI, father in WWII and uncles in the Korean War. Their service to our country and core values had a tremendous influence on me,” shares Linda Jeffries, VP of the Indiana War Memorial Foundation (IWMF) and IASAR crew member.

“My work with the IWMF and IASAR seemed like a natural progression, following my retirement from the VA Medical Center. It affords me the opportunity to give back by serving our Hoosier veterans, honoring their service and preserving their legacy.”

While Walker is not a veteran, he’s proud to say his father and a couple of his brothers have served our country. Walker used to watch war movies with his dad on Sundays when he was growing up. Walker’s dad served as an Aviation Machinist on the USS Bataan during the Korean War. Walker’s oldest brother John became a helicopter pilot in the Marine Corps. When Walker earned his pilot’s license, he wanted to fly planes, but an Indy Aviator named John Farson got Walker hooked on choppers. Farson flew a beautiful Bell 47 like one Walker owns today.

IASAR has undergone training with Homeland Security and Project Lifesaver. “We are equipped and trained to help work with local law enforcement if there is a need for an aerial search,” says Walker. “There are cases of missing persons with dementia or autism, and we would volunteer to help search from the air.” 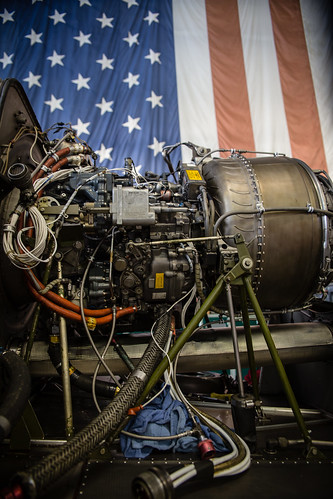 IASAR is a multi-faceted group using their aircraft for not just search and rescue but also for therapy. The UH1-D, B and H Bell Huey helicopters are of surprising sentimental value to many Vietnam veterans. “We have found the Huey to be a huge healing tool,” says Walker.

Over the last 10 years, IASAR volunteers have participated in many community and veteran events. During these events, veterans express their war experiences. These stories started to snowball as veterans have had the chance to interact with the Hueys. IASAR volunteers learned their mission was dominantly to help veterans.

“While volunteering at an event in Columbus, Ohio, one of our pilots, Frank Brisker, a Vietnam veteran, flew over to Motts Museum,” says Walker. “He took up Warren Motts. Motts had heard they were burying a guy from the 1st Division of the 9th Air Cavalry, so they did an unscheduled flyover.”

“You should see the letter IASAR received from the widow about the flyover, which coincidentally happened after taps was played,” says IASAR crew member and Vietnam veteran PonyTail Paul Cauley. “It turns out that same Huey was part of the 9th Air Calvary, based on flight records.”