Dan has extensive experience with all things film related. From producing, directing, writing, cinematography and editing, Dan has worked with major broadcasting outlets nationwide and abroad.

When Dan began his company, his focus centered upon corporate productions. “When my son Alex was 9 years old, he asked me, ‘What do you do, dad?’ and as I tried to explain it, I realized I wanted to do more, and that’s when my creative journey really began,” reflects Dan.

Alex was obsessed with trains to the point that whenever he heard a train, Dan would drive him in the car to follow it. Dan once got a speeding ticket trying to catch up to see what type of engine was pulling the freight cars along Mass Ave downtown.

The result of the train obsession was the making of Dan’s first narrative film, “587: The Great Train Robbery.” This film is still distributed worldwide, and at the time of its release, it was accepted at the Palm Springs Film Festival where both showings were sellouts. Alex played a small role at the beginning of the film. The 587 engine used to be a fixture at Broad Ripple Park and is currently being restored at the Indiana Transportation Museum.

“I’ve always enjoyed working with my dad on projects,” shares son Alex who is now 25. “I’m really lucky to have a father like him who encourages me to pursue my passions and celebrates when I do something creative.” 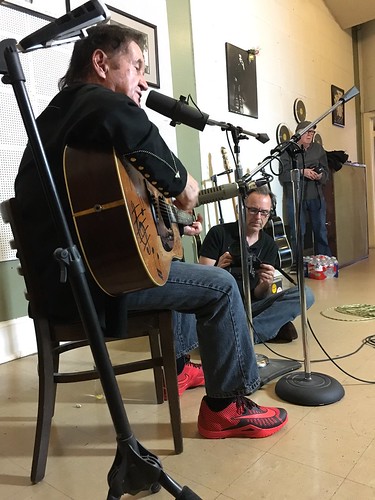 In addition, his work has been given the Seal of Approval by the Dove Foundation, endorsed by the Coalition for Quality Children’s Media (Kid’s First!) and is currently in distribution with Echo Bridge Entertainment. Dan has appeared on several local, national television and radio programs and was a featured guest on “Coast to Coast AM” with Ian Punnett.

Dan’s film “Lucky Teter and His Hell Drivers” was screened at the Indianapolis International Film Festival and broadcast on PBS. “Lucky Teter” tells the story of the famed stunt car driver.

One of Dan’s films, “The Lil’ River Rats and the Adventure of the Lost Treasure” starred his daughter with a portion of the movie filmed at Central State Hospital. “All sorts of weird things were happening while we were there,” shares Dan which resulted in his documentary about Central State. 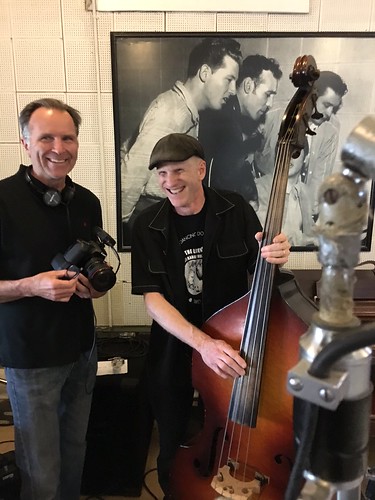 Along with his daughter Moli Hall, Dan produced the narrative, “Asylum: The Lost Footage,” released through Gravitas Ventures in 2015 and is currently on Amazon Prime.

Having grown up along the banks of the White River in Broad Ripple, Dan’s childhood has influenced some of his films. “River Rats definitely has some autobiographical evidence found in the film,” says Hall. “My siblings, friends and I were always making some sort of raft and playing along the river. Every day was a new adventure.”

Dan has a wonderful imagination and considers himself a creative soul, but once he started his production company, his focus was on commercials and corporate videography and less about being an artist.

“I truly enjoy the process of creating a film,” says Dan whose other creative outlet is through music. [He plays guitar in the band Invisible Ray.]

Dan is currently working on a documentary focused on Hoosier Rockabilly Hall of Fame musician Art Adams. A portion of the filming will occur at Sun Studios in Memphis. “I am really looking forward to that,” shares Hall.

24 Hour Biking Charity Event is Back ...

Leuk-Out! A Fundraiser to Benefit LLS and ...