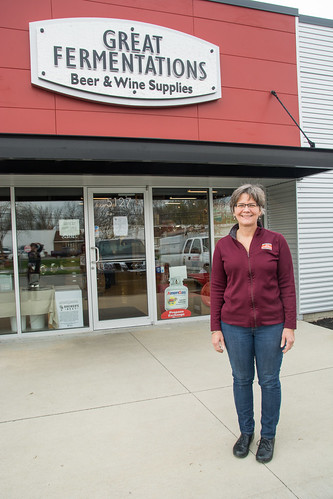 If someone was interested in starting a new rewarding hobby, Anita Johnson could probably convince him or her to try home brewing with one visit to Great Fermentations. With a passion for craft beer, home brewing and teaching people new skills, owner Anita Johnson is one of the lucky people who gets to do their hobby as a job.

Anita has been running Great Fermentations since 1995 and is still just as passionate about home brewing as she was when she was first introduced to it by a friend 20 years ago. Anita convinced her friend to teach her how to brew her own beer. All it took was for her to cook him a meal of his choice, mac and cheese (out of a box) and fish sticks. The moment she brewed her first beer, she was hooked.

With a new hobby taking a lot of her attention and a similar local store going out of business, Anita seized the opportunity to pursue her new passion. She quit her full-time job and opened a storefront. At a time where the home brewing trend hadn’t really taken off, Anita really had to work to educate people about this unique hobby. “It wasn’t mainstream, and people would ask about the legality all the time,” she explained. “I had to stick at it, and eventually, it became more popular and accepted.”

Anita feels really lucky to come into work everyday. She not only has great staff, but she also gets to work with her son as well. “I am able to share this business with him now, and it showed that he appreciated what I was doing here,” she explained. “Most businesses close in five years, so to be in a niche business for 20 years, it’s an accomplishment!”

After 20 years, Anita has become a wealth of knowledge on the home brewing hobby and stresses that brewing beer and wine is easier than it sounds. “Brewing beer is just like cooking but with the added step of sanitation,” she explains. She walked through the back of the store, showing all the steps of brewing beer. They had big batches of grains steeping and a room where you could smell all the different hops that would be added to the batch later. Anita only had one extra instruction to add about making wine. “If you can stir, you can make wine. Don’t be afraid to try something new.” 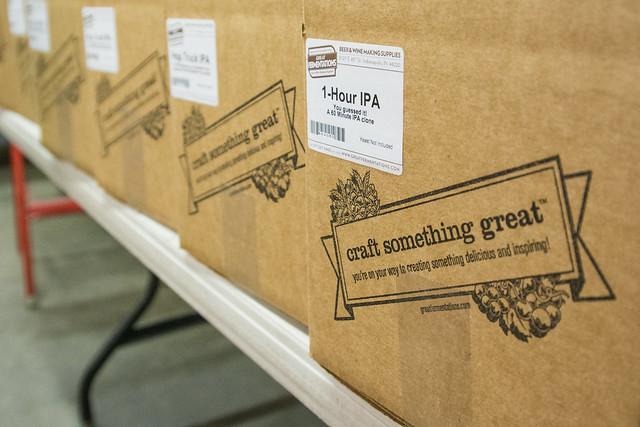 Along with everyday operations, Anita and her staff also brew their own beers, often entering them in brewing competitions. One of Anita’s first awards was for her cider and mead combo, Two Wrongs Make A Right. The name gives it away. “I had made a cider that was too sweet and a mead that was too dry, so I combined them, and it won a silver medal at a competition!” she said.

Trial and error is something that everyone experiences in home brewing. While Anita has had many successes, failure while learning is also a part of the process. “I have had my fair share of bad beer!” she laughed. “I had one that turned out to taste like a green Jolly Rancher!” she said.

Her current favorite beer to brew is Little Big Guy, a Session IPA kit they currently sell. “Half the alcohol, all the IBUs!” she joked.

Anita also likes to make custom beers for friends and family. After recently battling breast cancer, Anita wanted to make a custom beer for her doctor who helped her. She asked him his favorite kind of beer and hops, and she is excited to be delivering his custom beer, which is another session IPA, next week!

The next big event will be Big Brew organized by the American Homebrewers Association (AHA) May 7. It is celebrating National Homebrew Day and will have special guest speakers, brewer demonstrations and a garage sale for people to purchase home brewing equipment at a discount.

For more information, visit Great Fermentations in person or online at GreatFermentations.com.

IndyMom.org Working to Create a Village for ...