It Began With Family

Mama Carole and Son Justin Invite You Back to Old Italy 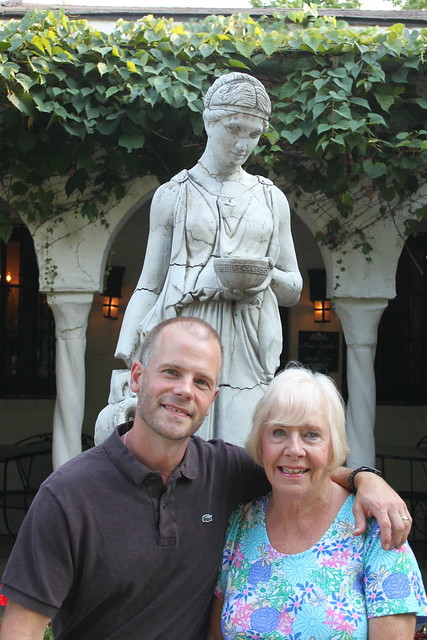 As she neared the intersection of College Avenue and 54th Street, Carole Leuer eyed the “For Sale” sign in the front of an old stucco house. She remembered her home in Omaha, and she missed the family food and old music of her childhood. Upon her return home, she described the house to her husband and how it would make an “awfully cute Italian restaurant.”

To Carole, owner of Mama Carolla’s Old Italian Restaurant, the roots of her story begin in Omaha, Nebraska. “Families had their own restaurants,” she says. “Next to New Orleans, I always thought that Omaha had the best food in the country.”

As a young adult, Carole moved to New York City. After marrying, Carole and her husband moved to Indianapolis, thinking they would settle here for a short time. But as Carole says, “We never got out of here. We’ve been here for 42 years.”

After her son Justin was born, Carole vacationed back to Omaha to see friends and relatives. She visited a place called WC Franks, a family restaurant serving hot dogs. When she returned home, she announced her wish to open a hot dog restaurant. After renting out a building on 52nd Street, Carole and her husband planned a menu of hot dogs, sausage and nachos. On opening day, a line stretched out the door. “I had never poured a Coke in my life,” says Carole, remembering her first taste of the restaurant business.

Along with hot dogs, Carole also ran Yogurt Crossing, serving frozen yogurt and sandwiches. “Much to my surprise, we realized all of a sudden we were in the food business,” she says.

Years later, the discovery of the old stucco house would propel Carole into her next adventure. She knew exactly what she wanted: “If I was going to do a restaurant, it was going to be Italian,” says Carole. “My best friends were Italians. My boyfriends were Italians.” She wanted people to feel like they had experienced a little place in Italy, and that meant keeping everything, even the music, looking and sounding old.

After buying the house, her family built an addition onto the back to accommodate a bar. As she began to decorate the interior, Carole attended auctions to buy old paintings for the walls, and she purchased pillars to place over metal pipes. She kept most of the light fixtures and bought more from local vendors. She even made the curtains and the tablecloths: “They probably all need to be replaced, so don’t look too close,” she laughs.

Carole traveled back to Omaha, tasting different dishes and deciding what to put on the menu. She even hired a chef to help her experiment with different recipes. And when it came time for a name, she recalled her favorite place back in New York City called “Mama Leona’s,” changing the Leona to her Spanish name of Carolla. 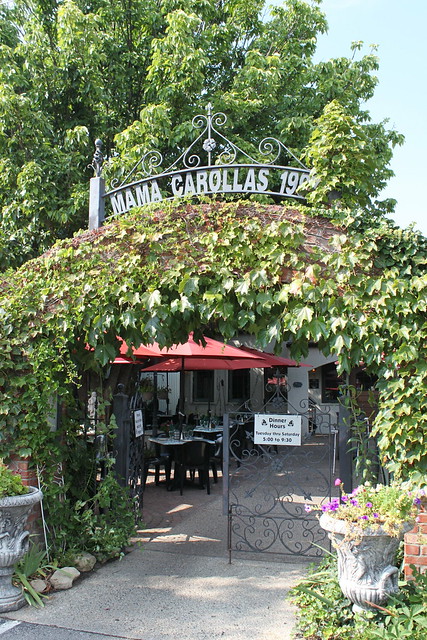 Soon it was time for the restaurant to open. “We were so over our heads,” says Carole, reminiscing on opening night in ‘97. “I’d never been in the food business like that before.” With very few other restaurants nearby, many neighbors doubted the place would ever survive.

Little by little, the business grew, and Carole continued to improve her recipes: “Every time you get a new chef, you learn something different,” she says. Soon, more and more family members came to work for them. During his later years at Ball State, Carole’s son Justin often trekked home to serve in the restaurant on the weekends.

Things finally seemed steady for Mama Carolla’s, but after losing their head chef, Carole found herself working night and day. One evening, she turned to son Justin and said, “Learn how to cook!”

Justin quickly switched from cooking Ramen noodles to experimenting with different recipes for sauces, ziti and lasagna. “He has the gift of taste,” says Carole as she remembers the day Justin told her he wanted to run the place. “It was the best decision I ever made.”

Justin has now managed the restaurant for over a decade. He enjoys doing a little bit of everything: training the servers, running the kitchen and coordinating the wine lists. He especially appreciates planning new specials for the weekend and notes that oftentimes it’s the basic twists on old, traditional dishes that make the best specials, like a recent dish of meatballs stuffed with mozzarella.

“Since we don’t have a chef, the cooks are more involved,” says Justin, who often brings ideas to the cooks to experiment with.

Justin also enjoys meeting the guests. “It’s fun seeing everybody happy when they leave. I’m tired, but it’s exciting,” he says. He plans to enclose the east patio by this holiday season to accommodate larger parties, so more people can enjoy the restaurant.

Carole holds up her cocktail. “This is what I enjoy the most,” she says, laughing. She is pleasantly surprised that NUVO named Mama Carolla’s “Best Local Italian Restaurant” in 2014.

But both mother and son are quick to solve this riddle.

“It’s a lot of hard work,” says Carole. “I appreciate that people like us and that they come back, and we will do anything to keep them coming back.” Justin and Carole both agree that their greatest joy over the years is being successful and taking pride in their restaurant. “Our philosophy from the minute we opened the restaurant was good food for a reasonable price,” says Carole.

“People can come in and have wine and dinner without breaking the bank,” agrees Justin. And for Justin, his greatest challenge over the years is keeping things new and keeping the food quality the same as when Carole opened the place.

Carole agrees with Justin. “We like people to find us,” she adds.

“It’s a nice hidden place,” says Justin. He remembers the families who drove hours just to dine at the restaurant or the Florida snowbirds who discovered the place as they drove north. He recalls stories of people’s first dates and of marriage proposals all happening at Mama Carolla’s.

“We are a family restaurant. We’re not a chain,” says Carole. “The truth of the matter is you’ve gotta have family in a restaurant.”

Carole smiles when she mentions her husband who spends every Friday and Saturday night at the restaurant, opening the door and kissing all the girls when they leave. Justin counts the employees still here who are just part of the family. “You spend time with them, then they have kids, and our kids play with their kids,” he says.

Carole points out her grandson as he passes by. She waves to another employee who graduated with her daughter. She greets the cooks and servers as one of the family. Soon, Mama Carole is relaxing at the bar with customers, thanking the bartender — another family friend — for the cocktail. Son Justin is checking on the kitchen and then heading to his kids’ soccer games.

But it all began way before Carole spotted that old stucco house. Before New York City and Mama Leona’s. Before frozen yogurt and hotdogs. Before her children and even before her move to Indy. Mama Carolla’s truly began in Omaha with evenings of local Italian food and old music. Above all, it began with family.

The Perfect Partnership – Brad and Carey ...