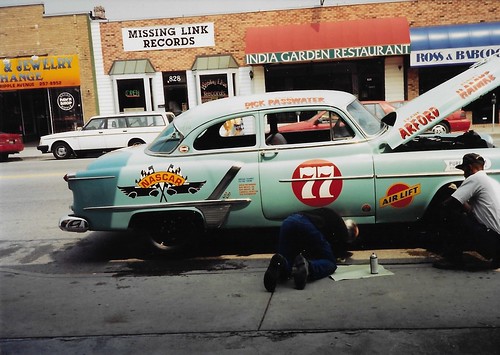 Passwater’s Auto Specialists’ namesake Dick Passwater is quite the character. Even at age 90, he’s still as feisty as ever.

His father was a Ford man. His dad worked at Ford Motor Company for 25 years until they converted to building war machines during WWII. About that time, Dick enlisted in the Navy, serving in the European theater with the Fleet Air Wing 7.

“I lost my hearing in the war,” says Passwater, who spent time in the Southampton, England, hospital before being transferred to Chelsea hospital in Boston. “Never saw so many guys so butchered up, it was pitiful.”

Passwater earned a medical discharge from the Navy. With his hearing loss, he strategically learned to lip read in addition to wearing a hearing aide.

Moving back to Indianapolis after the war, Passwater naturally gravitated towards a job with cars after having grown up around it. While his day job may have been in a body shop, Passwater earned his extra cash and showed off his swagger by racing stock cars. Officially Passwater is part of the NASCAR Living Legends. He raced the circuit from 1948-1953.

“I’ve been part of the Living Legends for 37 years,” says Passwater, who was second in the points standings one year of his racing career. “Most of my fellow racers were bootleggers, and they were tough on me since I was a Yankee.” 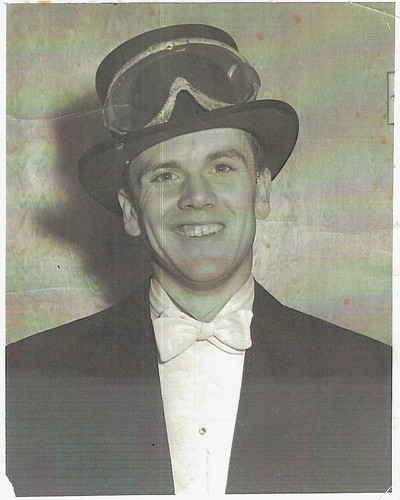 Ever the showman, Passwater was known for being driven to the races in a limo wearing a tuxedo. He would exit the limo with pomp and circumstance and proceed to climb into his stock car.

“We’d race for a dollar,” confesses Passwater who just loved racing. “I beat Bill Holland once.”

Passwater ended his racing career when his sponsor died. He created a reputation for himself working in body shops and hauling in wrecked cars to auto dealers around the city.

“I worked the wrecker. You’d have to hoist the car up, sweep the street, and 70% of the cars we towed in, we worked on,” says Passwate.

Located in the same spot since 1963 along the Broad Ripple Avenue, the current owner Bruce Kelley has known Passwater his entire life. “My parents were great friends of Dick and his wife,” shares Kelley. “We are proud to cater to the Broad Ripple area and keep the tradition alive.” 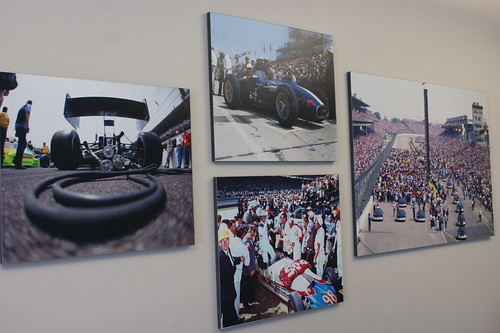 Photos of Passwater’s stock car adventures and his Auburn and kit car models grace the walls at the shop.

Kelley lives in the area and is a Board member of the Broad Ripple Village Association. “Dick is an interesting person. He has had an interesting life,” laughs Kelley. “He either makes you laugh or gets you in trouble. Back then with his slicked back hair and tattoos, he reminded me of Johnny Cash.”

The Lost Art of Letter Writing