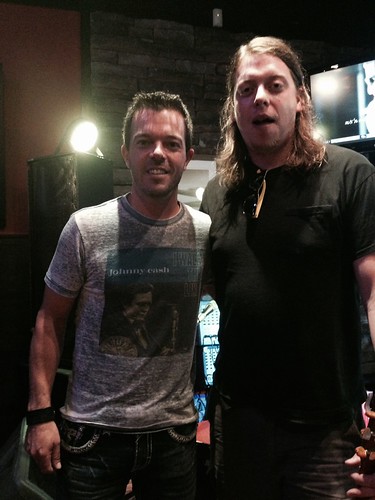 It’s a Friday night and Jason Squire is doing what he loves— playing guitar, belting out some tunes in his deep, soulful voice, and entertaining a crowd. On this particular night he is with his buddy and fellow musician, Robert Kermeen, his compliment in a duo called “Hanover Chase” (a reference to Hanover college friends) at the Gathering Bistro & Pub at Geist where they play on a regular basis.

“This is like a home game,” Squire says as he waves to patrons coming through the door. “I feel at home here.”

His first “C” on his report card was in music class!

Music was always on the radio while growing up with his four older brothers and sisters on the southeast side, but for Squire Boy Scouts and sports were his favorite outlets.

He attended Franklin Central High School where he focused on track and cross country.

It wasn’t until his 20s that he became interested in music and began playing the drums and taking guitar lessons.

His first band was called “Underground Groove.” When they couldn’t come up with a lead singer, Jason stepped up to the microphone and the rest is history!

“I got a late start,” Squire laughs. “But now there’s no stopping me!” 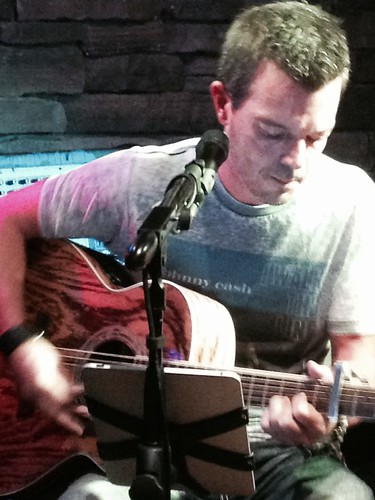 Over the last four years he has played at local pubs, restaurants and sporting events and he has also performed at some big time events including The Masters in Augusta, Ga., the Kentucky Derby, the Indy 500, the Brickyard 400 and Pacers and Colts games.

When the Super Bowl was in town, he joined Mellencamp’s former guitarist Larry Crane on stage downtown for some Mellencamp tunes.

“That was a lot of fun,” Squire says. “ I was always a big Mellencamp fan!”

He says some popular names in country music have influenced him along the way, and he applauds the local music scene, which has offered so much encouragement and support.

Today he resides with his girlfriend, vocalist Aimee Eisenmann, in what he describes as a “log cabin” on the north side.

“The local music scene has been great to me,” Squire says. “I’ve been given a chance to do what I love for a living; playing music with people I love, for people I love…
For me it doesn’t get any better than that!”

For more information on Jason Squier, go to hanoverchase.com.