Million Acres on the River

To create the rainbow shell effect on the exterior, the hired contractor created a fan-shape from wood, and placed various colors into the cement stucco. The fee for his work: $50. “This exterior is so unusual and was very well-done,” adds Robin McDowell, Phil and Nell Million’s granddaughter and the current resident. A mix of periwinkle blue, aqua, mauve, and sand colors this home like no other in the area. 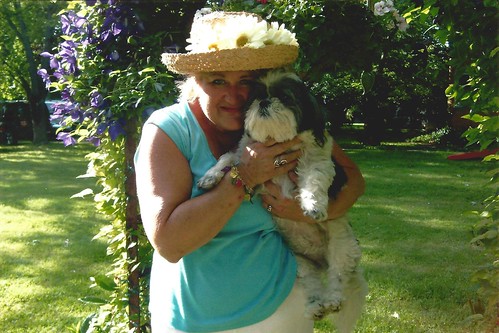 Becoming one of the first permanent residences along the river, among fishing cottages and shacks, the home has stayed in the family. Phil and Nell Million’s only daughter, Peggy, grew up and married a WWII Army Veteran, Jimmy McDowell. Jimmy and Peggy lived in Michigan for several years before settling on Edgewater Drive, across the street from Million Acres. During the summers while living in Michigan, the McDowell kids spent their summers with Marmer and Nannie (nicknames for their grandparents) on the White River.

“I love this house,” says Robin. “The history of the area is incredible. We are lucky that Marmer took so many photographs of the area.”

The only noticeable change is the growth of the trees. Otherwise, the home looks the same and is lovingly maintained. “This home was very well built, and it’s amazing that the exterior is so incredibly durable,” adds Robin.

After spending a decade in New York City working as an entertainer, Robin moved back home to Indianapolis where she moved into the home she has cherished since childhood. Robin frequently finds herself singing, “Rolling on the River” as she gazes out the back porch to the river in her back yard, with her dog Snickers on her lap.

Opportunity in Education: Challenging the Community