Myths and Legends of the White River 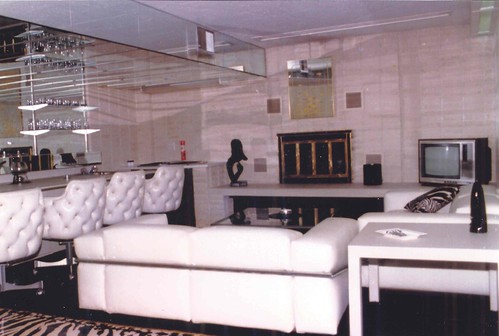 A Bygone Era
Along the river, there used to be Millionaire’s Row, a speakeasy, brothels, bars, and a dance hall with names such as Lovely Lassie’s, the Gold Doubloon, and Happy Landings Bar. A Chicago gangster named Toughie Mitchell was shot and killed at Happy Landings Bar, which was located at Ravenswood Beach.

In the early 1930s, Terrace Beach was host to many parties, one of which included Steve McQueen’s mom as a guest.

“Steve McQueen grew up in Beech Grove,” said Broad Ripple resident and life-long river rat, Mike Boone. “His mom was invited to a party on the river bank just north of where the White River Yacht Club is, called Terrace Beach, and my sister was placed in the same playpen with Steve and he bit her. She still has the scar.”

The 1950 romantic drama, “To Please A Lady,” starring Clark Gable and Barbara Stanwick was filmed, in part, at the Indianapolis Motor Speedway. During filming, Clark Gable stayed with and partied at the home of the IMS publicist, who lived on the White River next door to Mike and Lynne Boone.

“Rumor has it that the boat house next door saw quite a few wild parties during the filming of the movie,” shared Boone, whose dad rented out a Cadillac convertible to the production company for use in the movie. 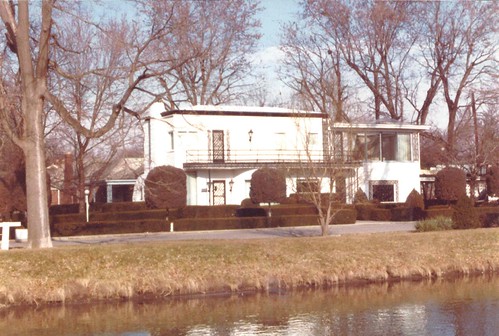 If These Walls Could Talk
Director of The Forum, Tim Yale, inherited quite a history when he purchased his waterfront home 23 years ago. The home was built in 1951 by LaRue Supper Club owner Harley Horton to accommodate the after hours parties once his club closed at midnight.

“The LaRue was the first dinner club in Indianapolis,” said Yale. “And by law, the club had to close at midnight, so our home was built for after-hours entertaining.”

LaRue’s supper club hosted talent such as Rudy Valli, Roan & Martin, and Carol Channing. These performers as well as celebrity guests Johnny Weissmuller (the original Tarzan), Clark Gable, and our own “Voice of the 500” Tom Carnegie, all partied at the Horton House into the wee hours.

An article from the Indianapolis News indicates that the home caught on fire in 1952 and was extinguished by pumping 65,000 gallons of water from the 30′ x 66′ swimming pool. Weissmuller reportedly did cannon balls into the pool. The massive size of the pool allowed the Horton grandchildren to launch boats in it.

Presidential Visit
May 4, 1980, Rex and Barbara Early hosted a political fundraiser for then Gov. Ronald and Nancy Reagan. Secret Service closed off their street in either direction during the three-hour event. Fifty guests mingled with the Reagan’s around the Early pool and deck for the afternoon.

What made the event notable, aside from the high profile guest of honor, was the arrival of the uninvited guests via the river. The event was crashed by a boat load of beer enthusiasts who were fellow members of the White River Yacht Club with the Early’s. The intoxicated men obnoxiously called out, “Hey Ronnie!” to the guest of honor, who graciously waved back.

“The Secret Service did not know whether to laugh or open fire,” said Rex Early, who was Gov. Ronald Reagan’s Presidential Campaign Chairman for the state of Indiana. 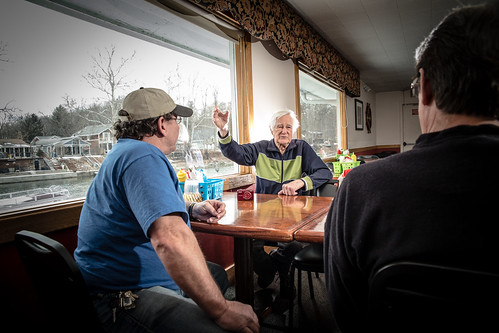 Overheard at the WRYC
“There used to be a double-decker paddle wheel boat on the river, but it capsized when most of the passengers crammed to the starboard side to look at a beautiful girl (rumored to have been topless) in a canoe paddling by,” said Jimmy “Mack” McDowell, long-time river resident.

Champion skier and river resident, Jim Kemna, recalls when the White River was known for its barefoot skiing.

“Back in the ’80s, the river was the place to train for barefoot skiing,” said Kemna, who was a state champion and ranked nationally at that time. “Boats were cheap and gas was cheap.”

“Barefoot regionals were held nearby, but Broad Ripple held a Free Event Skiing, slalom, ski jump course also on the river,” said Kemna. “There used to be lots of people out on the river.”

Barefoot skiers and boat racing wasn’t the only daredevil attempts along the river. “Rumor has it Winston Knauss flew his helicopter under the Keystone Avenue bridge,” said Kemna.

“There used to be houseboats that the race drivers would use for parties on the White River across from the garden shop,” said McDowell.

The Dawson family has been linked to Broad Ripple and the White River for generations. Esther Dawson, Bob Dawson’s grandmother, even wrote a history of the Broad Ripple area. Esther and her husband owned a large farm with their original home now a part of Joy’s House on Broad Ripple Avenue. Esther’s husband was Lt. Governor under Gov. Henry Schricker.

For recent generations, Dawson Lake, owned by the Dawson family, was where every youth on the north side of Indianapolis went to party on the weekends.

“My ancestors bought their land from the Native Americans,” said Bob Dawson. “The river was significant, because it was a property boundary for the land.”

FC Tucker Realtor on the River, Angie Trusty, has made it her business to know the history of the homes along the river. “The home of Nancy Duke and Tod Trafelet has an interesting conversation piece: its stairwell. Their beautiful stairwell originated from a hotel downtown and was floated upriver to the home at the time of construction,” said Trusty. 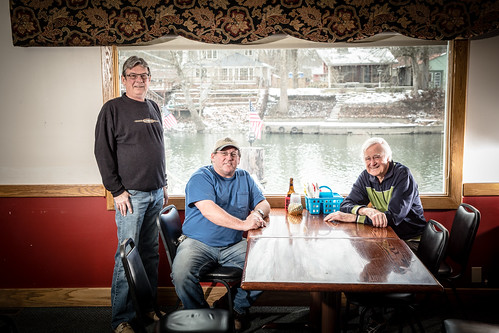 Inspiration from the White River
Local visionary is Dan Ripley, who says, “I can envision a time when Labor Day traditions are defined by a trip to our waterways to boat, swim, canoe, float, fish, ski and generally socialize in the environment of our natural waterways. I can see a recovery of the water quality and its nature within. I see riverbanks cleared of invasive plant species that once again support a vibrant wildlife and are naturally sustainable. I can see waterfront homes, social clubs, restaurants and businesses that front the water instead of turning their backs and placing their trash containers along the water. I see water taxis, sightseeing tours, waterski shows and tournaments, flotillas and regattas. I see sandy beaches, protected swimming areas cleansed by natural filtration, flood controls that work with the natural flows of the river instead of fighting to contain it. I see bald eagles, otters and children each enjoying a clean, safe and beautiful outdoor lifestyle right here in central Indiana…None of this is mythological. It once was and can be again.”

For more information on Esther Dawson’s history in her own words, visit: broadripplehistory.com. For treasures from our area available at auction, visit RipleyAuctions.com. For more Rex Early stories, he wrote a book full of them, “It’s A Mighty Think Pancake” (that don’t have two sides).