With all the events leading up to this year’s 100th running of the Indy 500, which events are ones that are only for this year vs. annual traditions?

Yes, our annual events are definitely turbo-charged for the 100th Running! One new element – although not a new model for Indianapolis – is the 100th Running Host Committee. In honor of this monumental moment in our community, this year IMS came together with the 500 Festival and the IMS Museum to form a volunteer-led Host Committee, made up of 12 committees and over 40 sub-committees!

The Host Committee is launching all kinds of new events and programs geared toward enhancing the community celebrations surrounding the race – from major events downtown and art programs to Hoosier Hospitality Welcome Desks in airports and hotels throughout the city on race weekend. This is a similar model to what we used to plan and execute the 2012 Super Bowl. It’s a model that we know works in our community because we are fortunate to have so many committed and engaged residents.

You’ll also see a combined effort to really ramp up the décor throughout the community in order to build the excitement and anticipation for the Month of May, including the massive Borg Warner Trophy installation on the JW Marriott. You’ll also be seeing some art murals and other large-scale décor going up in the coming weeks. As we began to plan for this year, one priority from the start has been to paint the cityscape with colorful décor for the birthday party of a century. 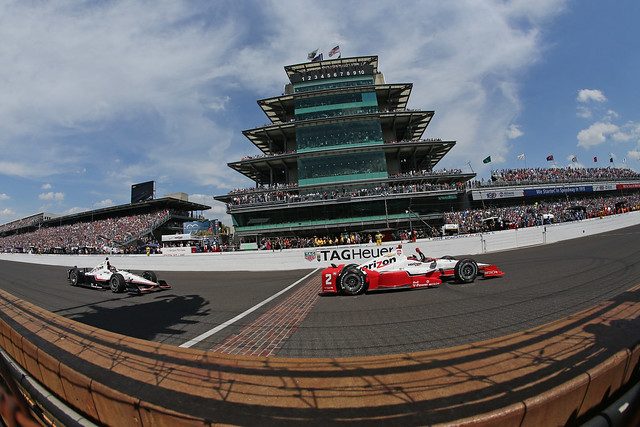 How have communities around central Indiana been involved with this year’s race beyond
past involvement?

The Host Committee itself is volunteer-driven. Dozens of community leaders and civic volunteers have come together to cast a vision for this celebration-of-a-century. Together, along with hundreds of other volunteers, they’ll execute some amazing programs that not only celebrate the 100th Running but have an impact on our community. In fact, many of the programs coming out of the Host Committee are all about fostering community and providing opportunities for connection and collaboration.

The Porch Party Program is a great example of that. In the last couple years, we have seen this grassroots “porching” movement start to take place in neighborhoods throughout our city. There’s an appetite for neighborly connections, and we want to tap into that with the 100th Running Porch Party Program. We’ve set a goal of registering at least 500 parties across 92 counties – front porch, backyard, even inside. We just want people to come together and celebrate.

For hosts who register parties between April 29 and May 29, we may even drop in and join your celebration with pace cars, local celebrities, race tickets and other giveaways! [500Festival.com/porchparty]

Will this trend continue?

We certainly hope so! Many of the programs launched by the Host Committee are intended to empower people to embrace the race and all the celebrations that come with it for themselves. We’ve also been intentional about partnering with other fantastic organizations who are best suited to carry on these programs.

For example, Indiana Humanities issued a poetry contest to identify the “Official Poet of the 100th Running.” They received over 200 submissions from all over the world! The winner will be featured in the Official Program for this year’s race. That’s the sort of thing we couldn’t have executed on our own, and now that Indiana Humanities has spearheaded it, our hope is that they’ll continue on in some capacity in the future. [Top 33 Poems and Winner TBA on April 26, indianahumanities.org/500poet]

What are a few of the events that you would like to highlight?

The Month of May is going to be jam-packed with exciting events and community celebrations. The Host Committee’s signature event, Rock IN Roar 500, will take place on Georgia Street May 20 following Fast Friday track activity. The entire evening will be a block party with live concerts throughout the night, but the headline act will be when 500 local rock stars – like you and me – come together with Indy’s music and racing star power to perform a musical tribute to the Indy 500. More details will be announced on April 29, but mark your calendars now. You won’t want to miss it!

That same night, we’ll also premiere a light and sound show called “SPECTACLE: Sights and Sounds of the Indy 500 Georgia Street.” The short show will play three times a night from May 20 through race day, so we hope that people will come downtown to see it – and even make a night of it. Plan dinner and a show!

You can also expect Main Street Speedway to be abuzz all month long, especially with a couple new bars and restaurants opening just in time for the Month of May. On May 13, we’ll host a family-friendly street festival alongside the Indy Family Foundation. On May 21, fans can join us for “Racing Through the Decades on Main” where each of the venues along Main Street will adopt a decade to celebrate with themed music, cocktails – and even some veteran Indy 500 drivers from each era!

The Indianapolis Motor Speedway, 500 Festival and Hall of Fame Museum will also be turbo-charging our annual events this year in honor of the 100th Running. At IMS, we’ve really bumped it up a notch with our concert lineup with Miller Lite Carb Day Concert featuring Journey on May 27 and Blake Shelton headlining the Legends Day Concert presented by Firestone on May 28.

The Hall of Fame Museum at IMS has also opened a special exhibit honoring the 50th Anniversary of Roger Penske in racing. It’s a great way to immerse yourself in the history of racing and celebrate this year’s pace car driver. [indyracingmuseum.org]

The 500 Festival kicks off the Month of May with the OneAmerica 500 Festival Mini-Marathon on May 7 and caps it off with the KeyBank 500 Festival Snakepit Ball the night before the race – with plenty of other events in between!

It’s going to be an action-packed Month of May, so be sure to visit IMS.com and 500Festival.com/100thRunning for up-to-date information!

Have you enjoyed your involvement with the IMS?

Absolutely, I’m having a blast. Large events in Indiana have been my personal history, and I’m excited to be involved in an event that is 100 years old and has been such a critical part of Indiana’s history and legacy. 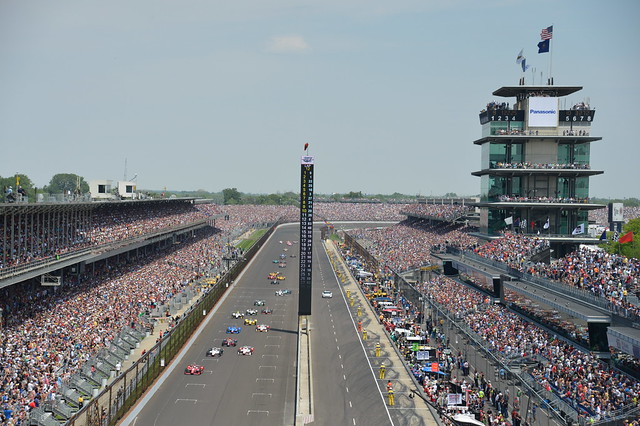 Do you have any family connections to racing?

I do not have any family connections to racing really. I grew up in Maine, but my father was a fan of the Indy 500, and we watched it together every year. We’d get in front of the TV and watch together. My dad loved the race for as long as I can remember, so I loved it too. Mario Andretti was my favorite driver because he looked a lot like my dad in the ’60s.

I moved to Indianapolis from Colorado in 1983. I went to the race for the first time that spring of 1984 and thought it was the most amazing thing ever. I had a blast and have made attending the race a tradition since I became a Hoosier.