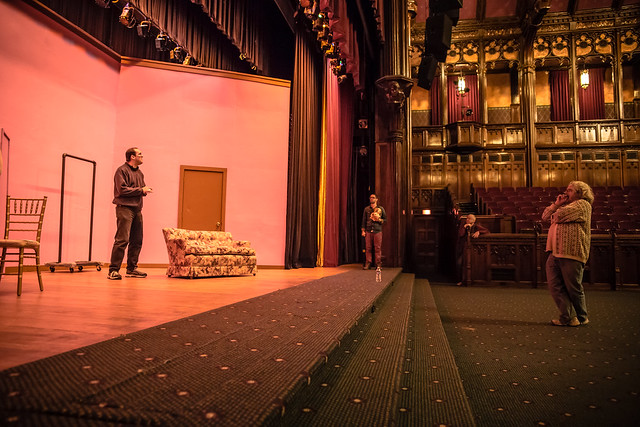 Scottish Rite Cathedral has been a part of the city since 1928 when construction was completed. One of the largest buildings in the country, it is owned by the Valley of Indianapolis Scottish Rite, an affiliated body of Freemasonry.

“Everyone in central Indiana and the downtown area have seen this building,” said John Razumich, a defense attorney and member of Scottish Rite since 2008. “They know it’s there. Unless they have reason to, they don’t go in there. We’re hoping to change that.”

It’s also home to a theater space that seats more than 1,000. The annual membership play, which is also open to the public, is mounting a comedy of Broadway proportions. The comedy farce “The Star on the Door” runs March 13-14 and 20-21. Performances are at 7:30 p.m. with an additional 3 p.m. matinee on March 21.

Razumich calls the play “…a madcap comedy with a series of missed communications and misunderstandings, fighting and someone in drag.”

Set in her dressing room on opening night, an aging movie  star makes her debut. She doesn’t get along with her leading man (Steve Taylor), the producer (John Razumich) is worried about getting his nose broken by his financiers and the Bavarian playwright (Jonathon Holden) is constantly angry. Unbeknownst to our leading lady, her son (Ken McConahay) and her personal assistant (Marti Showers) have some secrets of their own. It will be an opening night to remember.

“Besides being a great show, this is also an opportunity to see what it looks like on the inside and see what goes on there. Hopefully this could lead to a person who might want to join the masonry,” Razumich said. 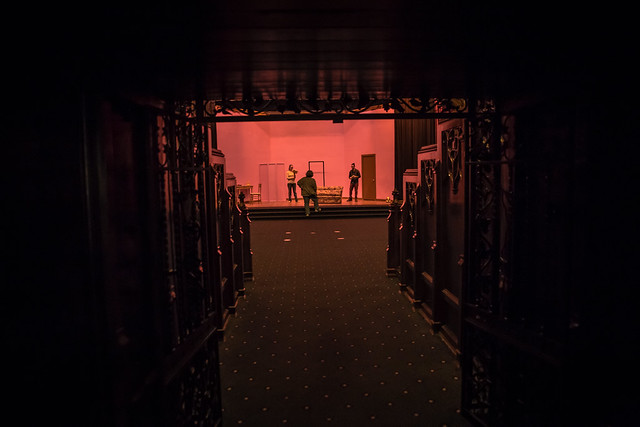 While members of Scottish Rite can attend the play for free, the public is also invited to see the show for only $10. Call 317-262-3100 for tickets. Tours of the building are also available during the week and on the third Saturday from 10 a.m. to 2 p.m.

Hugh Burns is the dramatic director (not to be confused with the director of the play, which is Yours Truly) of the Scottish Rite and has been a member since 1975. The annual play is just one of several events occurring inside the cathedral that the public can attend.

“The Indianapolis School of Ballet will perform here in May (‘May We Dance’ on May 10 and ‘From Swans to Splendor’ May 16-17) and do ‘The Nutcracker’ at Christmastime (December 19-22). The Indianapolis Symphonic Choir and the Purdue Glee Club also perform here. We also do an annual murder mystery dinner theatre, plus we have our own orchestra and chorus,” Burns said.

Scottish Rite will host the Eighth Annual Day of Tea, Fashion and More on April 25 with proceeds going to the Children’s Dyslexia Center. The cathedral has been host to many high school proms and graduation ceremonies, plus wedding ceremonies and receptions. 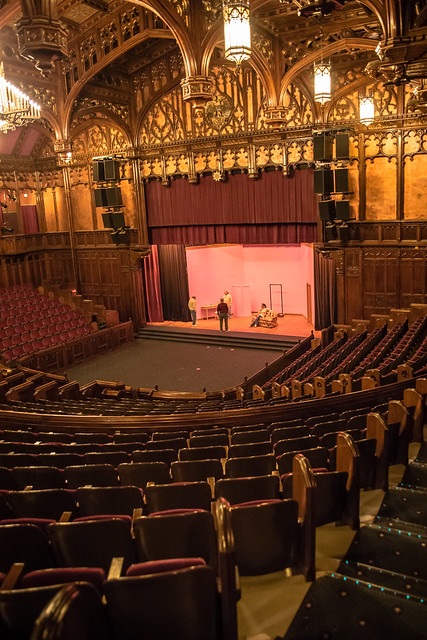 Burns said it’s events like these that he hopes will bring more awareness to the building “It also helps to develop membership. We’ve had companies rent the building to host banquets. Plus there are five different rooms that can be used for lunch meetings. There’s no fee, you just have to buy food from The Double Eagle Cafe.” The cafe located inside the building is open for lunch during the week.

This past December an exterior improvement project that took two years was completed. “We redid the whole outside, refurbished it, replaced some of the limestone. I know it took a while, but it has been worth it,” Burns said.  Besides a brotherhood that Burns has developed with his fellow freemasons, Scottish Rite Cathedral has been a place for his whole family.

“It’s been very good. There are a lot of things I can take the family to. Especially my kids when they were growing up. My wife and kids, and now my grandkids, have been a part of events here. I now work with something that I dearly love which is the theatre. You get out of what what you put in,” he said. 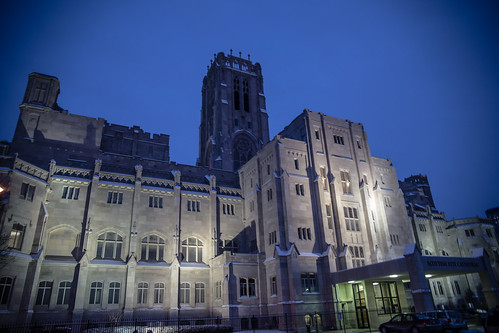