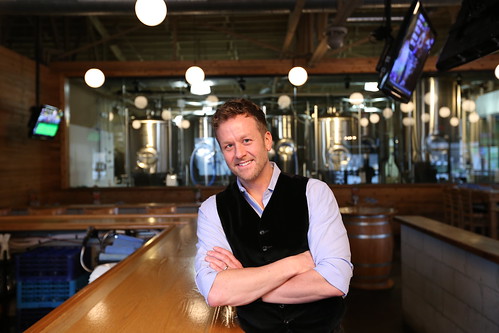 Celebrating 20 years, Scotty’s Dawghouse is the latest of the brand expansion with the most meaningful experience taking place in his hometown.

Scott Wise grew up in Muncie, attended Yorktown High School and transferred to Ball State after his freshman year at DePauw.

“I knew I wanted to own my own business,” shares Wise. After graduation, he worked in Texas at a sporting goods chain as a copywriter and bartended at night. He hated his 9-5 job but loved working in the service industry at night, foreshadowing what was to come.

Wise comes from a family of entrepreneurs; his parents own their own businesses. He was known around town by his parent’s contributions to the community. Wise wished to make his own mark. Upon moving back to Muncie, he heard a corner bar was for sale. Wise created a business plan and presented it to his father, who was impressed with the attention to detail and thoughtful consideration of the plan. The first Scotty’s opened on the corner of University and Martin Streets.

The original Scotty’s is still standing. This year marks the 20th anniversary of its opening. Given the college town success, naturally the second location would be in Bloomington. Now there are 14 restaurants under the Scotty’s branded empire.

All of the Scotty’s restaurants personify Wise’s personality through brick and mortar along with good food. To Wise, each restaurant is a living, breathing child of his.

Wise was raised to give back to the community. As a kid, he raked the lawn next door to help his neighbor, and he’s always had a soft spot for those with special needs. Wise has his own difficulties with low vision, color blindness and a detached retina. A pivotal moment with Wise and his family occurred in the summer of 2014 when Wise teetered near death with a brain infection. After gratefully recovering from that terrifying experience, he was determined to accelerate doing as much good in the community as he could.

“With Scotty’s Brewhouses, we were steady with our community efforts,” shares Wise. “After my brain infection situation, we went from 30 mph to 100 mph.”

It was after that experience that Wise created a stronger vision statement for his company, which included a card that all employees carry every day, reinforcing the message.

The folded business card reads, “I will work hard and make _______ proud today.” The employees fill in the blank. Inside, the card has 30 statements, reflecting the golden rule. 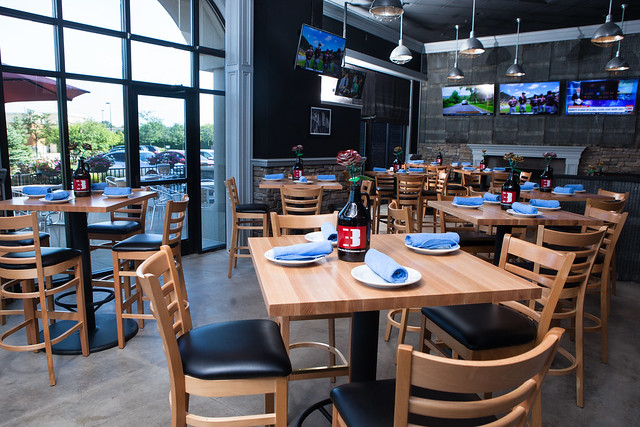 “They come to work and want to make themselves, their parents, their kids proud,” says Wise. “Every 90 days, do something in your community. Donate your mind, body and soul to something you love. The card was born out of my brain trauma and has transformed the company.”

This pivot of focus led Wise to a decision he is most proud of: opening a THR3E WISE MEN Brewing Co. at a Courtyard by Marriott in downtown Muncie with the intention of hiring a portion of his workforce from the Erskine Green Training Center for people with special needs.

When The Arc of Indiana reached out to Wise to become a part of this groundbreaking project, it was through a fellow Yorktown High School grad Jeff Huffman via Twitter. Huffman has a son with Down syndrome and is a major advocate with The Arc of Indiana. He connected Wise with Kim Dodson, Executive Director of The Arc of Indiana, who pitched the idea to Wise. Dodson barely began to speak when Wise interrupted her and said, “I’m in.”

Dodson replied, “20-25 percent of your workforce must be composed of the training institute students who have special needs.”

“I said I’m IN! 100 percent, I am IN!” replied Wise, who knew with every fiber of his being that this was the right thing to do.

“This fit 100 percent with what we are doing. What The Arc of Indiana was asking is what my company is all about,” states Wise. “I am a believer in God. I am supposed to be doing this restaurant.”

After committing, the reality set in about consideration for other groups, guests and the other employees.

“It’s not as complex as one might imagine,” shares Jason Podell, Director of Training for Scotty’s Brewhouse and THR3E WISE MEN Brewing Co. “Sensitivity training for awareness and how to work with people with special needs was helpful.”

Three weeks leading up to the grand opening, the human resources director came to see Wise with tears in her eyes. “Scott, you wouldn’t believe how incredible this thing is,” says Wise of the conversation. “We thought we were doing something for the people with special needs, but you should see what is happening to the people around them.”

“The team is cohesive because of these people,” says Podell. “We’ve never seen anything like it – we lost fewer employees through the process than ever. We average a 30 percent attrition rate before the doors open, and in Muncie, it was less than 5 percent.” 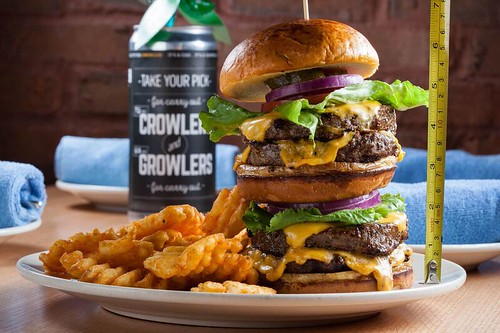 “The employees from the training facility are very loyal and productive when focused on a task. Their excellent attitudes are contagious and greatly beneficial for our culture,” says Podell. “After this experience, we are using this as a model for all of our restaurants.”

“To be able to celebrate 20 years in business with the new downtown Muncie location is so meaningful in so many ways,” says Wise. “It’s awesome for me to come back and open such an impactful restaurant to celebrate our 20th year.”

“I love the fact that we are trendsetters for our community, state and country,” says Podell. “Adults with special needs have the potential of being an amazing workforce, and it’s relatively untapped. It’s the right thing to do. We are honored to be a part of this. It’s eye-opening and heart-opening for all involved.”