The idea began with a simple observation. Parishioner Mike Semler noticed how St. Thomas Aquinas and St. Joan of Arc hosted their own summer festivals, and he wondered why Immaculate Heart of Mary (IHM) couldn’t host its own.

“I felt there was a void in our neighborhood to do another festival,” says Mike, who envisioned a big party for the church and community. Now in its seventh year, Fall Kick-Off Fest will occur on the parking lot of IHM from 4-11 p.m. on Saturday, August 29. All proceeds help support IHM, its operation and its mission. 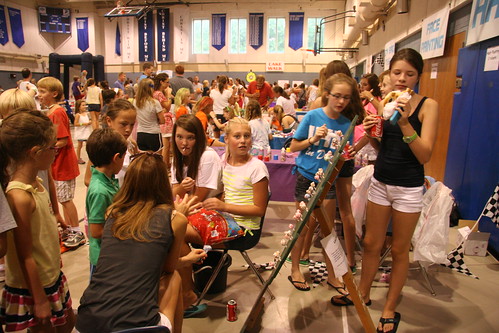 IHM will celebrate the Fall Kick-Off Fest amongst several other great northside festivals. Just a week before, St. Thomas Aquinas hosts SausageFest. The event will feature music, games and food and takes place on Friday, August 21, from 6 p.m. to midnight and Saturday, August 22, from 5 p.m. to midnight. Also St. Joan of Arc will celebrate its 25th annual French Market Festival the Saturday after Labor Day; the event takes place from 12-10 p.m. on September 12.

Mike, who has chaired the IHM Fall Kick-Off Fest for its seven years, estimates that over 3,000 people attended the event in 2014 with the majority of them non-parishioners. “It allows everyone who lives in the neighborhood to enjoy a great early fall afternoon with great food, great beverages and great entertainment,” he says.

The event begins with a 5K run/walk at 9 a.m. The cost is $15 per runner with a discounted rate for a family of four or more runners. Participants can register through August 27. Last year, IHM welcomed over 900 runners.

The remainder of the Festival begins at 4 p.m. General admission is free, but guests can purchase tickets for great food and drinks. With local vendors like 317 Burger, Fat Dan’s Deli, Mama Carolla’s, Brugge Brasserie and The Flying Cupcake, the Festival will also feature a beer garden for guests who purchase a wristband. 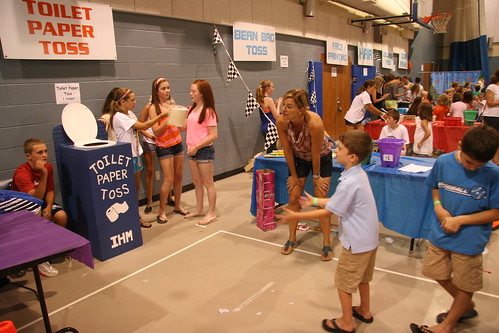 The event will also offer plenty of activities for kids, including a Kids Zone with a cake walk, bounce houses and carnival games. Depending on age, admission is either $10 or $15 and offers unlimited fun from 4-8 p.m.

Throughout the night, several musical acts will perform, including Greta Speaks and The Dugan Brothers Band.

“The gist of it is let’s have a big party for our church but more specifically, let’s have a party for our neighborhood and community,” says Mike. The IHM Fall Kick-Off Fest along with SausageFest and French Market Festival are three great ways to celebrate the beginning of fall.