Most recently, LeCrone was in his first production at Zionsville High School as Ren McCormack in “Footloose.” “I’m very excited to be a part of the Zionsville show choirs this coming year as a Royalaire,” says LeCrone.

LeCrone’s other credited productions include: The Who’s “Tommy” at Footlite Musicals, currently performing through May 17 (Principal Dancer); “And Then They Came for Me: Remembering the World of Anne Frank” at Indiana Repertory Theatre (Heinz/Hitler Youth); “West Side Story” (Baby John), “Hair” (Paul) and “The King and I” (Captain Orton/Monk) at SSS; and “High School Musical: On Stage” (Troy Bolton) and “Beauty and the Beast” (Cogsworth) at Christian Youth Theater.

Co-founder Emily Ristine Holloway is a professional actor and director in our community. A Park Tudor grad, Holloway grew up doing summer stock theater and now loves passing on this tradition to area youth. “Producing high-quality musical theater and working with teens and children in a professional and supportive atmosphere is the goal of our program which, since its inception, has been housed at Park Tudor School,” says Holloway.

“I approached Park Tudor about donating their facilities for our productions, and they generously obliged,” says Holloway. 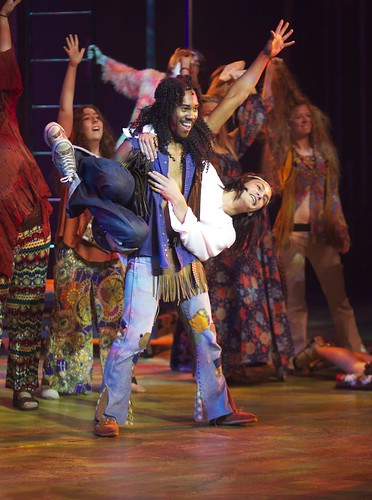 To be eligible to audition for SSS, a student must be at least 13 years old and have completed seventh grade. SSS Academy accommodates younger actors entering second through eighth grade.

“Our Academy for younger students, which is like a summer drama camp, has been well-received,” says Holloway. “These students will be joining the cast of ‘Mary Poppins’ in smaller roles.”

“I’m looking forward to rehearsals. The director and cast are all great to work with and very professional,” says LeCrone. “They push us to be the best, and you can’t beat their professionalism and the fun we have as a cast. The other thing I love is how inclusive SSS is with the younger kids from the Academy.”

The program is supported by many talented mentors from our community who all share a common vision for enriching the lives of students through the arts.

Previously Fennig was in “Hair” and “West Side Story” and played Arista in “The Little Mermaid” and Lady Thiang in “The King and I.” She will be attending New York University in the fall to study musical theater.

“SSS has been the most amazing experience for me because I came in as a timid little girl and am now coming out full of confidence and passion for theater,” says Fennig. “Working with the staff at SSS is spectacular. They are so talented at taking a group of kids and turning them into amazing young actors and actresses. I fully believe I would not have gotten where I am now without my experience at SSS, and I could not be more grateful.”

No stranger to leading roles, Crawfordsville High School junior Elizabeth Hutson celebrates her fourth season with SSS. Last year, she played Anna in “The King and I,” and this year she is performing as Marcy Park in “Spelling Bee” and the title role in “Mary Poppins.” 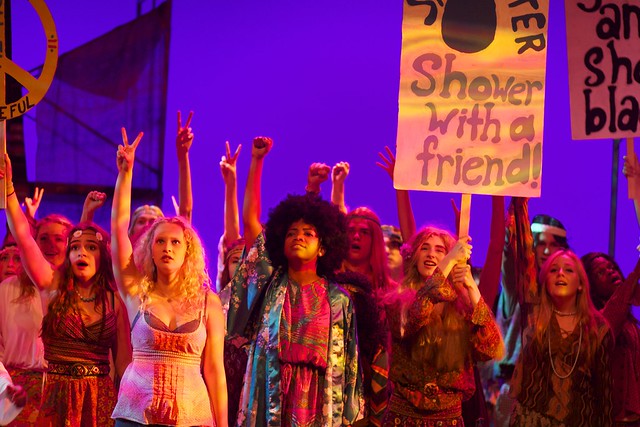 “My family has been so great in supporting me in all of my endeavors and driving me back and forth until I got my license last year and could drive myself to and from SSS rehearsals,” says Hutson. “I also just recently played Millie in my high school’s production of ‘Thoroughly Modern Millie,’ and I’ve played Adelaide in ‘Guys and Dolls’ at Wabash College.”

“It is such an amazing collaboration of gifted students and expert artists,” says SSS Managing Director Rachel Riegel. “Watching the productions come to life is magical. We are always excited about our show selections, and this summer has the added bonus of ‘Mary Poppins,’ which was only recently released to community theaters, so we are one of the first to produce this locally.”

“SSS is an excellent experience. I am preparing for the future while making lasting friends,” shares LeCrone.