Rich with history and tradition, the Union Chapel Cemetery (UCC) is cared for by a unique group of volunteers, many of whom have generations of relatives buried here.

On a beautiful Saturday morning in early May, a group of 18 volunteers gathered to clean up debris and branches and beautify the grounds of a sacred place that means so much to these people, many having ties to this land dating back hundreds of years. 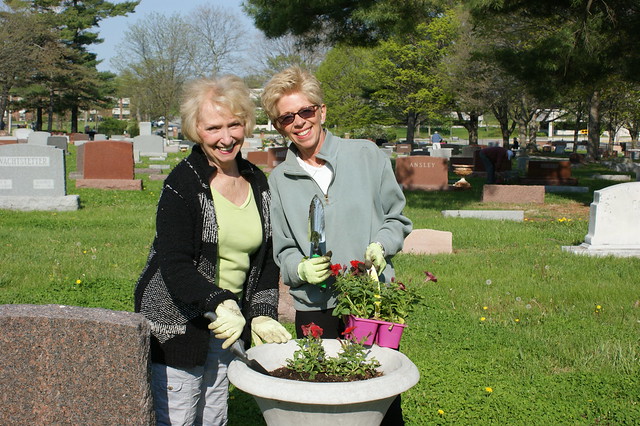 The UCC originated as the Whitinger Family Cemetery in 1822. The Whitinger family donated the surrounding land to the community as a nondenominational community cemetery, and the Union Chapel Church was erected in 1864. In 1836, the UCC Association was formed to manage the cemetery, and in 1901, the association was incorporated. A designated Indiana Historic Cemetery, the UCC is cared for by all their volunteer Board and friends of the UCCA. Now the UCC has grown to nearly 11,000 burial sites spread out over 24 acres through acquisitions of additional land over the years.

With beautiful views of the White River from several vantage points, it is easy to forget how close you are to major city streets. This is one of the many charms of the UCC.

“In spite of the fact that it is so close to so much development, nestled along the high banks of the White River, it is a tranquil island and seems like you are far removed from the rest of the world. It’s surprising it can be that way, but it is,” says John Hague, who has four generations of his family buried at UCC. John, along with his brother, Glen, have watered the flowers at the UCC for over 16 years. He calls it “a labor of love to be involved with this cemetery.”

Carolyn Dodd and her daughter, Shawn, also have four generations buried at UCC. Shawn tells an interesting story of when she held a garage sale at her home located near 49th and Penn, and a woman asked her if she was selling any of her gorgeous perennials because the lady was looking for plants for Union Chapel. 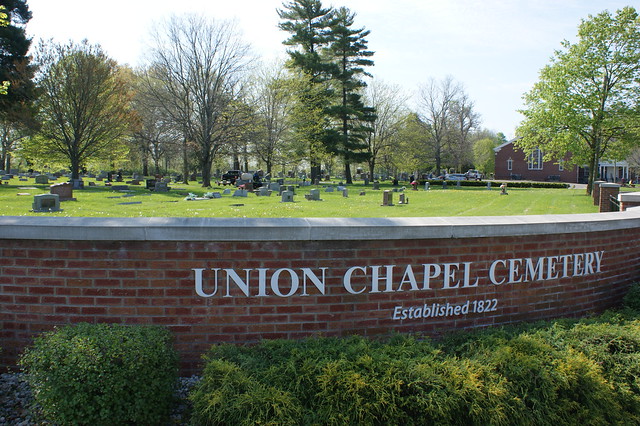 Turns out the woman who stopped by was John’s daughter, Susan Machledt. Machledt had just come from the UCC where they were creating the Scattering Garden. She was admiring Shawn’s gardens and shared what she had been doing that morning. Shawn pointed to her mom and asked Machledt to speak with her.

That conversation resulted in Carolyn joining the UCC Board of Directors, and she is now the current President. “This cemetery means so much to me,” shares Carolyn. “I am taking care of my family, making the area where they are buried beautiful.”

UCC has always been part of Carolyn’s life. Her mother died in 1944 when she was 37 years old. Carolyn was six at the time. “That is my first real recollection of going to the cemetery, even though I am certain it wasn’t my first time there,” shares Carolyn. “My father, Dorsey Dodd, was on the Board along with at least one of his brothers, and over the years, aunts, uncles, cousins and grandparents were buried there, so in my mind, it was ‘the family cemetery.’”

Given the extensive family ties, it is only natural for Carolyn to continue the Dodd family involvement to care for the cemetery. And not only has the Board carefully managed their funding, they have made significant improvements to the property. Other families with long-standing ties who also care deeply for UCC are the Haverstick, Moffit, Tyner and Kerr families.

“I recall as a young man, I was paid as a substitute gravedigger, shoveling by hand,” recalls UCC Board member Bill Tyner. “Then the cemetery bought a backhoe, and I was paid more.” The Tyner family farm was adjacent to the cemetery, eventually selling a parcel of land for its expansion.

Off in a peaceful and beautiful corner of the cemetery to the south end is the Baby Garden. With lilies and irises from her own garden, Carolyn has created a special private area for those that have lost someone infinitely precious, a child. 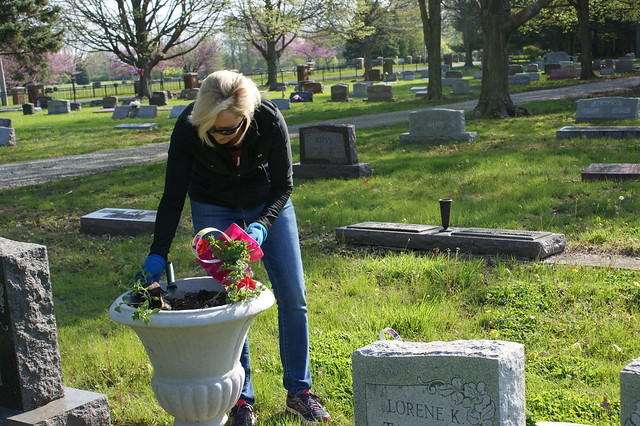 Carolyn dug through the piles of dirt that is excavated to find the stones to line the landscaping beds along the fence and trees that border and has taken thoughtful care and concern to create a beautiful resting place. This is perhaps Carolyn’s greatest contribution to the cemetery that means so much to her.
Carolyn has started the baby garden and the cremation scattering garden, while her nephew designed and donated the plans for the fence and the curved wall.

“Carolyn’s contribution has been significant,” says John. “We all take pride in volunteering our efforts to care for this peaceful place.”

Through research, it was discovered that over 400 veterans are buried here, including a number of Civil War and Spanish-American War veterans. There was an early tradition of a memorial service to honor those veterans. Carolyn has a copy of a Broad Ripple newspaper from 1922 with an article about “Decoration Day at Union Chapel Cemetery” where 600 attended! This tradition was lost over time but has been resurrected by Carolyn in 2008.

“We would be thrilled with 60 people in attendance,” she says. The service is always the first Sunday after Memorial Day. This year, it is May 31 at 2 p.m. in the north section of the cemetery.

“The memorial service was a big family reunion and celebration,” says Shawn. “My mom works hard to make sure it is a nice celebration. She doesn’t do anything that isn’t top notch. She brings an oriental rug, a nice wood table, linens and a crystal vase for the flowers to distribute to the graves. She really cares for this place with thoughtfulness and love.”

Carolyn cannot imagine the UCC without John Hague’s dedication. “He designed our website, has been treasurer for many years and invests our money wisely,” she says. “I can’t imagine having to fill his shoes. We are so very, very fortunate to have him.”

Marcia Hutchinson, whose father is buried at UCC, was recruited by Carolyn to help. Hutchinson started Sunday school at the Union Chapel Methodist Church when she was a child. Her first Sunday school teacher was Mrs. Dawson, another popular name on the headstones at the UCC.

Hutchinson went on to become a Methodist pastor. Recently retired, Hutchinson is happy to help care for the grounds by planting flowers and doing whatever is necessary to beautify the area. 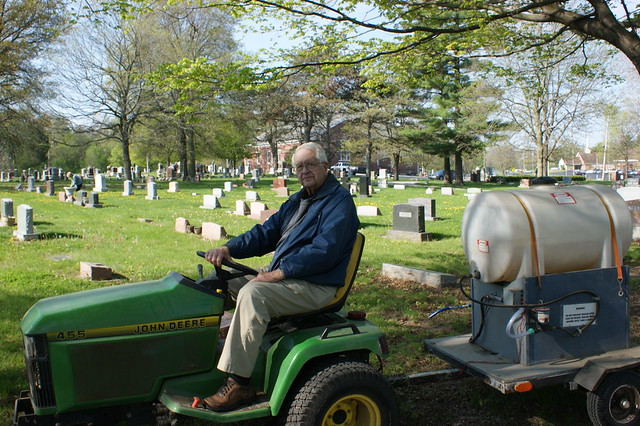 “Back in the 1950s, the creation of the Union Chapel church became a significant part of the community,” shares Hutchinson, now a Board member of the UCC.

While it is natural to care for those people, places and things that you love, some are just drawn to the peaceful surroundings and the beauty of the area, regardless of family ties. It is not uncommon to see someone walk or ride a bike through the grounds, breathing in the fresh air and taking a moment to reflect.

“It seems like the positions on the Board are held in perpetuity,” jokes Shawn Dodd. “But volunteers are always welcome, regardless of ties to the cemetery.”

Thousands of plots are available from the nearly 11,000 grave sites. Please visit unionchapelcemetery.com for more information.

Keeping in Step with Carol Frohlich