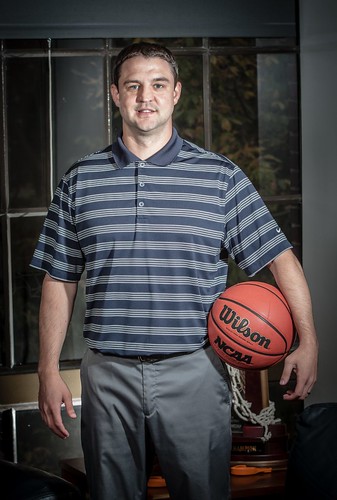 Butler University’s men’s basketball team appeared in consecutive national championship games in 2010 and 2011, taking America by storm and shining the light on the “Butler Way.”

Since then, the stage has gotten bigger—the Bulldogs moved from the Horizon League to the Atlantic-10 to the Big East Conference—and the memories of those national championships are becoming more distant.

Nevertheless, values instilled in the players on the court are as apparent as ever before.

“Everybody understands that you’d like to be successful, but the process is practicing and development and building the team and sticking to your values—our values of commitment and unselfishness and improving all the time—those are way more important things than winning a game, because they allow you to be successful,” Barry Collier, Butler’s athletic director, said. “The scores of the games are the results of the work you put in.”

If Collier’s words prove true, success is bound to be around the corner for the Bulldogs.

Despite a 14-17 campaign last season, in which the team struggled in its initial trudge through the Big East, senior Alex Barlow believes success is as close as a break here or a break there.

If anyone would know about quickly turning a corner or overcoming odds, Barlow would be that person. Barlow was a walk-on to the team during his freshman year and saw limited minutes. During his sophomore season, he came onto the scene in a big way with a buzzer-beater to defeat Indiana University. Last season, he was the team’s starting point guard.

He can’t believe the ride is almost over.

“It’s crazy to think about it being my senior year,” he said. “I’ve been playing basketball since I four, five, six years old. To think this could be my last year is crazy. My time at Butler has afforded me a lot of opportunities and I’ve developed a lot as a player and a person being in this program. I’m just going to leave it all out there this year.”

Joining Barlow as a threat on the court this season is junior Kellen Dunham, who emerged last season as the team’s most potent scoring threat, leading the team with an average of 16.4 points per game.

Dunham let his playing on the court do the talking last year, but will look to take on a more vocal role this season.

“Leadership wise, I would like to make a contribution, keeping every day a good practice and getting the most out of it,” he said. “Personally, just challenging my teammates each and every day and hope they do the same for me.”

Dunham took a trip this summer to the Philippines with Athletes in Action, a ministry group. He played games with other college players from across the country against the likes of the Philippines national team. He said he developed more than basketball skills.

“I’m in one of our meetings and we’re going through Scripture and I’m thinking, ‘When is basketball practice? What am I doing here?’” he said. “It was the first time in my life where I put God first and basketball took a way back seat.”

Dunham was forced to play multiple positions, some of which he was unfamiliar with. He said he benefited from the experience.

“I was asked to create for my teammates as well as myself,” he said. “A lot of our sets allowed me to work inside-out and we got a lot of transition baskets. When I was running the floor, I was able to break free.”

He also learned a thing or two about leading others.

“I think you aren’t born with leadership, you develop it as you grow as a person,” he said. “I think I picked up on that and can help our team win this year using that skill.”

He won’t have to do it alone, of course. Dunham and Barlow both highlighted the importance of the bonds the team shares off the court.

Barlow reflected on some of the times he has grown most with the team.

“Going to Australia last year was a lot of fun, and we got to bond a lot,” he said. “Going to Maui (in 2012) was a lot of fun. The times we get to spend as players and coaches and managers are special memories.”

Dunham echoed Barlow, and said relationships are critical, both for having success on the court and developing off it. 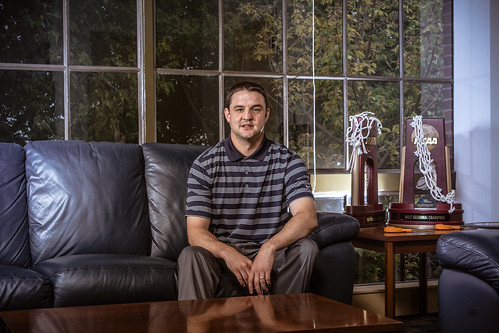 “They’re teammates, they’re close, and they respect one another. That’s important. When your basketball team has good chemistry, it’s a good sign for your team,” he said.
Collier said team unity has always been a staple of the Butler tradition.

“We play one against five because our five play as one,” he said. “That is the key for us.”

While the team looks to have a new and improved look this season, the venue in which they play will also have a new look. 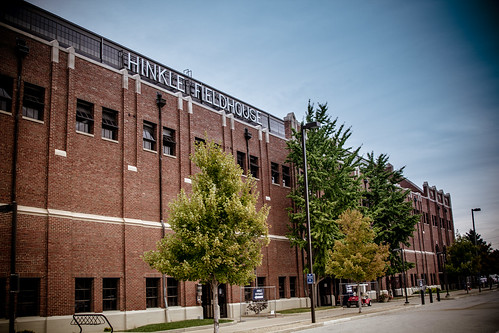 Hinkle Fieldhouse began a $34 million renovation project in May 2013, and the renovations are set to be complete in time for the team’s first exhibition game on Nov. 1.

Changes fans will notice include a new video scoreboard and chair-back seats, as well as amenities for those with disabilities, including an elevator and handrails. However, changes have also taken place behind the scenes.

What used to be the natatorium has been transformed into a place for a new training room, an academic center for student-athletes, and offices for the basketball coaches.

Ken Larose, Butler’s associate athletic director, said the response from the athletes has been extremely positive.

“The true beneficiaries of this whole project are the student-athletes,” he said. “They are the ones who are going to get new locker rooms. The coaching staff has said response has been overwhelming to the new– the new effects of the academic support area, the new athletic training area.”

Collier said that fans will get the best of both worlds—they will benefit from the improvements while still recognizing the historicity of the building.

“I think the fan experience will be significantly improved because of the preservation project,” he said. “There will be more amenities, more comfort and convenience, and at the end of the day our fans will still know they are in Hinkle Fieldhouse and will love it for the national historic landmark that it is.”

While fans will come through the turnstiles to see the changes in the facility, the emphasis this season will still be focused on the players on the court.

Barlow said the team has the goal of returning to the dance in March. After all, Butler has shown a knack for playing the role of Cinderella.

“Our ultimate goal is to play in the NCAA tournament,” he said. “As you’ve seen with Butler, once you get to the tournament, anything can happen. We’re not going to do that if we don’t get better each and every day.”

More Than Just Any Bulldog