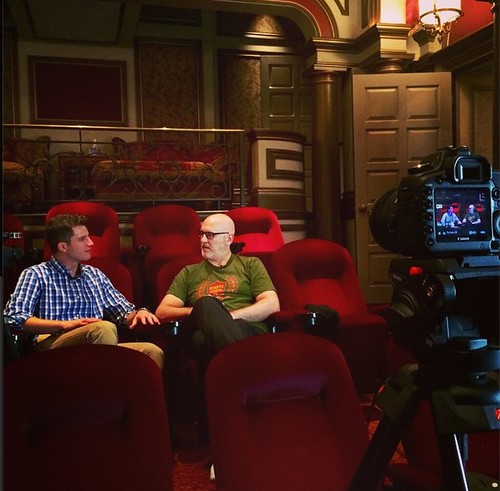 Verge is a haven of opportunity for early stage investors. The meet ups create an environment in which to share experiences with fellow entrepreneurs, meet with investors willing to fund a vision and find technical and strategic talent to help start-ups build.

Verge started in 2009 by serial entrepreneur Matt Hunckler and a couple friends who saw an opportunity for a new type of networking meet up. The theme has caught on, and with the success of the Indianapolis meetings, others have licensed with Hunckler to foster entrepreneurial growth in their cities.

“We wished to help speed the process of the ‘I have an idea, now what do I do?’” says Hunckler. Verge connects founders, developers and investors with resources and tools to grow their start ups. It’s like match.com for start-ups. 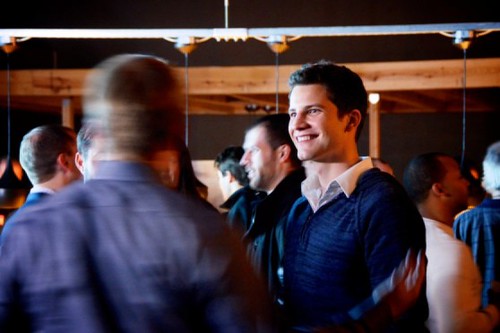 Hunckler mingling at a Verge gathering.

Angel Morales, founder of Smarter Remarketer, was celebrated at the end of year meeting, held at the home of Scott Jones. Morales once pitched his idea for his company at a Verge meeting and had become a sponsor of Verge for the first time.

“Verge is a community, though at times a support group, for those who dare apply the label ‘entrepreneur.’ Verge lifts you up when you need it and applauds your victories when you’ve earned them. Honestly Verge and several of its members are why Smarter is here,” states Morales.

So far, the formula is working. Here are a few success stories:
1. Expected Behavior grows from a two-founder software consultancy to a 10-person team with several profitable SaaS products, including DocRaptor, Gauges and Instrumental App.
2. MyJibe launches its personal finance software at a Verge event and is acquired by Money Desktop less than a year later.
3. TinderBox finds validation for its online proposal software after pitching at Verge. Since then, TinderBox has grown to more than 60 employees with clients like Gannett, Angie’s List and ExactTarget.
4. Smarter Remarketer pitches for seed funding, gets their $2 million, then grows into a $7 million investment led by Battery Ventures. All together, Smarter Remarketer has raised more than $20 million in funding.

Verge maintains an office inside a shed at DeveloperTown in SoBro. It is strategically located one interior door away from the Speakeasy, a tech startup incubator.