It began as just an idea. John Newton, owner of Indy Hostel, and a friend sat discussing future business plans. They both knew how to fix houses, so they talked about remodeling and renting properties when a second thought came to their minds. This idea quickly flourished into more than a simple business.

Having traveled to France and Spain, Newton remembered staying in hostels and how each had its own personality. “They’re all very unique, and that makes them that much more of an adventure,” he says. 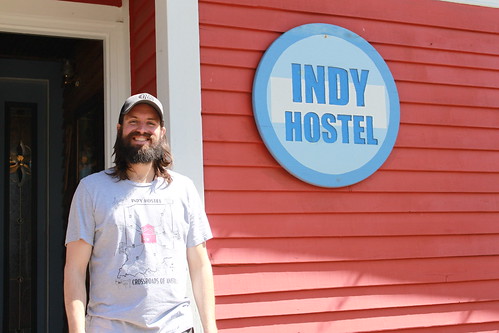 In 2003, after buying and remodeling a house on Winthrop Avenue and 49th Street, Newton opened the Indy Hostel in the spring of 2004. Encompassing two houses and a common area, the Indy Hostel can sleep about 40-50 people and offers a kitchen, bike rentals, laundry and help chauffeuring travelers from the airport and bus station.

About half of its guests are international travelers, but the Indy Hostel also welcomes backpackers, families and bikers. The busiest time of the year revolves around Indy conventions and events.

“Indy is a cool town. We just kind of help people see that when they travel here,” says Newton. He is adamant that the Hostel owes its starred reviews to their dedicated staff.

But the Hostel is more than just a place to stay. The grounds are home to art shows, yoga, local bands, poetry readings and storytelling. The Hostel even holds weddings and other celebrations, and employees help with planning, hosting and cleaning. In fact, Newton held his own wedding reception there, hosting his family and friends overnight at the hostel.

“August is a marathon in general. During the summertime, the house is just alive with people,” says Manager Paul Humes. “The people themselves are kind of the acts here. There are popup shows all the time.” 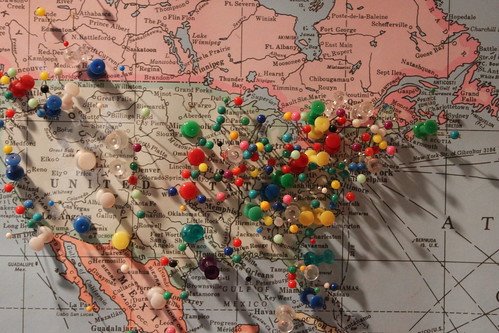 Humes has traveled much of the globe. After serving in the Air Force, the Peace Corps, studying abroad and backpacking, he found himself back in Indy, soon at the Indy Hostel as a hiking leader and then as the manager.

“I think I will always feel the warmth in the summers when I can work from the back porch with my shoes off and just think, ‘This is my job,’” says Humes.

For years, the Indy Hostel has hosted Folk Fest, a summer of music, comedy, food and fellowship. With hundreds attending, the Festival is sponsored by many local businesses and features food and drinks from local venues. For days throughout August, guitars, violins, accordions, harmonicas and comedy acts dominate the two stages at the Indy Hostel.

Welcoming everyone is what this place is about. To the staff, it’s about supporting a Japanese athlete aiming to run seven marathons on seven continents. It’s about showing a family the Children’s Museum or helping an Australian farmer find his way home.

Even more, Newton values an important lesson that staying in hostels taught him. “Many walls that divide people don’t happen at hostels,” he says.

Perhaps that’s what makes the Indy Hostel so special. It’s a welcoming place that defies walls of nationality, faith and even language. A place where walls unite travelers as they share their stories and artists as they play their songs. A place that’s Indy at its heart.

Rob Sabatini Has the Best Seat in ...