A “Whole” Lot of Controversy 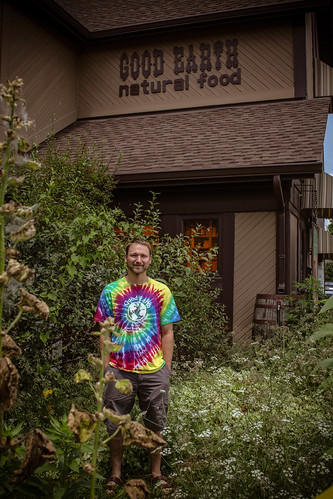 The contentious battle of the site formerly known as the Shell Gas Station located at 64th and College Avenue has been depicted in recent months as a sort of David and Goliath battle between the 44-year-old Good Earth Natural Foods store and Whole Foods. But when I sat down with Good Earth owner Rudy Nehrling, I learned that while his concern was having the store located in his back yard, that was simply the reason he became involved in the conversation. The grassroots effort he spearheaded to “Keep Broad Ripple Local” is not against new development but rather about the defined zoning ordinances being modified to allow for a project that if approved will be the largest development in Broad Ripple. As a result, this project would not be in alignment with the Comprehensive Plan for the area.

Nehrling wants the community to know the “battle” is not about him or his store or even Whole Foods. He indicated he already has a working relationship with the Whole Foods located in Nora. “We already refer our clients to them if we don’t have something and they refer clients to our store if they don’t have something. He goes on to say that having more competition is good for the health food industry but said he was confused that Whole Foods would build a store less than 5 miles from their Nora location. He feels that the depiction of a battle with Whole Foods is to create a distraction from the zoning issues. “Once this is approved, there is no going back. Literally any big box retailer will easily get approval to build here—even if that means building structures that do not meet the criteria.”

The concern for residents and local business owners is that continuing to violate zoning ordinances have been the same issues that put too many bars on Broad Ripple Avenue, which have been the focus recently of increased violence in the area.The parking garage intended to reduce street congestion and provide additional parking is reported to be at about 5 percent capacity. So why then is the former gas station site being approved as the largest proposed structure in the village? This is exactly what Nehrling would like to know. How is Broad Ripple going to be affected if they allow the area to be opened up to big box retailers? He also noted that there has been no discussion of what is involved in working with the EPA to address the cleanup of the former gas station site.

More than 5,000 residents and business owners signed the petition to “Keep Broad Ripple Local.” On message boards regarding this issue the Comprehensive Plan is also a point of contention. They say the plan was designed to protect the residents and the neighborhoods, and yet the precedent has been set to continue to approve these variances. Nehrling cares about Broad Ripple’s past and its future and encourages everyone to do their homework and understand if this proposal is approved, the very characteristics that define Broad Ripple Village will be unrecognizable. Nehrling knows what is at stake and he wants the community to understand that the perceived David and Goliath battle is not about Good Earth, but what Broad Ripple represents: maintaining the integrity of Broad Ripple. He also knows it will take the entire Village to grow with integrity.

Broad Ripple Asset to Be Part of ...

A Friend in Need