The Indy Crash is in the Midwest Region, Southwest Division, of the Women’s Football Alliance (WFA). Comparable to the NFL, the WFA is the highest level of women’s football in the world. The league started in 2009 when the St. Louis Slam won the first championship game, and now there are over 40 teams in the league from Seattle to New York City.

July marks the end of the regular season for these female athletes and the start of playoffs as two “Super Bowl” worthy teams, one from the NFC and one from the AFC, will battle for the championship in Los Angeles on August 6.

Indy Crash’s mission is to promote women in sports and provide an opportunity for ALL women to come together as one, as a team, to elevate women’s athletics in our communities, encourage diversity and serve as role models to young girls. 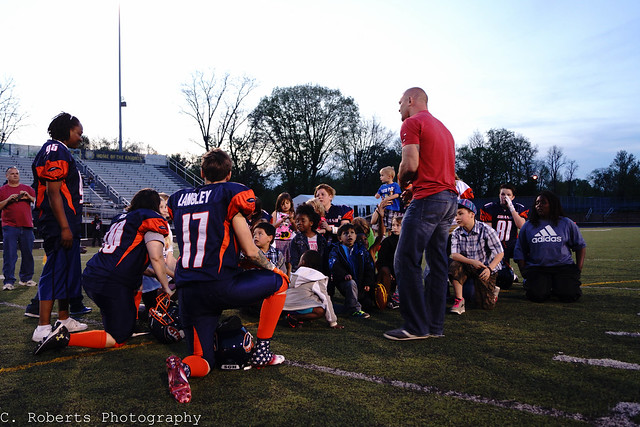 Make no mistake, this is real football, just like we watch on TV, in the fall on Sundays, but women are wearing the uniforms, pads and helmets. There are rocket throws from the quarterback, hard hits on the line, high level defensive strategies and fierce pounding touchdowns by All-American running back Kiva Thomas. These are serious athletes who are also school teachers, computer technicians, healthcare professionals and military women.

The team welcomes all women. Football has a place for these women regardless of size, height, weight, speed, background and level of ability. Women are not placed in a box or asked to change or adapt to societal norms. These women send a message stronger than just the sport of football itself. 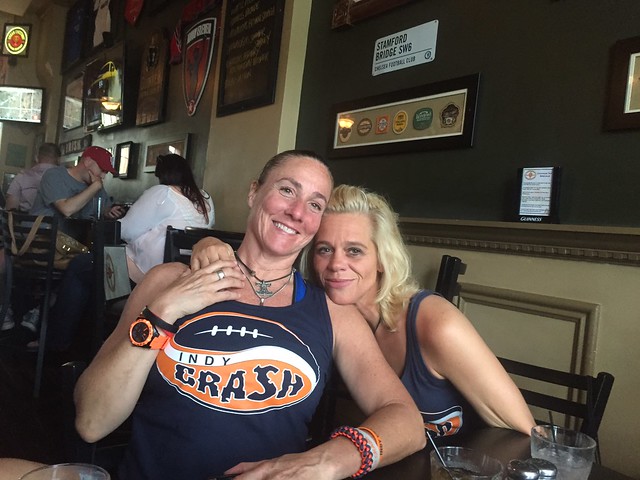 Team owners April Priest and Lesley Neff reside in Broad Ripple, which they consider the heart and home of the team. The team has found amazing support from local businesses, in particular Buffalo Wild Wings at Glendale Center who hosts all of the team’s after game celebrations, First Wednesday fundraisers and special events.

Games are played at Marian University, the Crash home field for the last three years, supporting their April through June season. Playoffs are in July with an August championship game. Tryouts are in November and January, but the team is always welcoming new players.

The Indy Crash will be hosting their end-of-season fundraiser at Buffalo Wild Wings Glendale on Wednesday, July 1, and will be supporting Nathan’s Playroom’s golf outing July 16. Come out and meet the players, get autographs and help support female athletes.